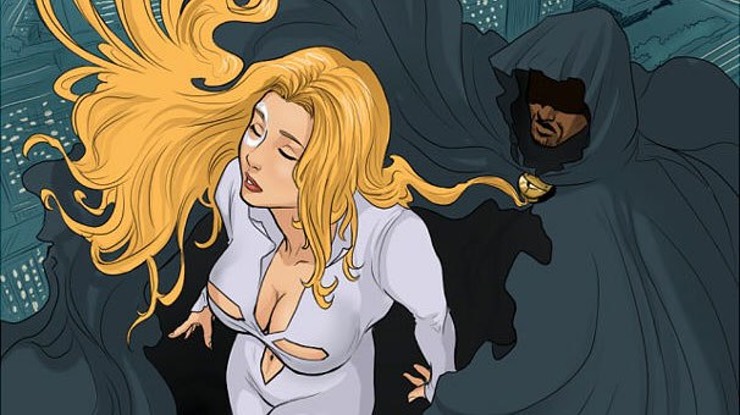 Out of nowhere, Marvel and ABC Freeform surprised fans by releasing the Cloak and Dagger trailer. The trailer does reveal a few things about the show such as tidbits about their lives, how they meet, how they get their powers and who they’ll be up against. Marvel’s Cloak and Dagger features Olivia Holt as Tandy Bowen (Dagger) and Aubrey Joseph as Tyrone Johnson (Cloak). You can watch the trailer below.

Before discussing the trailer, let’s first discuss the pair’s comic book origin and why creating the show about them is timely and relatable to modern viewers even though they debuted in the mid-80s. Tandy Bowen and Tyrone Johnson are a couple of runaways who end up in New York City. Tandy Bowen comes from a rich family but runs away because her rich supermodel mother has no time for her and her father left them on a journey of self-discovery. Tyrone Johnson is a poor teenage African-American who ran away after witnessing his friend get shot by a cop and was unable to stop it due to his stuttering speech impediment.

The two become friends and were approached by men who offer them some money to participate in a medical experiment. They accept the offer for their need of money, but the company turned out to be a criminal organization testing a new form of illegal drug. The pair escape and were the only survivors of the experiment. The drug activated their dormant mutations thus giving Tandy the power to create light daggers capable of stunning her enemies and purging toxins from their bodies while Tyrone is given the power to tap into the Darkforce dimension enabling him to teleport great distances and when he engulfs his enemies in his cloak, they experience their darkest fears leaving them catatonic and at the same time drain their life force. The pair work as vigilantes protecting runaways like they were and keeping the streets clean from illegal drugs as well as getting involved in fantastical adventures with other Marvel heroes. 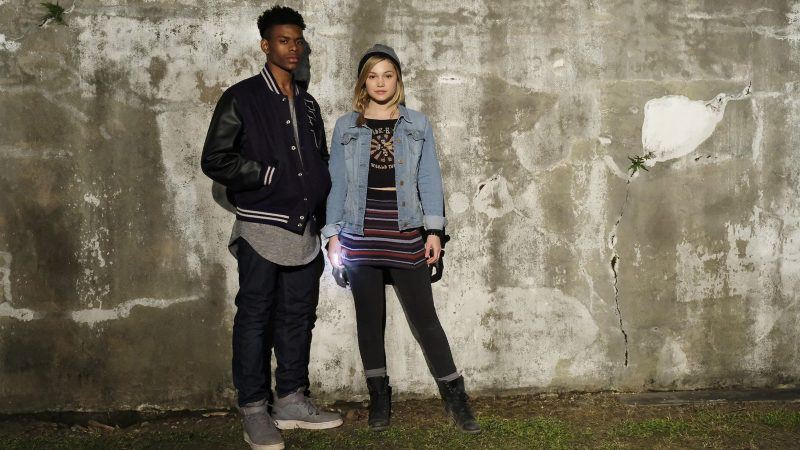 Back to the trailer, it seems they switched a few things around. This time, Tandy and her mother live in a state of poverty while it seems that Tyrone’s family are the rich ones with Tandy seen walking around the trailer park while Tyrone lives in a nice house with his mother. One big deviation from the comic books is the loss of Tyrone’s speech impediment which plays a big role in the comics and his relationship with Tandy. The stuttering disappears when Tyrone assumes his Cloak persona. Could they possibly have switched the speech problem to Tandy? Her bits of dialogue suggest otherwise. In another scene, they bump into each other in a park where they seem to hit it off due to familiarity with each other.

As for their powers, it’s suggested that Tandy gets involved in a vehicular accident with a Roxxon truck and both vehicles fall into a river or sea, and Tyrone manages to save her. This happens while they’re children which would probably be the first time they meet. The Roxxon truck may be carrying the toxic chemicals which affects their bodies much like what happened to Matt Murdock in Daredevil.

As for their powers, Dagger exhibits light field generation as well as the ability to create seemingly solid shards of white light. In a scene where Tyrone is chasing Tandy, she hits him with her power which throws him aside but doesn’t really affect him which surprises Tandy. We don’t get to see Tyrone’s powers except that he finds himself on top of a building perhaps naked but wearing a cloak which waves around in the wind. He is seen standing behind a large neon Roxxon billboard which suggests that the big bad in the series would be people from Roxxon.

Not exactly liking what they did with the origin but there might be a timely and PC reason for doing so. How they get their powers might come off as too grisly for a network such as Freeform aka ABC Family. It would have been great if the two will still deal with the issue of runaways and illegal drugs. Their original origin is a great motivation for doing so. Unfortunately, this time we’ll be in the dark on what they’ll be fighting against until the show airs on 2018. But maybe we’ll get more trailers before that.

Why did they show the trailer this early? As a screening test perhaps to try to gauge the internet’s reaction to it and maybe further tailor the show’s other episodes? The trailer is centered around the pilot episode which finished a few months ago. The other episodes are rumored to be on-hold. The trailer looks good and has a cinematic feel in certain parts like a made-for-TV movie suggesting good direction and production values. Olivia Holt and Aubrey Joseph look great as Cloak and Dagger respectively. Marvel is keeping its touch when it comes to casting.

The logo meanwhile is an improvement to the original with dark letterings for Cloak and his outline on the A, while Dagger’s is brighter with an outline of a dagger on the A. The origin’s a bit off but this Cloak and Dagger fan is already excited but remains impatient as the trailer seems to be a year too early. Much like that Captain Marvel teaser starring Brie Larson whose movie won’t be shown until 2019. Way to build the hype, Marvel.