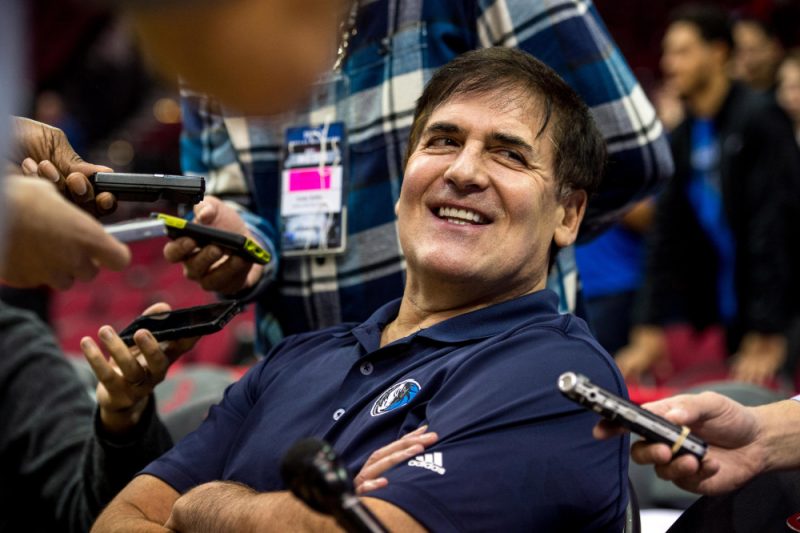 The NBA record for 3-point shots made in a single season is 55,137. This season, the league is on pace for over 58,000. Clearly the essence of the game is beginning to shift from tough defense and dominant big men to small lineups and sharp shooters. The Golden State Warriors are the perfect example of the new NBA.

Well, Dallas Mavericks owner Mark Cuban has an idea to bring the league back to the good ole days—move back the 3-point arc.

“It’s getting too close,” said Cuban, even though the arc hasn’t been moved in years. “Guys are shooting a foot behind it anyways…That’s something we should look at. It’s worth looking at. I don’t think the number of shots would decline, but I think it would reward skill and open up the court some more. So guys would still take shots if it’s seven inches back or whatever, but at the same time, it opens up the court for more drives, more midrange game.”

Of course, that would only do so much. I mean, Steph Curry already shoots from midcourt. But Cuban isn’t necessarily trying to stop Steph, just encourage players to try other things every once in a while.

“I think it’d open it up more so guys with different skill sets could play. It would open up play for more drives. Guys with midrange games would be rewarded and that would stay in the game. There would be more diversity of offensive action in the game. You’d see a little bit of decline in the 3. I’m not saying it’s a bad thing that we shoot so many 3s, but it’s worth it in the D-League to see what happens.”

Cuban’s been receiving a lot of negative feedback, but it’s really not a bad idea. And no, he isn’t just trying to help his Mavs. The Mavericks are doing pretty well from beyond the arc, actually. But with all the retired NBA players coming out against Steph Curry, should the NBA consider doing something to at least slow him down a bit?