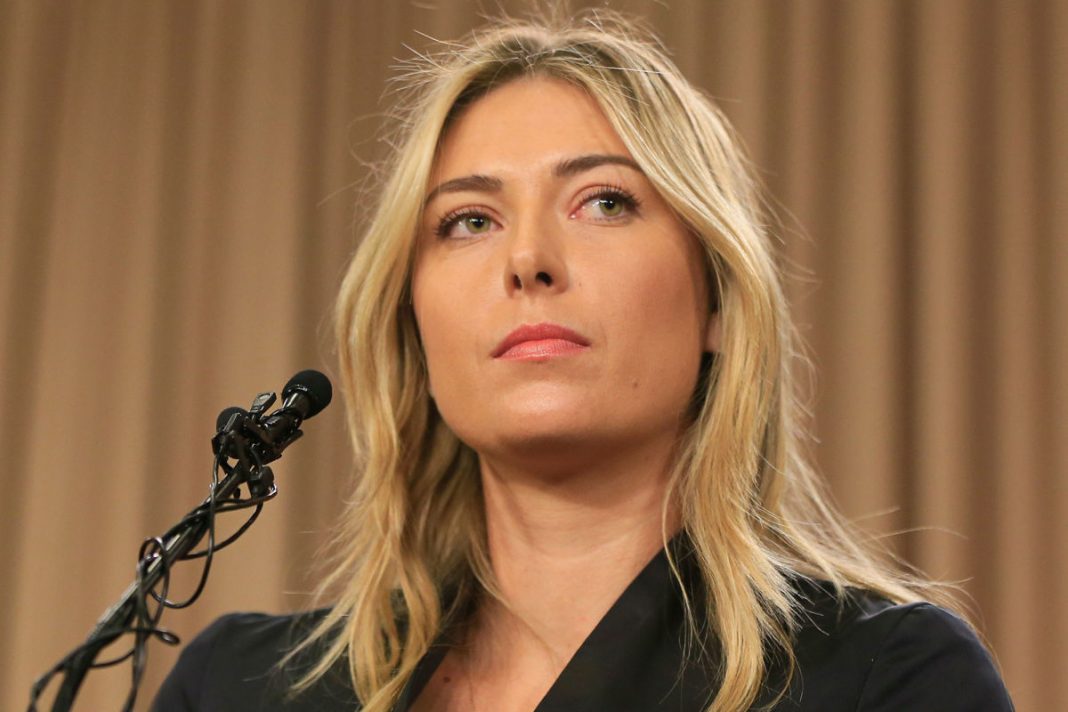 There hasn’t been a lot going on with Sharapova on the tennis front since her suspension started about a year ago. She did have an exhibition match against Olympic gold-medalist Monica Puig. However, that was back in December, a match the Russian lost. Other than that Sharapova’s social-media updates for the last several months have been about training and her brand of candy, Sugarpova. The former World No. 1 is now expected to be back in about a month’s time when she’ll be eligible to play in WTA Stuttgart 2017.

The clay-court event, which comes from Germany, is one that Angelique Kerber won last season. Earlier this month Sharapova was central to some eligibility controversy regarding the upcoming 2017 event. The problem for some with Stuttgart 2017 and Sharapova’s eligibility is that the tournament starts on Monday, April 24th, a date when Sharapova will remain suspended. To address that problem, Stuttgart organizers are giving Sharapova a Wednesday first-round match, the day when she is first eligible to play again. The tournament final is April 30th, so that will force a compact schedule for either Sharapova or whoever ends up doing well in her section of the draw.

Arguably giving out preferential scheduling suggests favoritism and perhaps Sharapova shouldn’t be allowed in the event due to that. But a big reason why an event would be willing to find loopholes for the Russian is due to her mass appeal to the world of tennis fans. A mid-tiered event like Stuttgart will attract some big names, however, it won’t be jam-packed with star players from top to bottom. Accordingly, some sections of the draw might lack star power and, love ’em or hate ’em, there aren’t many tournament organizers out there that wouldn’t be willing to find loopholes in order to get the most marketable athlete in women’s sports into their event.

And Sharapova’s mass appeal can’t be denied. Most recently, she tweeted the cover of April’s upcoming edition of Spain’s edition of ‘Vanity Fair.’ The issue claims that they have a world exclusive with Sharapova. My guess is that she’ll be discussing her comeback efforts and addressing the doping scandal that rocked her career in early 2016, the same scandal that she is currently suspended as a result of.

When it comes to Stuttgart favoritism Caroline Wozniacki is one player that has stated openly that she doesn’t like Sharapova getting into the Stuttgart draw: “I think it’s very questionable allowing – no matter who it is – a player that is still banned to play a tournament that week,” she said (Wozniacki qtd. by BBC on March 12th). Of course, a counterpoint to what the Dane said is that Sharapova’s suspension, which was arguably harsh, is for a set number of days, not a number of weeks. There’s nothing uncommon with Wednesday starts in tennis tournaments, and Sharapova is eligible to play on April 26th.

Nonetheless, the effects of Sharapova’s suspension may cause her problems in Stuttgart all the same. With a Wednesday start, a Sunday final, and five rounds of tennis Sharapova would have to win five straight matches in five straight days to claim the title. Players that play on Monday and Tuesday will be dealing with a less-compact schedule, and that makes the fatigue management easier. But don’t be surprised if Sharapova ends up playing some fringe German Wild Card or a qualifier with a ranking outside of the Top 100 in the first round to help keep her in the tournament. Stuttgart isn’t exactly a major stop on tour, but it promises to take on increased significance mainly because Sharapova is returning. The last thing anyone will want is for the Russian to go out in the first round.

After the first round, players of substance should be in Sharapova’s way. Since she has not contested an official match since the quarterfinals of the 2016 Australian Open, that alone makes her a tough pick to win Stuttgart as even the best players usually need some competitive matches before they get back into the swing of things.

A big question with Sharapova isn’t just how long it will take for her to work off the rust. The question is how she will do without the use of meldonium, the banned substance that she was suspended for using? The drug was **NOT** illegal for WTA athletes until January 1st, 2016 and Sharapova had used it long-term before then without breaking any rules. But the question now is if she needed meldonium to perform her best, then what will her form be like when she’s without it?