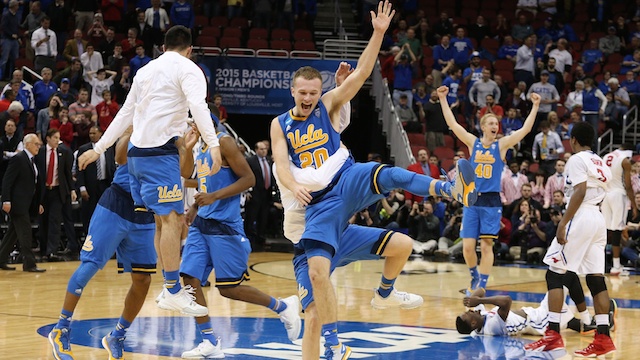 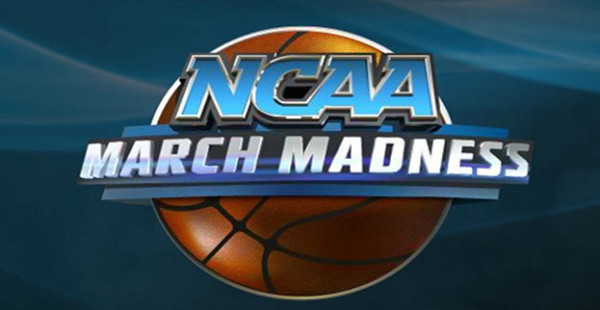 The round of thirty-two in the 2015 March Madness NCAA basketball tournament began on Saturday as the event continued at various sites throughout the USA. The day’s action was not without a major upset as a No. 1 seed in the tournament fell. All of the scores from Saturday are below with action scheduled for Sunday as well.

One, perhaps below the radar team, that remains alive following Saturday’s results is the University of Utah. The Utes, fifth seeded in the East, have a seven foot senior in Dallin Bachynski. With nine points and eight rebounds in his team’s win on Saturday, Bachynski played well above his season averages of 3.8 ppg and 2.25 rpg. The Utes, who await the winner of Duke/San Diego State, do have a chance to make the Final Four although they will be considered underdogs should they face the Blue Devils in the Sweet 16, the match-up that would be considered mostly likely at this point. 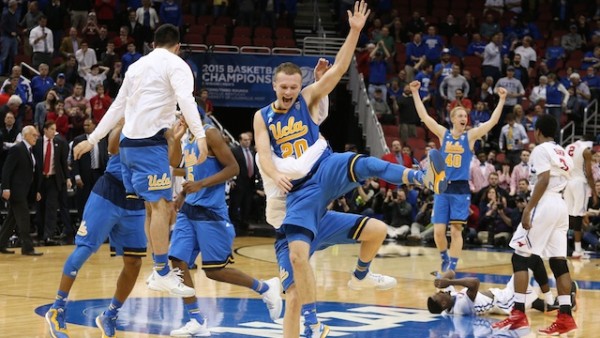 The UCLA Bruins, close to Utah in the draw, are another team presently commanding respect.

Seeded 11th in the South Region, the Bruins are into the Sweet 16 following much talk from last weekend that they were not even tournament worthy. Interestingly enough, they have a draw to the Final Four that would probably go through Gonzaga, a team that has underachieved in a lot of recent NCAA tournaments. Furthermore UCLA share the South Region with the Duke Blue Devils, a school that hasn’t lived up to its billing in most of the March Madness tournaments following their most recent championship.

In other regions, besides the elimination of Villanova, the complexion of the NCAA tournament did not change much on Saturday. The Kentucky Wildcats, following a double-digit win over Cincinnati, remain the tournament favorite. In fact, Paddy Power, a betting firm, have the Wildcats at EVEN odds against the entire field. With so much talent and with so many players with tournament experience, the Wildcats are clearly the toughest out. They look good to improve on their runner-up finish from one year ago.

March Madness playdowns will continue on Sunday, with eight more games scheduled. Wisconsin and Duke, two teams that will play, are the other remaining No. 1 seeds. They will each be in action on Sunday as they look to book their spots in the round of sixteen.