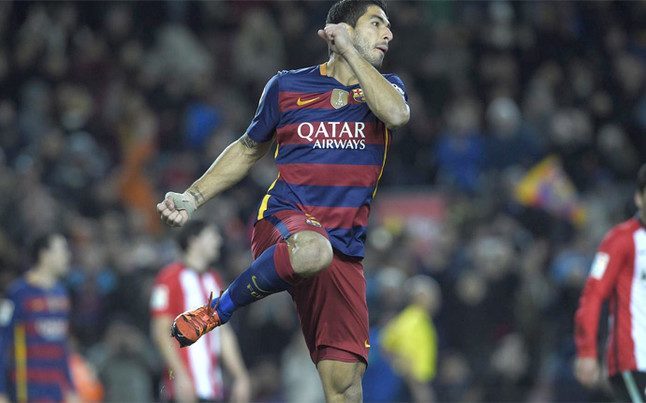 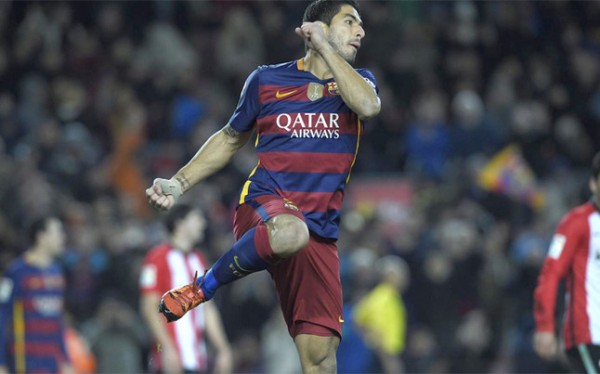 1) In his time at Liverpool, Luis Suarez hit six hat-tricks from 109 appearances. This officially makes him the most frequent scorer of hat-tricks in the 22-year history of the Premier League. Some simple math would tell you that he averages a hat-trick every 18 matches. His goalscoring has only improved since his arrival at Camp Nou in 2014. The Uruguayan striker has netted 61 goals from 77 appearances in all competitions for the Blaugrana giants.

2) Talent must be in the name as he shares his with a man regarded as one of the best Spanish players of all-time. The great Luis Suarez played for Barcelona and Inter Milan between 1950 and 1970, notching up three Serie A titles, two European Cups and two Intercontinental Cups in nine seasons with the Nerazzurri.

3) In 2009, he married his childhood girlfriend, Sofia Balbi, and they had their first daughter, Delfina, on 5 August 2010. Her name ironically is an anagram of Liverpool’s home stadium – Anfield.

4) Suarez is nicknamed ‘El Pistolero’ which translates to ‘’The Gunfighter’. The name definitely suits the Uruguayan given his form in front of the goal is second to none in the world at the moment.

5) Luis Suarez had better goals per game average than Manchester United in the Premier League campaign of 2013-14.

6) Luis Suarez was the first player in Premier League history to score 2+ goals in four consecutive games. A feat that wasn’t achieved by even the greatest strikers of the Premier League era.

7) Suarez cut his long hair as a ”sign of respect” to Ajax after receiving the club captaincy from Thomas Vermaelen in the 2009 – 2010 season.

8) Suarez, 29, is the highest goal scorer for Uruguay with 43 goals in 82 appearances. This is no small feat to achieve as Uruguay has been a hot bed for strikers in the past with the likes of Diego Forlan, Enzo Francescoli and more recently Edison Cavani have been prolific in front of the goal for La Celeste.

9) Luis Saurez is a fantastic team player, and he has proved it by forming lethal partnerships with forwards in all his previous clubs. Before Messi and Neymar, he formed a formidable partnership with Daniel Sturridge and came within touching distance of clinching the Premier League trophy in 2014. Before joining the Merseyside giants Liverpool, the world-class striker had a good bond with Klaas-Jan Huntelaar at Ajax.

10) Suarez was only the 7th player to score 30 or more goals in a Premier League season. This gets the mighty Uruguayan in the same league as Andy Cole, Alan Shearer (who achieved this feat 3 times), Kevin Phillips, Thierry Henry, Cristiano Ronaldo and the Flying Dutchman Robin van Persie.

With all this said we are in for a treat given Barcelona form in the La Liga and the attacking power that might catapult Luiz Saurez as the best striker that Barcelona has had in recent times. A treat awaits us on October 26