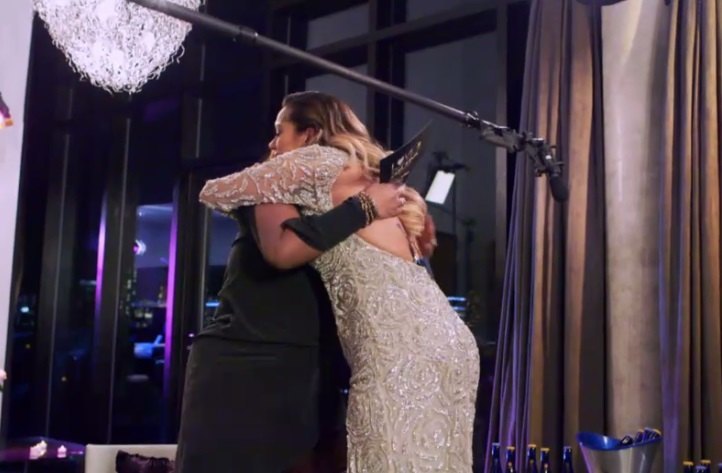 So here is the truth about Love and Hip Hop New York– These fools are crazy. Last night was part one of the reunion and if you thought the regular episodes we saw each week this season were something, well honey chile you ain’t seen or heard nothing yet.  I mean they even let Remi’s disrespectful ass have a little time to shine.

First up on the couches was Cyn, Chrissy, Rich and the whole Erica Mena storyline. Nina Parker, the host of the reunion show, asks about Erica and if anyone has spoken to her. Of course no one has and we are told that she refused to see anyone on the cast, which is the reason she is not on there. She did however, agree to speak to Mona Scott Young the whole creator behind all this shit and in her interview, she pretty much told her that all those people on the show don’t matter because this is their 15 minutes of fame so let them have it. She is the same old Erica and clearly thinks that she is better than them because she has so much going for her. And according to Erica, Cyn is playing up the victim card so she is just going to let her.

The people on stage listen to what she has to say and when asked by Nina if he thought that Erica was seeing Bow Wow the whole time with Cyn, Rich says without hesitation, “Yes.”

Then there is Yandy and her crew. They do a recap of what happened during their storyline on the show, in particular the meeting where Judy (Mendeecees mom) threw her drink in Kim’s (Samantha, Mendeecees baby momma) face. On the stage, Kim has something to say to Mendeecees about making Samantha out to be a deadbeat mom. They try to clear up who had little Mendeecees when his dad was in jail and of course they made it seem like Yandy was his substitute mom which pisses Kim all the way off. She gets hype and they have to calm her down. This woman is hilarious because she goes from 0 to 100 and then back again. 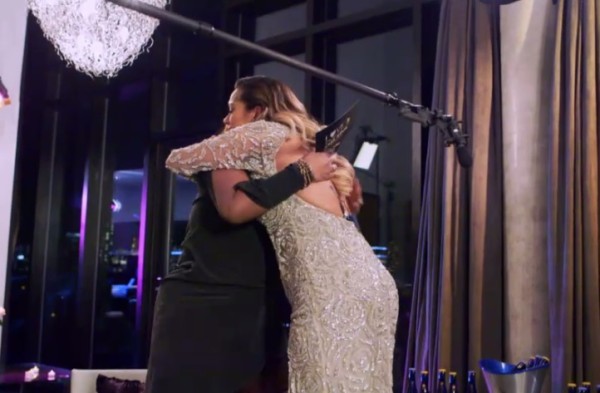 Next up are Rich and Jhonni and their whole “relationship” which is still full of strife. After we see their clips from the season, Rich and Jhonni of course, go back and forth. The tension between them is so high. Precious P also has a time to address the whole Rich as her manager fiasco and he is just rude and an ass. He responds to Precious P with all kinds of shade and with a lot of hostility.  Jhonni Blaze is still on the stage too and she is just out of line because she goes in on Diamond Strawberry who is in the audience. She has to deal with her anger issues and it is really a shame because she has talent, but these feelings she has for a man that does not love her makes her out to be a joke. You can’t take this chick seriously because her first mind, in ANY situation, is to fight and that just ain’t cool.

Chrissy and Chink get some time on stage and they talk about their situation. She breaks down crying because she feels like she wasted time and is truly hurt. Nina asks Chink about where he stays when he goes to DC (Chrissy thinks with his wife) and he says in his house. She also asks him if he understands where Chrissy is coming from and he says no he doesn’t. When asked if she would take him back if he got divorced today, Chrissy said she would because she loves him.

Also, Chrissy talks about what happened with Erica and we see what Mena has to say about the whole thing. Erica reveals to Mona in her interview that Chrissy clearly “knows that she is worthless… and a pig… she is a pathetic, worthless, ran through that can’t have a kid to save her life whore.” Erica is so fucking full of herself and it just isn’t a good look. She is saying all these things because she can’t get her ass beat for it. I know she doesn’t realize it, but her saying this shit is just as bad as if she were actually there because it is still a negative hit on her reputation. It’s all bull shit.

Finally, crazy ass, delusional, spoiled brat Diamond is up and no matter how you slice it, she has no real sense of reality. Her momma is there with her and we can kind of see where she get’s her crazy from. She says that Cisco gave her the idea that they would be together when she came to NY and that’s why she left her daughter for the Big Apple. Then of course they show a clip of Erica who says that Diamond is pathetic and sad and for the record, I totally agree with her because Diamond is unbelievably self-centered and doesn’t like to take criticism at all. The bitch is immature. 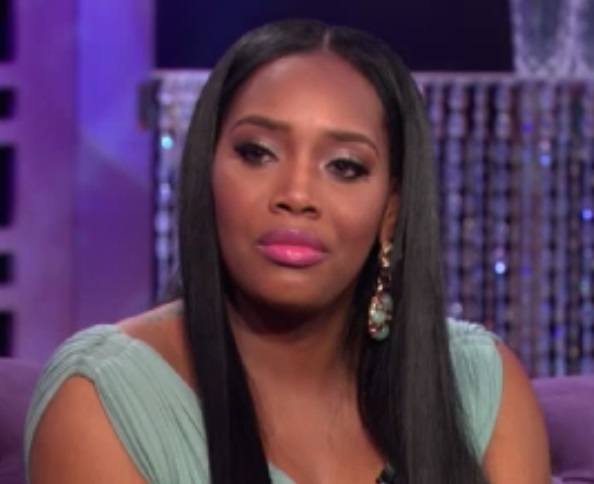 In the end, we learn that the mics were not turned off when Diamond and Rich were in the bathroom doing God knows what, but we have to wait until next week to hear the truth of what (or who) went down.