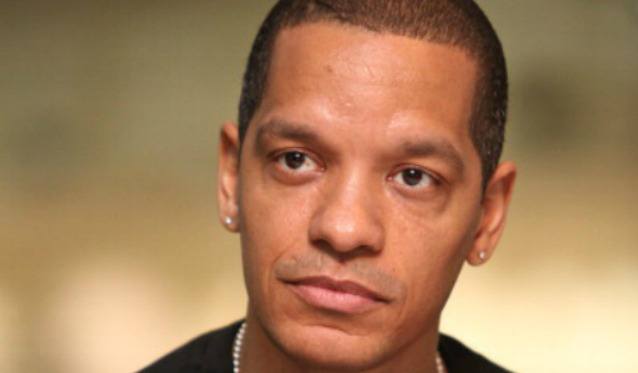 Love & Hip Hop New York picks right back up where it left off last week. The girls BBOD, Mariah Lynn and Bianca, just had an altercation thanks to ML’s messy ass; But none of that matters when Self announces the winner of the cypher- Bianca. It should really come as no surprise that she won because she is a better rapper than all of the girls and her presentation was on point. Yandy is proud, Bianca is pleased and BBOD? Salty. It’s just hard for me to truly invest in them on the show because they don’t impress me. But moving on.

Peter joins Tara at her doctor’s visit, and they find out that they are having another boy. They also talk about a decision that the father of many has finally made- Peter is getting a vasectomy. Tara says she’ll believe it when she sees it, and I’m pretty sure that’s what everyone is saying. One of the things that is ass backwards about this whole situation is that Peter somehow believes that getting his balls snipped equates to being responsible as a man. We all know that is not what that means at all. It means that he can’t control himself so he’s going to alter his body so that he can keep doing what he’s doing. But I digress.

Speaking of Tara, she meets with Yandy and drops the bomb on her that she is pregnant by Peter. Yandy is speechless which is understandable, and she also brings up the fact that Tara said she and her the father of her sons were over. Tara owns up to what she’s done and admits that she still loves him. Yandy doesn’t hold back and even says that Tara’s happily ever after is Peter, and it was stolen from her.

Now that the Cypher is over, BBOD is back together, and they look better than ever. While taking a break on the set of their most recent video, they have a talk about management. Of course, Moe does not want Rah to manage them not only because they can’t have two managers, but because she is just not professional. Lexxi agrees with her that Rah is out. So does that mean Yandy will manage both of them? IDK.

This week too, we get some face time with Cardi B, and she confronts Self about his fucked up ways. She goes off on him about not giving her music any shine on his radio show (he played BBOD on the radio, though). He hears what she’s saying, but as far as he is concerned, she is not an artist just because she made a song.

Remy and Yandy meet at the florist to finalize the flower arrangement for Remy’s wedding. Yandy is dealing with so much since Mendeecees is going to prison, so she throws herself into making her new friend’s wedding a success. And by throwing herself into Remy’s wedding I mean she plans a bachelorette party. Remy wants Rah there, which is fine with Yandy. They have a conversation about what happened at Self’s cypher, and Yandy tells her she was there to work, not to worry about Rah having a beef with her friend.

At the bachelorette party, Remy shows up ready to make the video Yandy suggests she create for Pap for the wedding night. Rah attends the party, but she is not feeling Yandy at all. So when Mrs. Harris asks her to step outside so that they can talk, Rah tells her how she really feels about her involvement in Remy’s wedding. “I don’t believe in my heart that your intentions are as pure as you portray them to be. Remy is not your friend.” Rah goes on to say that the only reason Yandy and Remy became “friends” is because of the fight at her fashion show a few months back.

Yandy tells her that their relationship happened naturally, but Rah maintains that it didn’t. They both know that they will not agree on anything ever, so they decide to play nice (without any “funny energy) for the sake of Remy’s bachelorette party and wedding. They even shake on it. Now that’s how you handle conflict like a grown ass woman.

In the end, since Mendeecees is soon to serve his sentence, he has a dinner with all of the important women in his life which include his wife Yandy, his mother Judy, his two baby momma’s Erika and Samantha and Samantha’s mom Km. They talk about the importance of everyone working as a family and his children still being able to see him. This portion of the conversation causes Judy to bring up Sam’s indiscretion (she went to jail for a short while) when she expresses that she doesn’t think it’s a good idea for their son to see his father while in prison. Judy calling her out causes Kim to call Judy out, and it escalates quickly. Mendeecees calms them down and needless to say, they seem to all be on the same page as to what needs to happen concerning the children while he’s away.

Next week on Love & Hip Hop New York is the moment we have all been waiting for- Remy and Pap’s wedding. Let’s just say that the nuptials aren’t the only thing to look forward to seeing.