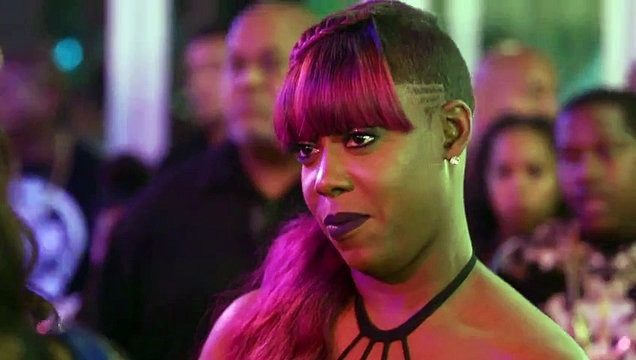 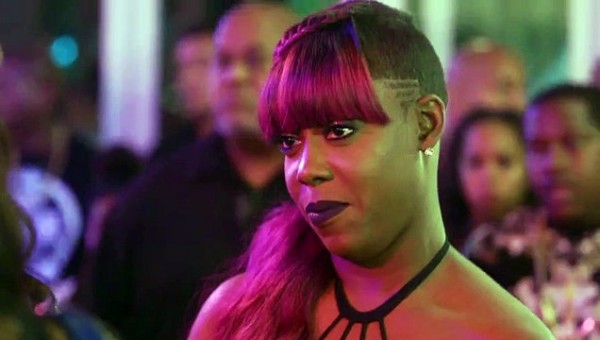 This week on “Love & Hip Hop New York,” it picks right back up from the incident with Moe of BBOD, Cisco, and Mariah.

Let me start off by saying that Cisco has not changed at all from last season. I don’t know why he’s on the show. Not only does he pretty much dump Moe because he claims not to like women fighting over him, but he also cuddles up even more to Mariah. And this chick let lets him after knowing she got played. She says how “bout it” she is, blah, blah, blah which turns Cisco on and by the end of that situation, they are hugging and kissing. I just can’t.

Tara finds Peter in the studio as she hasn’t spoken to him since he left her and Amina in the hallway of their building fighting. The thing about Peter is that he always has an excuse for his slimeball ways and even in the face of Tara telling him it’s over, he still turns it around on her because she “knew the truth.” Oh, Peter, she says that she’s finished with him and is putting all of her focus into her artist development.

Speaking of artists, Yandy continues to work with Lil B and it is clear that it is only because of the show. The girl has an attitude, she’s late to their session (because she was doing her makeup) and really thinks more of her career than she should. There is no way that Yandy would put up with her outside of the show I am sure. To get the one hit wonder on par, she sends her to Tara for a little artist etiquette.

One of the reasons that Yandy is in a good mood is because-surprise- Mendeecees’ sentencing has been postponed. I don’t know what that means, or why or how, but all I do know is that he is not going to jail anytime soon. The next time I’m in a pickle, I want HIS lawyer.

Lil B goes to her session and brings her new bestie Cardi B to her etiquette session, and this girl is off the chain. Tara tries her best to get these girls to understand the importance of not being ratchet, but Cardi B is just too far gone to for saving. I have to say that the girl is funny but poor Tara. She has her work cut out for her. The girls don’t really seem to take the session seriously.

Mariah Lynn, who is just too much, feels that her personal life always gets in the way of her professional career as she has to cancel a session to bail out her mother who was caught shoplifting. She goes off on her mother, cussing and telling her to get her shit together. Then her momma drops a bombshell on her- she’s pregnant. Mariah nearly loses her breath and tells her there’s no way. But her mother is hopeful and sees the pregnancy as the thing to help get her life together once and for all. Because her other two children were enough.

With Moe going off the handles at their single release party and Rah officially ending her professional relationship with BBOD, Lexi pays a visit to Treach of Naughty by Nature to get some advice on what to do with Moe. He tells her that they have to negotiate and figure things out because their personal issues will affect the business part. So she decides to talk to Moe’s daddy. “And if she doesn’t listen to him, you got to start thinking about you,” Treach tells her.

Then there is Amina, and she reaches out to Whitney, Peter’s daughter, to let her know how things are going with her father. Whitney knows her dad and tells Amina that she has to decide what she wants her daughter to see as she grows up. Amina agrees and tells her that she was pregnant, but she decided to get an abortion. Amina feels did what she needed to do for her place in life right now.

In the end, the meeting Lexi arranged with Moe’s dad goes well until Moe shows up with her mother sister. She is not feeling Lexi speaking with her father without her knowledge because she feels like she should have come to her directly not her dad. “I can’t believe that Lex will take our personal issues to my father, where’s your balls.” From Moe’s view, her father is siding with Lexi. They go back and forth, but Moe is just too unreasonable, and Lexi has had enough. She decides to go solo and storms out, which is fine because Moe never needed anyone anyway.

Next week, Remy is back and from the looks of the trailer, she and Rah have some issues that need to be resolved.