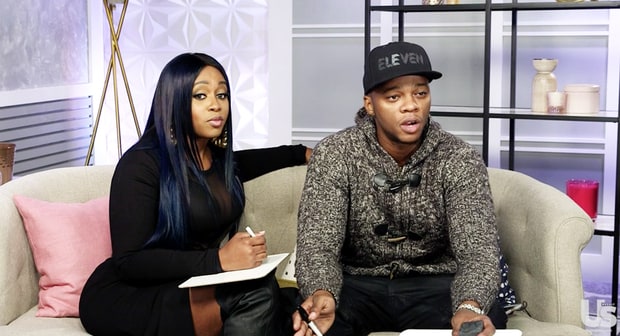 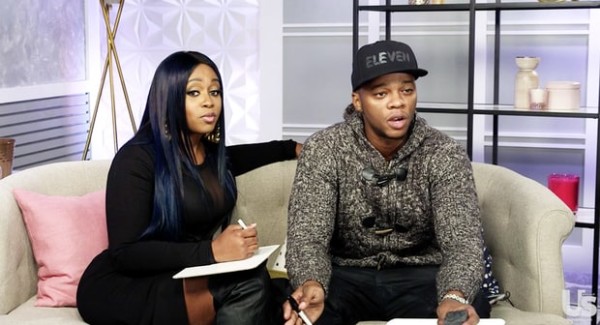 There are a lot of new cast members including Remy Ma and her man Papoose. Yes! The rap vet is on LHHNY and I, for one, think she is super dope. I am really looking forward to her being all the way live this season.

She does a performance, and everyone goes wild because she brings the heat. But right after her performance, when she wanted to mingle, Papoose comes and whisks her off the stage. That kind of treatment makes her feels like she is still in prison and she doesn’t like it. They have a conversation later about what happened, and she shares with him that her goal is not to spend her entire life, right now right out of prison, working. He hears her what she has to say, but also expresses the fact that they do need to hit the floor. They have a really good relationship from what we see.

Yandy deals with Mendeecees possibly going to prison. She doesn’t want to think about it, but that’s all he’s thinking about. Yandy’s outlook is to stay positive but knowing the reality of the plea deal he took, he understand what’s at stake. To keep her sanity, Yandy throws herself into being a mom and wife. She also gets back into the swing of managing artists. And her first artist is Bianca, better known as Young B.

Young B had a big hit about 10 years ago (Chicken Noodle Soup) but never really capitalized on her fame. She is back and ready to put in the work, and even though Yandy is all about getting artists the play and recognition they need, she doesn’t deal with one hit wonders. So to see what she can do, she gets her a spot in DJ Self’s, Prince of New York, cypher/ new artist

Speaking of new artists, BBOD or Bad Bitches on Deck, is a duo that think way more of themselves than they should. Rah Ali known in other seasons as Rashida Ali, is their manager. She tells them about the showcase that Young B is going to be there and lets them know it’s about work, not rehashing some old beef.

At the same time, Mariah Lynn is also a new artist backed by DJ Self, and since he is putting himself out there for her, he wants to make sure she’s ready. She’s from Jersey, she’s a snow bunny, and she’s “a bad boss bitch.”

During the new artist showcase or GwinnFest, BBOD, Mariah Lynn and Young B perform. They each do their thing, and first off BBDO comes for Young B. It is less than impressive to say the least. Then Mariah Lynn spits her verse, and it’s decent. When Young B goes on the mic, she kills it. She’s a truly badass rapper. The others don’t even come close.

After they get off stage, Moe of BBOD takes it upon herself to go over to Bianca. They have words, and security steps in, but not before this bitch Moe spits or tries to spit on Young B. Really? You’re spitting now. That’s some nasty shit. Yandy is not feeling the situation because she doesn’t want to be involved in any drama, which is understandable. Plus she has too much going on with her family. Rah Ali, wasn’t feeling it either because it’s a bad look.

In the meantime, not yet involved in the craziness, Remy Ma and Papoose talk about their marriage. After their initial conversation, he commits to making her happy, and what will make her happy is to have a real wedding since they go married over the phone while she was in prison. With that, he wants them to have a baby together. So she makes a deal with him- they get married this year, and she gives him a baby next year. He agrees.

Papoose then comes through in a big way. He not only has everything planned for their wedding already, the venue he secured is a castle. Yes, a castle. Plus he gets down on bended knee to propose after they do a walk-through of the castle. Needless to say, he is a keeper for real, for real.

In the end, after coming from a meeting with his legal people, Mendeecees delivers bad news to Yandy. He doesn’t give her (us) any details but it brings a cloud of doom over the situation nonetheless.

The season premiere was calm enough, somewhat boring, but I understand they have to build things up. From the looks of it, though, New York will definitely deliver their signature brand of drama this season.