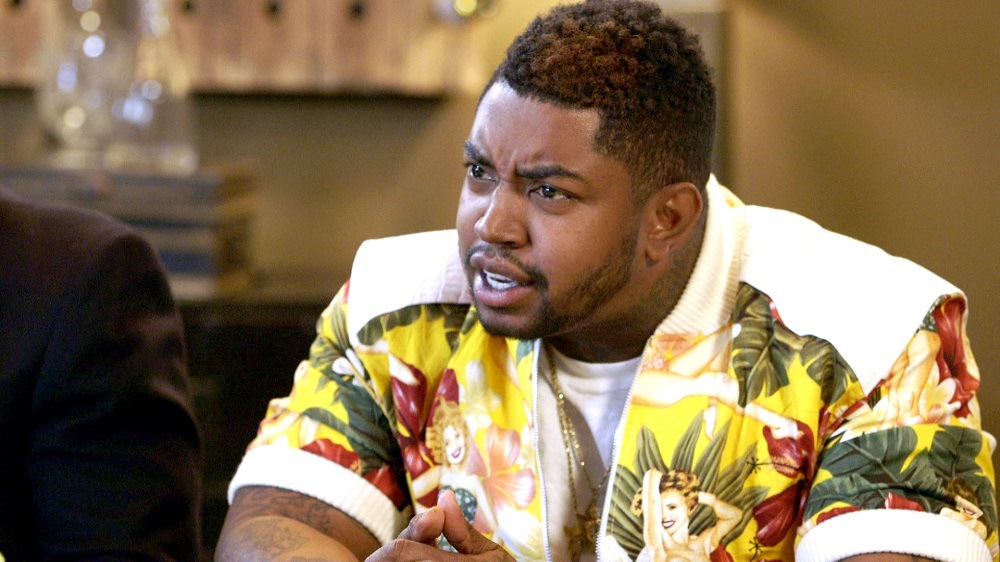 Love and Hip Hop Atlanta is all over the place this week, but it doesn’t matter because that’s how people like it!

It picks right back up at Joseline’s party. Chris, Mimi’s new girlfriend (?) is losing her patience as the hostess is low-key rude to you her. Mimi tells her frienemy the things she’s saying aren’t cool. Joseline quickly switches the conversation to why the people she invited (through Mimi) aren’t there. The Puerto Rican Princess maintains that she has no hate for anyone. Ugh, I am so tired of her. She’s just… lame.

Tommie shows up to the party, surprisingly. I mean Joseline is the one who had her looking stupid at Scrap’s house. The crazy woman tells her she found no other woman at her man’s crib. Scrap, seeking to be the bigger person, approaches the ladies as they speak. “You on your best behavior tonight,” he says to Tommie. He confronts Joseline about the lies she keeps telling. This bitch then tells him that she “heard in the streets” that his mother KK, and Stevie, his uncle, used to smash. He clears that up real quick. “That’s my momma, and that’s my uncle,” but the trouble starter doesn’t want to hear it. She insists that something happened between them. The night ends with Joseline showing her new music video and Tommie fighting Dawn (remember her) because she has been spreading rumors about her and KK. Let me just say here that Tommie is out of control and I think she really has mental issues. This bitch is spitting on people. It is a horrible look, and I don’t see how any man can be attracted to that bullshit.

Scrap and his brother, SAS, break away from the chaos by having a drink at a bar, and they text Stevie to join them. At their sit down, they are very direct- Stevie needs to get a hold of his “wife.” They explain to him that while they don’t want to disrespect his woman, her messiness is getting in the way of family, and they don’t take lightly to that. He tells his nephews that he’ll handle it.

Later Stevie comes home with flowers trying to figure out what Joseline is really up to. He doesn’t like the fact that Dawn is back in the picture, and he doesn’t like that Joseline is spreading rumors about his people. “You gotta kill all that.” He then tells her to apologize to KK, and her boys and she says, “no.” It’s conversations like this that make it hard to believe these two are married because she does not respect him. It’s all a sorry ass game.

Scrap, SAS and the rest of their family visit their Dollar’s (their cousin) gravesite. Just when they think their momma is not going to show up, she arrives in a black car crying, unable to hold it together. She breaks down and is escorted back to the car. Her sons surround and hold her. The family then gathers around his tomb, say a prayer and it’s all love. 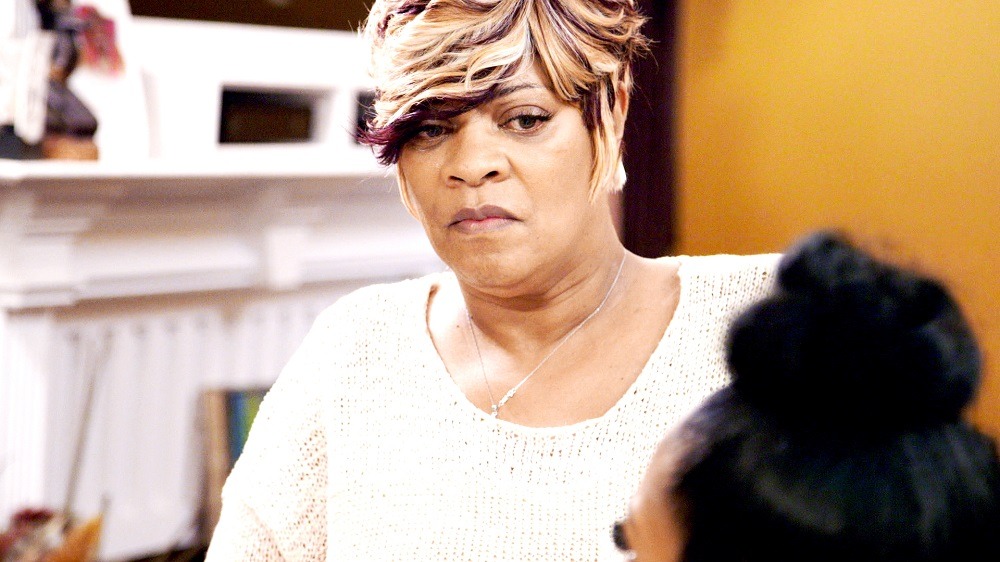 Rasheeda, ever the fixer, wants to set up an intervention of sorts with her mother, Shirleen, and Scrappy’s momma Dee, but her mom is not feeling. In Shirleen’s view, the woman is bipolar. Furthermore, she believes that she is over the top. The end result of their conversation is Shirleen telling her daughter “hell no” I’m no sitting down to talk to that woman. “I’m not ready.”

Speaking of Momma Dee, she and Ernest are having some issues in their marriage, and it looks like is has a lot to do with their sex life. We get a very TMI scene of them kissing and her suck on his nipples. They can’t do the deed though because there is no more lube which causes Momma Dee to descends into a tirade about how broke and no good Ernest is. He says, “fuck it” and walks out.

Tammy is back this week. She sets her girl Bambi up with Waka’s friend, and all four have a double date. Things seems to go pretty well for the blind daters, which is good because it’s been a while for the reality TV show jumper… I mean Bambi. Later, when Waka goes back on the road, Tammy has a home cooked meal prepared by her mother in law, Deb. Rasheeda is also in attendance, and they end up talking Deb into being a mediator for Shirleen and Momma Dee. This should be good.

In the end, Rasheeda and Scrappy set up a brunch for their mothers with Deb there to help guide the conversation. Of course, neither of the moms knows what’s in store for them. Everything is going fine, but when Momma Dee walks in, the tone in the room totally changes. The moms argue and Momma Dee is put on blast. Ernest says she’s a drunk and Scrappy tells her she needs Jesus. From her letting everyone know that her husband needs lube to get hard to Scrappy taking almost having an asthma attack and needing his inhaler, this is one funny ass scene. As she goes off on Ernest and Scrappy, Deb realizes the real issue for Momma Dee’s hostility – “Momma Dee is frustration. She’s sexually god damn frustrated so ain’t nothing we can do about this.” In the midst of the commotion, Deb drops the bomb that Bambi is dating and that’s the nail in the coffin of this brunch. Momma Dee and her men exit stage left leaving Rasheeda, Shirleen and Deb cracking up with laughter.

It was a wild on this week, and I am sure the next episode will be no different.