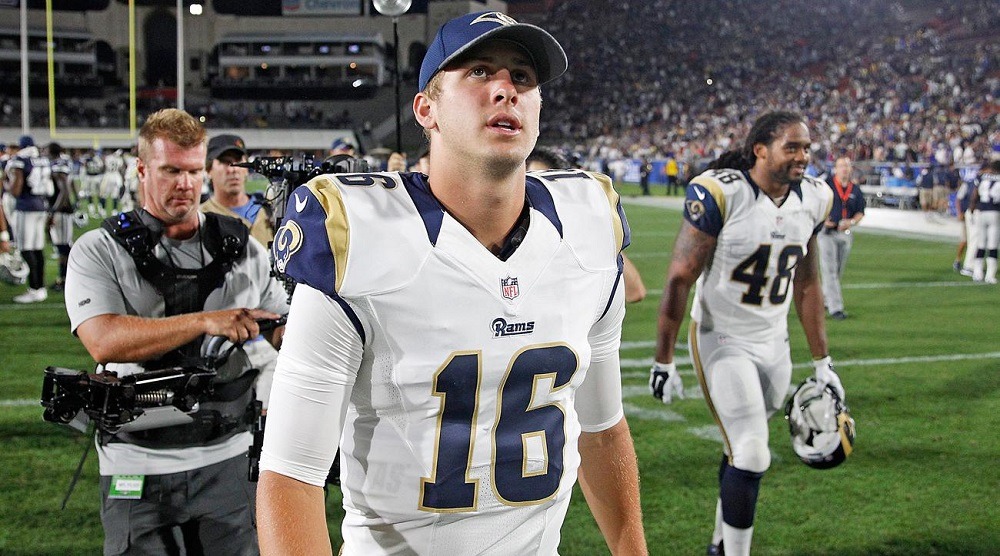 After a terrible performance in his preseason debut, Goff was on the receiving end of a lot of criticism. His time Saturday in the Los Angeles Rams’ 21-20 victory over the Kansas City Chiefs, however, reminded everyone that there’s still plenty of time for him to turn things around.

Goff struggled early. His first drive saw him tripping over his guard’s foot and fumbling the ball. Not pretty. His second drive wasn’t much better with another fumble.

In the fourth quarter, Goff showed flashes of excellence. Completing all of his passes, Goff drove the offense down the field and threw a nice touchdown pass.

While he did well at the end, Goff will need to step up if he hopes to start over Case Keenum come Week One. 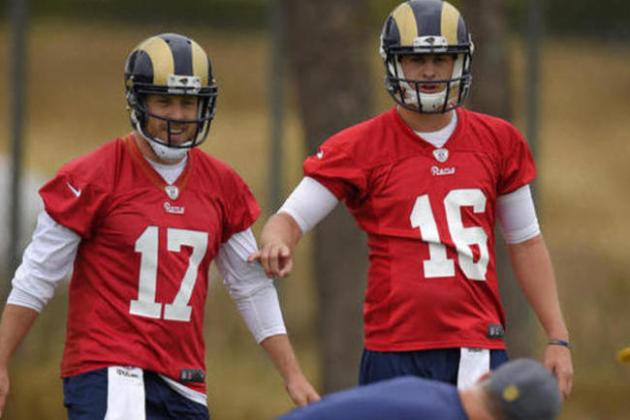 Keenum, who played with the first-team, threw for 53 yards and one touchdown, leading the Rams on two touchdown drives of 81 and 79 yards.

Last week, head coach Jeff Fisher told the media Keenum is “clearly ahead” in the competition, and Keenum doesn’t appear nervous about keeping that slot locked up.

“I’m just playing football, man,” said Keenum. “I don’t think about anything. That’s your guys’ job. You’ll go write about it and talk about it and dissect everything. For me, if I’m totally honest, the opinions that matter for me are in this locker room, that’s my teammates and coaches. I’m trying to do the best I can.”

Fisher has also made it clear that he will be making use of running back Todd Gurley this season. So if I have any advice for Keenum and Goff, it’s don’t screw up your hand-offs, and protect the ball on third downs.