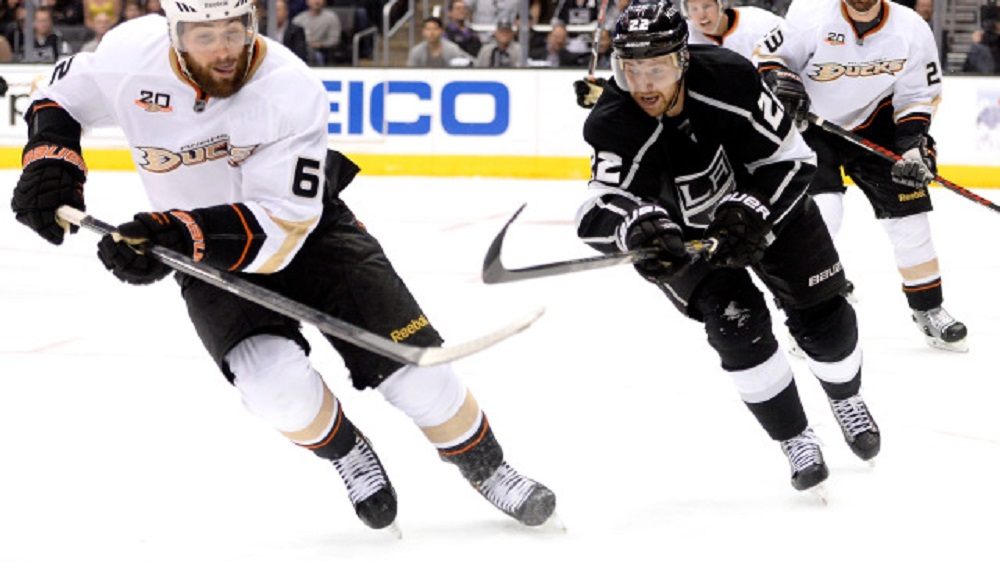 On a night that saw the Florida Panthers clinch the Atlantic Division, the Los Angeles Kings and the Anaheim Ducks tightened up in the Pacific. The two teams are dead smack even in the standings in terms of points following Tuesday night’s results that saw LA win and Anaheim lose in overtime. Currently, both teams have 99 points with Anaheim getting the nod in tiebreakers right now because they have a game at hand over the Kings. However, should the two teams be tied at the end of the regular season, then it would be Los Angeles that would get the tiebreaker as they have more victories ahead of a shootout.

In what is a game with enormous magnitude in the Pacific Division title race, the two teams will face one another on Thursday night. The game will come from Los Angeles, and that certainly favors the Kings. In 39 home games this season, LA have won 25 while Anaheim are a pretty mediocre team on the road on the entire campaign. However, the Ducks have been playing better lately as they have made up ground in the standings over the last couple of weeks.

The scenarios are simple if the Ducks win – they would be in firm control of their destiny. However, the scenarios get complex if there’s an overtime result. Even if Los Angeles defeat Anaheim in overtime, it would still be the Ducks in charge of their destiny. They would fall a point behind Los Angeles but with two games to come to LA’s one; Anaheim could win out to claim the Pacific. For the Kings, the key to the division title at this point really isn’t just a matter of beating Anaheim on Thursday – but beating them in regulation.

Following Los Angeles, Anaheim travel to Colorado and then to Washington. The game against the Avs will be one against a team eliminated from playoff contention. That means that the Avs could be in golf-season mode already, although sometimes teams do find meaning in being the spoiler for contenders. While the game against Washington looks kind of scary, really the Caps might be in coast mode as they rest their best players for the playoffs. That consideration makes Washington look a lot less scary.

Game time on Thursday night is at 7:30 pm PT with Fox regional coverage. Often at this point in the season, teams lament that their competitors for a division title have a soft schedule against unmotivated teams. However, there really are no excuses like that for the Pacific this year as Los Angeles and Anaheim are squaring off, not for the title, but for a huge edge as the days left in the season dwindle down. That game against one another puts each team in control of its own destiny.