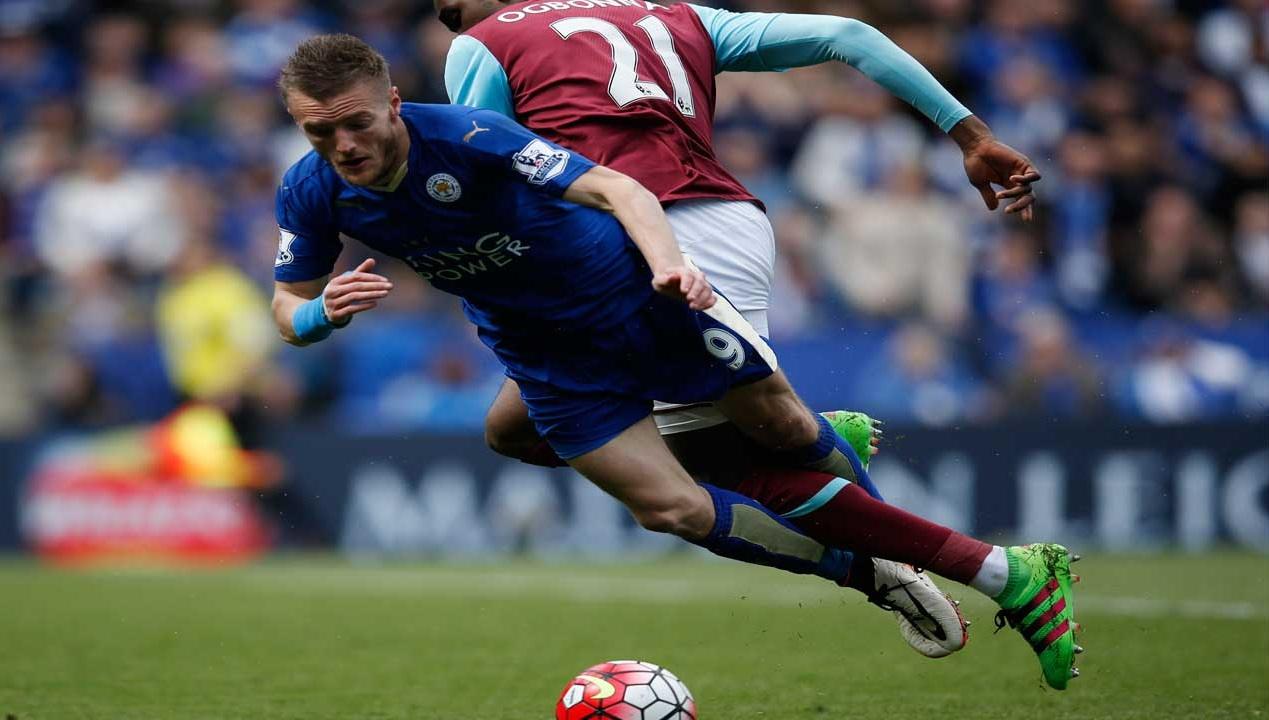 Everyone’s heard that miracles can happen, but suddenly Leicester City winning the Premier League could be proving that to be true. That, at least, is how things seemed nine months ago, at the start of the most unlikely championship charge in English football history.

By dethroning richer giants, Leicester’s motley crew of players, none of them superstars before they started working miracles, have shown that an established order isn’t immune to change. Being on the bottom rung of a ladder, as Leicester was last season, doesn’t have to be a permanent state; by surpassing oneself, upward mobility is possible.

The lessons have broad appeal.

“Now, all we do is talk about Leicester, and it is absolutely fantastic,” says Alex van der Beek, an Associated Press reader in Latvia who wrote in to say that the expat community there has rallied behind the team and that pubs in the capital, Riga, are packed for broadcasts of Leicester games.

“People have to stand outside and watch through the window,” he wrote. “It brought us expats together here in Latvia, how odd. We all wish Leicester can finish the job.”

Because sport is such a formidable generator of upsets, Leicester won’t be the last underdog to have its day. For perspective on its achievements and pointers on what might happen next for the team, here is a look at other surprises from years past:

For the Honda F1 team, 2008 was atrocious, even worse than 2015 for Leicester. It’s lemon of a car scored no points in 14 of 18 races. Honda put the team up for sale. The future seemed bleak.

Ripe conditions, it turned out, for a turnaround of historic proportions — not unlike Leicester’s recovery over the past 12 months from Premier League bottom-dweller to champion-in-waiting. It can clinch the title with a win at Manchester United on Sunday.

Under new owner Ross Brawn, the renamed ex-Honda Brawn GP team caught Ferrari and other favorites napping in 2009, like Leicester this season. With clever aerodynamics that exploited a regulatory loophole, Brawn’s car scorched out of the blocks; driver Jenson Button won six of the first seven races, having finished the previous season thinking he might be out of a job. Button’s 2009 world title and the constructors’ crown for Brawn completed the most successful debut season ever for a new F1 team.

Like Leicester this season, Brawn capitalized on its competitors’ inability to mount a consistent challenge. After his runaway start, Button secured enough podium finishes and points in the second half of the season to get him over the line. As he showed then and Leicester demonstrated this year, with six 1-0 wins since January, holding one’s nerve in the finishing straight is important.

Brawn’s success was a one-off, as Leicester’s is likely to be. Mercedes bought the team and rebranded it.

“The Most Unexpected Gold Medal In History ” is how the International Olympic Committee’s YouTube channel describes Steven Bradbury‘s short-track speed skating triumph at the 2002 games in Salt Lake City. The Australian trailed the whole way through eight laps until the last bend, when all four of the other finalists tumbled in front of him.

Unlike Bradbury, Leicester won’t be a champion by default. But by keeping cool heads when all about them lost theirs, they share a strength that poet Rudyard Kipling celebrated.

Underdogs with a strong team spirit, nothing to lose and a rock surnamed Schmeichel in goal. Sound familiar?

Denmark only got into the 1992 European Championship as a late substitute for war-torn Yugoslavia, which was banned from international football amid U.N. sanctions aimed at halting Europe’s bloodiest fighting since World War II. Danish players were having lunch when they got the news. Because their equipment maker hadn’t had time to prepare, they wore outfits borrowed from Denmark’s youth team for their first match, against England.

Like Leicester’s team that features his son, Kasper, Denmark goalkeeper Peter Schmeichel and Co. proved brilliant at tearing up scripts.

“We are red, we are white, we are Danish Dynamite,” Danes sang after their unlikely heroes beat World Cup holder Germany in the final, having ousted the favored Netherlands in the semifinals.

Denmark’s road to victory was a cakewalk compared to Leicester’s Odyssey: There were only seven other teams at Euro ’92. Leicester has faced 19 Premier League opponents, so far losing only to Arsenal (twice) and Liverpool.

Both proved the value of teamwork and of a solid Schmeichel.

Denmark’s best since then: quarterfinals in 2004.

Porto’s unexpected Champions League triumph in 2004 also precipitated its undoing. Porto wasn’t the unknown quality that Leicester was, because it had won the UEFA Cup the previous season. Still, winning Europe’s premier club competition and beating Alex Ferguson’s Manchester United on its way to a 3-0 triumph in the final against Monaco was a surprise that forced respect.

Without them, Porto failed to defend its Portuguese league title in 2005 and fell to Inter Milan in the first knockout round of the Champions League.

Leicester’s Premier League Cinderella story will also bring dangers for coach Claudio Ranieri. Bigger teams covet his players and he’ll need to strengthen the side to cope with the additional rigors of European football next season.