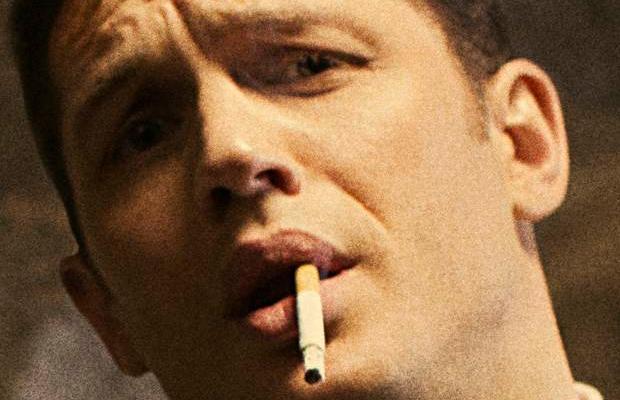 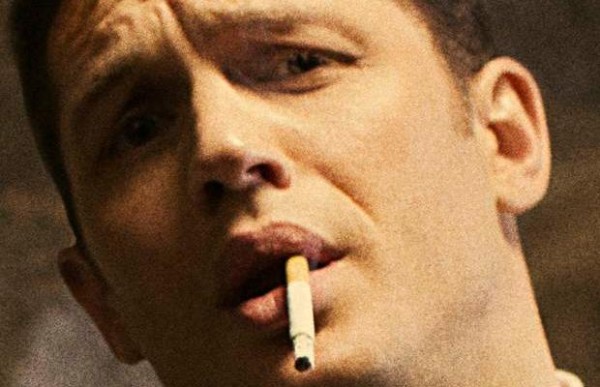 The trailer for the upcoming gangster film Legend just debuted and it’s making all female Tom Hardy fans break out in a sweat. Why? Because for the first time we’ll get to see double the Hardy on the screen at the same time. That’s right, in Hardy’s new movie he’ll be playing the identical twin gangsters Ronald and Reginald Kray. This movie is based on the true story of the Kray twins who terrorizes the streets of London during the 50s and 60s while they reigned supreme as gangsters.

If you’re not familiar with the Kray twins, then meet Ronald and Reggie. It is suspected that Ronald suffered from paranoid schizophrenia due to his irrational behavior and extreme violence. The brothers ran a gang called “The Firm” that were involved in armed robberies, arson, protection rackets, assaults and even murders! Yeah, their gang pretty much participated in everything illegal you can think of. A main source of their income and criminal cover-up included being West End nightclub owners. Their night club was extremely successful and caused them to rub elbows with famous celebrities like Judy Garland and Frank Sinatra.

That didn’t slow down their violent nature at all however. The Krays were highly feared and later were interviewed on television while becoming celebrities. The twins were arrested on 9th May 1968 and were sentenced to life in prison.

The trailer draws you in right away if your a sucker like me for a gangster film. The music gives the trailer a time period appropriate flare. It’s clear from the trailer that you will be transported right away in to the 50s and 60s with this film as the clothes, cars and scenery are on point and dazzling.

My only hope is while I think Emily Browning is a wonderful, young actress, I really hope that a overly sappy love story isn’t thrown in there “just because.” Love stories are cool and all, but I loath when they end up taking away from the true nature of a story.

Did I mention this film will have double the Tom Hardy sexiness?

Here’s what it’s all about:

From Academy Award® winner Brian Helgeland (L.A. Confidential, Mystic River) comes the true story of the rise and fall of London’s most notorious gangsters, Reggie and Ron Kray, both portrayed by Tom Hardy in an amazing double performance. Legend is a classic crime thriller taking us into the secret history of the 1960s and the extraordinary events that secured the infamy of the Kray twins.

The film will be released September 11, 2015 in the UK. Sadly, there’s no American release date yet, but I’m sure we’ll hear of one soon.

Until then enjoy the trailer below! 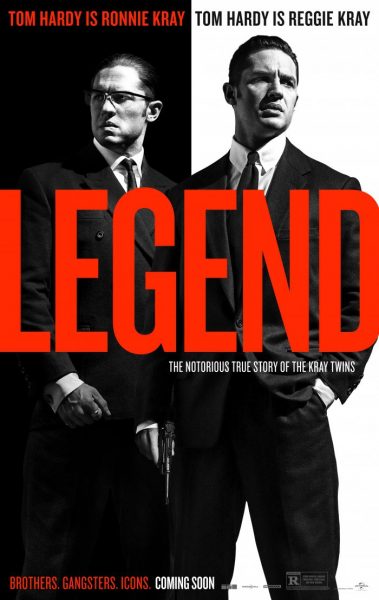