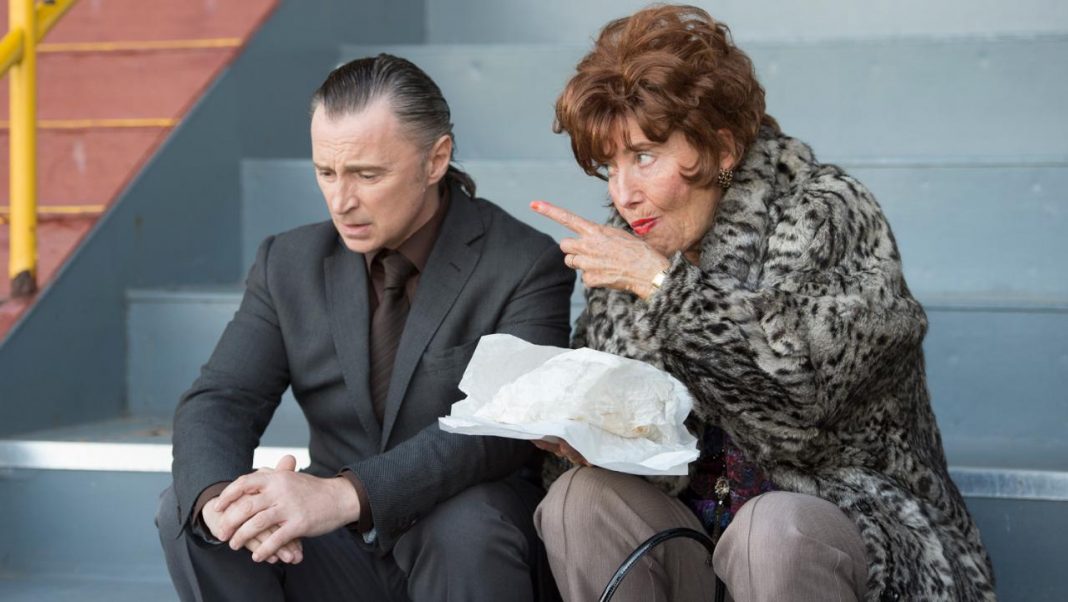 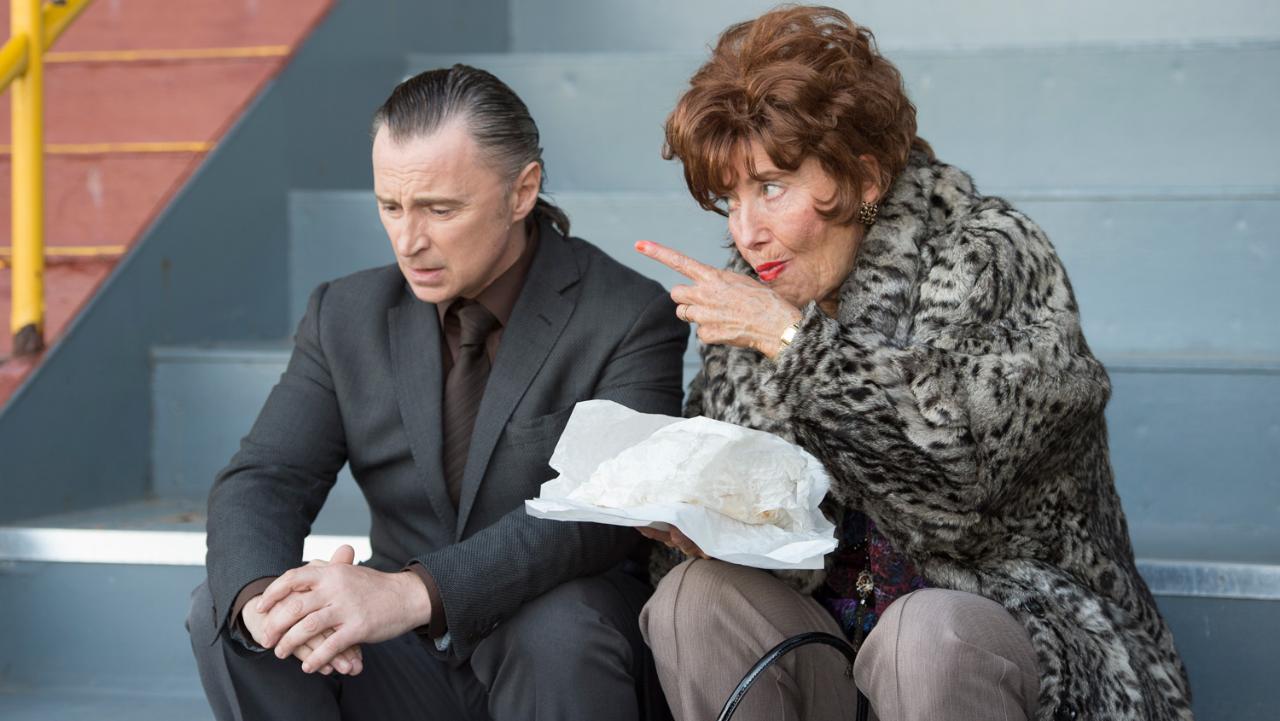 Ideally, the title of this movie should actually be “The Urban Legend of Thomson” rather than “The Legend of Barney Thomson.” While it is a very macabre comedy, it does fall into the category of those sort of true horror stories that are shared among friends and neighbors. The story falls somewhere between a horror story and a comedy show.

The Welsh connections the movie has are evident right from the start. This is the directorial debut of Robert Carlyle though he is known by many for his portrayal of Francis Begbie in the film adaption of (also by Welsh) Trainspotting. He brings the approach he had to that role to this debut feature.

Carlyle is also in front of the camera as the eponymous Barney Thomas; a socially inept barber from Bridgeton in Glasgow. He finds he has the attention of the police after a spate of quite gruesome murders. It seems someone is abducting young men from the streets, killing them, and then posting their body parts to relatives from famous Scottish landmarks. There is one unfortunate woman who is the recipient of the severed penis of her nephew, sent from Arbroath.

Ray Winstone makes an appearance as Detective Inspector Holdall of the Glasgow Police. He believes Barney to be the killer. He’s half right as, while Barry is not this killer, he is a killer. At the start of the movie Barry gets in to a fight with his boss, and accidentally stabs him through the heart before stuffing the body in to his car. As Barry struggles to cover up the actual crime he’s committed, Holdall struggles to find evidence that suggests he’s done the one he hasn’t, all the time looking like he’s on the verge of a heart attack. The dark fun of the movie comes from finding out who will prove to be the most incompetent.

Now when someone goes through something like this it’s only natural they would run to their mother. For Barney this is Cemolina, a veritable gargoyle who likes leopard print a little too much. She has the complexion of a tea bag, and the voice of a sander. Cemoline is played here by Emma Thompson, who is playing against her type so much it becomes some sort of caricature. At least her accent is perfect, as is her nastiness. There is a scene late in the movie where some details about Barney’s past are finally revealed. As silly as everything is, it also comes across as incredibly sad.

The film was adapted from the first of the seven Barney Thomson books by Richard Cowan and Colin McLaren. The books are written by Douglas Lindsay, and the movie is shot with the same page-turning energy the books are written, even in a dilapidated backdrop like Glasgow. When there is a lot of talking to be done, Carlyle and his cinematographer merely put the camera on a level surface and let everything permeate.

This mix of the sensational and substance provides The Legend of Barney Thomson with a cult appeal that is found more commonly in British TV rather than cinema. Though we don’t intend that to be taken as praise, this movie is pulp that will leave you picking seeds from between your teeth for weeks.