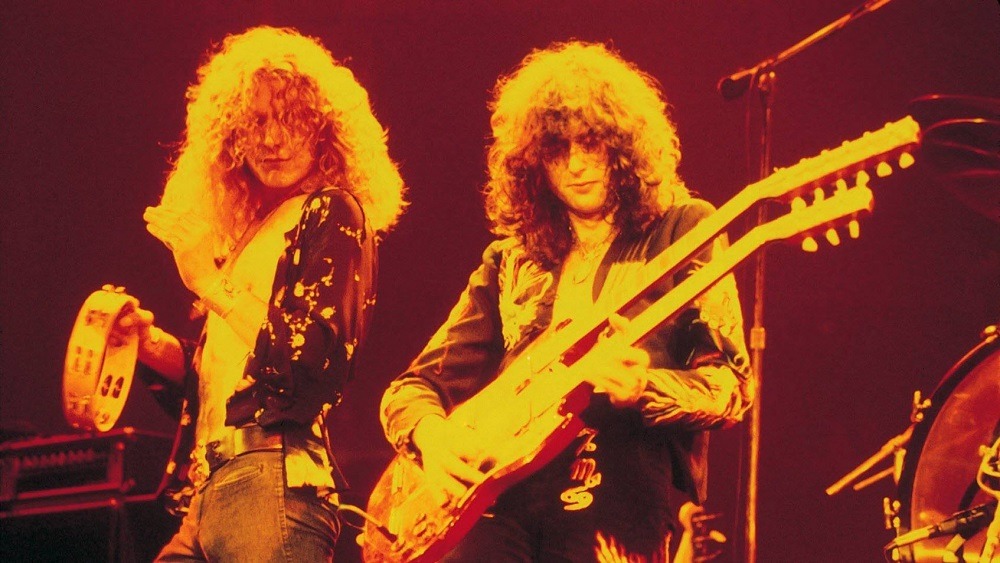 Led Zeppelin’s copyright trial for their iconic song “Stairway to Heaven” came down to closing arguments on Tuesday after singer Robert Plant testified Tuesday. All members of the band have testified now as to the validity of the claim from the band Spirit as to having been the originator with their song “Taurus.”

Led Zeppelin’s lawyers have asked a judge Monday to dismiss a case accusing the band’s members of stealing a chord progression for their hit song “Stairway to Heaven.” The attorneys argue that the estate of the founder of the band Spirit failed to prove it owned the copyright to the song “Taurus,” or that the two songs were substantially similar.

Led Zeppelin singer Robert Plant testified Tuesday that his memory of encounters more than 40 years ago is dim, though his recollection of the creation of the band’s epic “Stairway to Heaven” was quite clear.

The testimony came before Led Zeppelin’s defense rested its case and the judge scheduled closing arguments for Wednesday.

Plant told a packed courtroom that he did not remember hanging out with members of the band Spirit after a Birmingham, England, show in 1970, though he said he and his wife were in a bad car wreck, and he has no memory of the evening.

“I don’t have a recollection of almost anyone I’ve hung out with,” Plant said as the courtroom roared with laughter.

Plant took the stand in a federal courtroom in Los Angeles during the copyright trial in which he and fellow songwriter Jimmy Page are accused of stealing a riff from Spirit’s song, “Taurus” for “Stairway to Heaven.”

The estate of the late songwriter Randy Wolfe, also known as Randy California, is suing Page, Plant and their record label for copyright infringement.

Spirit’s former bass player previously testified to drinking beers with Plant and playing the billiards-like game snooker after a show at Mother’s Club in 1970.

Plant had a much sharper memory of creating “Stairway” at Headley Grange in England, where he said his goal was to evoke an image of pastoral Britain.

Plant was sitting by a fire in the building when Page played the introduction to the song. Plant said he had a couplet that might work that began: “There’s a lady who’s sure all that glitters is gold, and she’s buying a stairway to heaven.”

From there it started “rolling pretty fast,” he said.

The other band members would make contributions and Plant would occasionally retreat to a bedroom with a notepad to work on more lyrics for what became an eight-minute song.

Lawyers for Page and Plant have asked the judge to throw out the case before it goes to the jury. Judge R. Gary Klausner did not entertain that motion Tuesday morning.

Musical experts for the Wolfe estate have said there were many similarities between “Taurus” and “Stairway,” but a defense expert testified Friday that the main similarity was a common descending chord sequence used as a musical building block for 300 years. 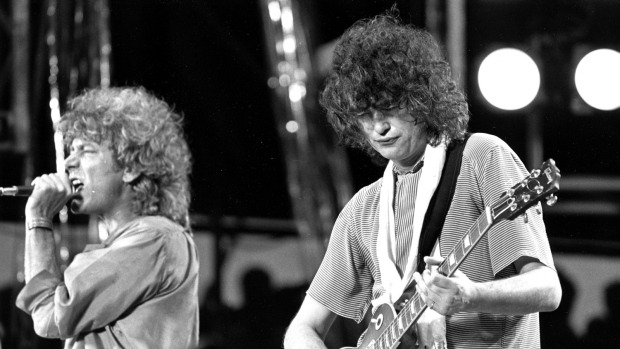 The surviving members of Led Zeppelin were reunited Friday in a Los Angeles courtroom as bassist John Paul Jones testified in defense of his bandmates in a high-stakes copyright lawsuit that claims the band ripped off a riff used in “Stairway to Heaven.”

Jones said he never heard the band Spirit play, never met them and didn’t own any of their albums.

The estate for Spirit’s late guitarist Randy Wolfe, also known as Randy California, claims Led Zeppelin lifted a passage from the instrumental “Taurus” and incorporated it in the well-known introduction to “Stairway.”

If the estate is successful, it could be worth millions of dollars as the song continues to funnel a fortune to songwriters Jimmy Page and Robert Plant.

Led Zeppelin works that include “Stairway to Heaven” generated revenues of nearly $60 million over the past five years, economist Michael Einhorn testified.

Einhorn, who said he reviewed 50,000 pages of financial documents to reach that figure, conceded on cross-examination that some of the revenues came from a 2008 contract covering the band’s catalog of 87 songs. Led Zeppelin lawyers contend the contract falls outside the statute of limitations and shouldn’t be included in potential damages.

After Einhorn testified, the plaintiff rested its case. The defense opened with a musicologist, who cast doubt on whether the two songs are substantially similar.

While experts for the plaintiffs previously said there are many similarities between “Taurus” and the intro to the 1971 “Stairway,” Lawrence Ferrara said the likeness was limited.

The main trait they shared, a notable descending minor chord progression, is a common building block in songs dating back 300 years and is found throughout pop music predating Wolfe’s composition from 1967 or 1968.

“It’s not something anyone can own,” said Ferrara, a music professor at New York University.

Ferrara picked the songs apart note by note, playing the riffs on piano and comparing them to compositions such as “My Funny Valentine” and the Beatles’ “Michelle.”

Comparing differences in the arrangement of the same notes in both songs was like rearranging the letters in “treason” to spell “senator,” Ferrara said, noting that the succession of letters makes a difference.

He said similar chord pairs other experts highlighted as important was like comparing pairings of the words “and the” in one short story to another.

“That I would not call a relevant similarity,” Ferrara said.

With Page and Plant seated at the defense table for the fourth day of trial, their bandmate Jones made a brief supporting appearance.

Jones, who is no longer a defendant in the case, provided backup to Page’s testimony that he had never met members of Spirit, despite opening for the band when Led Zeppelin made its U.S. debut in late 1968.

Page has said he knew some of Spirit’s music and owned a couple of their albums, but he never heard “Taurus” until his son-in-law showed him comparisons to “Stairway” on the internet a few years ago.

He said he didn’t even realize he owned Spirit’s first album that contained “Taurus,” until he looked through his collection after the comparisons surfaced.

Page acknowledged, however, that the band played a riff from the song “Fresh Garbage,” also from that album, in a medley that was a concert staple when first starting out.

Jones, 70, wearing a black suit and black shirt, said he joined Led Zeppelin after his wife learned Page was starting a new group and suggested he call him. Page recruited Plant as singer and drummer John Bonham, who died in 1980.

The band, originally called The New Yardbirds, had a touring obligation for Page’s previous band The Yardbirds, so they needed to come up with material quickly and often played cover songs.

Asked if all the songs were covers, including the medley with “Fresh Garbage,” Jones said he believed some were Yardbirds tunes.

Jones said he played the “Fresh Garbage” passage without knowing what it was or who it was by. He said it was just something he heard that he thought was catchy.