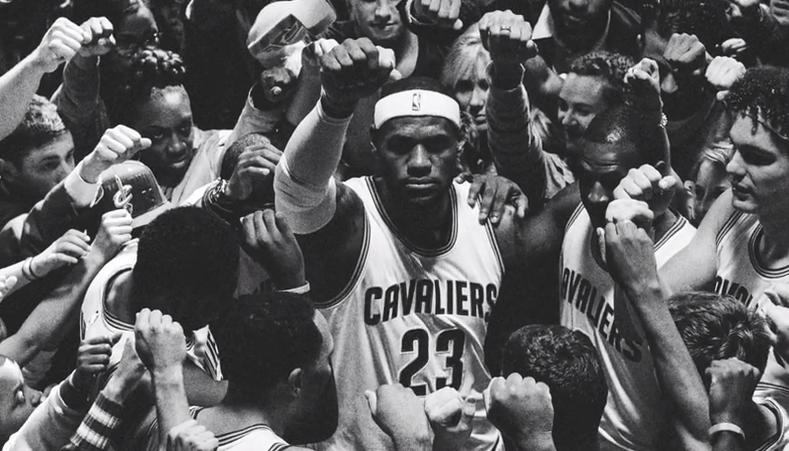 With Their First NBA Championship, the City of Cleveland and LeBron James Officially Put the Past Behind Them

When LeBron James hosted an hour-long special “The Decision” to announce he was going to “bring [his] talents to South Beach,” the city of Cleveland didn’t take it well. After all, LeBron was the hometown hero. The kid from Akron, Ohio, who got to live the dream as the No. 1 overall pick to the Cleveland Cavaliers. The King who would turn the team around.

So, yeah. They hated him for leaving to title chase with the Miami Heat. They burned his jersey and cursed his name. Owner Dan Gilbert wasn’t quiet about his disdain following LeBron’s exodus. Gilbert described James as a narcissistic man with no regard for the city in an open letter to Cavs fans shortly after his decision was announced.

“You simply don’t deserve this kind of cowardly betrayal,” wrote Gilbert to the fans. “Some people think they should go to heaven but NOT have to die to get there.”

He referred to LeBron as “the self-declared former ‘King’” throughout the letter. He also promised the fans that they would win a championship before LeBron.

Spoiler alert: they didn’t. Things got bad in Cleveland. The Cavs struggled to win 20 games a season, earning them three first overall picks in four years.

Ironically enough, those picks would turn into Kyrie Irving and Kevin Love (via trade with the Minnesota Timberwolves), who would help convince LeBron that a championship in Cleveland wasn’t out of reach.

People begged for him back; Gilbert ate his words, and The King returned. Two straight NBA Finals matchups with the Golden State Warriors led to the climax the city had been waiting 52 years for: a championship.

Now, the city, Gilbert, and LeBron can all put the ugly past of their relationship behind them and celebrate together. We can focus on LeBron’s future again instead of dwelling on his past.