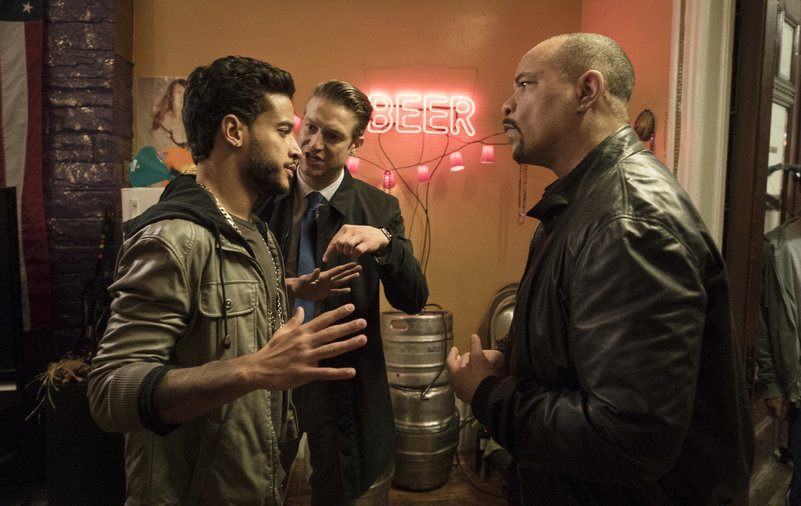 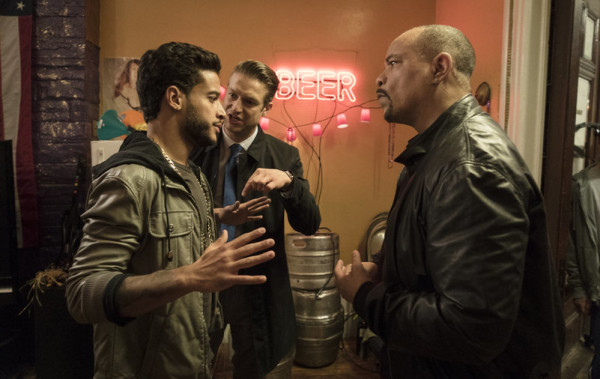 On this week’s episode of “Law & Order: SVU,” Benson was at the park with Noah. Sonny and Finn went to the home of a teenager who hadn’t come home from school. Then Benson realized Noah had disappeared. At the teenager’s house her mom said she had an older boyfriend. Benson then found Noah playing with another child.

Sonny found photos the girl had texted to an older boy named Diego. Benson went to the station to find out about the case of Lilly, the missing girl. Peter, a friend of Lilly’s, came to talk to Benson about finding her. Peter said Lilly had been acting weird lately and that she smelled like cigarettes and maybe even pot. He also said she couldn’t talk to her parents because they didn’t understand her. Lilly went to hang out with the cool girls at a nearby frat house. Sonny went to the frat house, found Diego, and took him into custody.

Sonny talked to a homeless man who found a credit card on the street and used it. The homeless man pointed them to a bag that turned out to be Lilly’s. In a nearby alley Sonny and Finn found a dead body. When they uncovered the body, they saw it was Lilly. Benson told Lilly’s parents that they found her body and asked them to ID it. ME Warner said Lilly took a blow to the head and bled to death. They found blood and semen on her from the killer.

Sonny questioned the homeless man who said he was happy to find the cart with Lilly’s body in it because he was looking for bottles and cans to cash in for change. ME Warner suspected a male relative of Lilly’s killed her. Finn went to see the male relative at work and said they needed a list of all of his male relatives. That’s when he told Finn he was adopted. Finn got his mother’s name and went with the sergeant to talk to her. She then gave them names of male relatives. Mr. Marino was one of the men on the list, and he was brought into the station for questioning. They said his brother Robby was suspected of killing Lilly.

Benson told Finn to call Melinda Warner and put pressure on her to help them solve the case. Meanwhile, Sonny and the sergeant questioned him about what he did to Lilly until he finally admitted she was in his van and was coming on to him before changing her mind. Warner told them Robby was not the person who killed Lilly. Warner suspected a deceased relative of Robby would help them solve the case, so his body was excavated. Ray Marino turned out to be the deceased relative, and the team continued to suspect that he was related to the real killer. Benson talked to Ray’s widow and told her Ray had a son she didn’t know about. Ray’s brother said he had a son with a woman named Stella.

Benson talked to Stella, who said her best friend Helen’s sons may be who they are looking for. Daniel, Gary and Mark were Helen’s sons, and they wanted to investigate all three of them. However, Sonny cleared all three brothers. Warner said the DNA on Lilly’s body was Gary’s DNA. Gary was apprehended and arrested by the sergeant and Sonny.

Benson told Gary they found his DNA on Lilly. He said she got into his van, and he wanted to talk to her. He saw her every day and thought she was cute. He confessed he tried to kiss her, and she said no. He wanted to prevent her from screaming, so he shook her to death in his van. Gary said he was going to let her go but then realized she wasn’t breathing and had no pulse. He wrapped her body in a blanket after dark that night. Gary maintained killing Lilly was an accident.

Finn, Benson and Sonny went to visit Rollins at home.