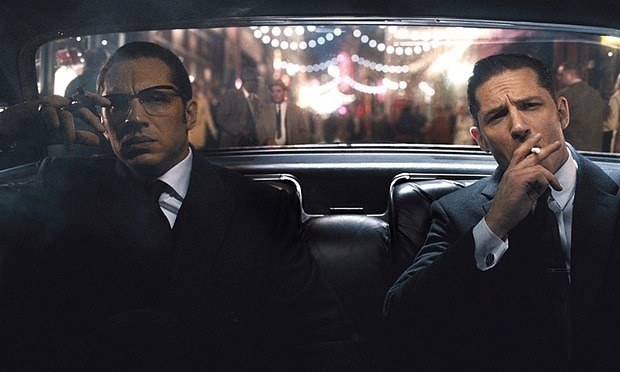 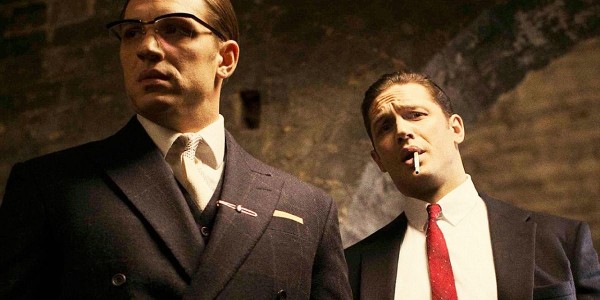 Tom Hardy is a well-established actor, who recently starred in the latest installment in the Mad Max franchise, Fury Road. He has also taken on such roles as Bane in The Dark Knight Rises and Earnes in Inception.

Legend is set in the 1960s and tells the story of the well-known Kray twins, two people who played critical roles in much of the organized crime in East London, an impoverished part of the British capital, during the 1950s and 1960s.

The Kray brothers lead their gang “The Firm,” which was involved in armed robberies, arson, assaults and multiple murders. The Krays were often seen socializing amongst numerous entertainers such as Judy Garland (The Wizard of Oz) and Frank Sinatra. By the 1960s the Kray brothers were seen as celebrities and they were featured in magazines and on television. However their downfall was hardly glamorous: eventually, the two brothers were arrested in 1968 and both were sentenced to life in prison. 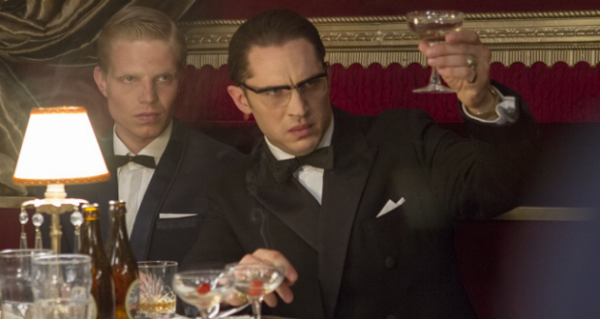 Just from the ninety second trailer, it is evident that this film will be filled with humor, action and violence. Written by Academy Award winner Brian Helgeland (L.A. Confidential, Mystic River), the movie takes a fresh, light spin on what might be called the typical crime-thriller.

Tom Hardy is surely going to get plenty of praise as he embodies two very different characters. Although twins, each of the Kray brothers possess unique qualities, in which Tom Hardy showcases. Throughout the trailer, we see how Tom is able to use his vocal and physical acting abilities to embody Reggie and Ronnie Kray.

The plot is mainly focused on Reggie’s struggles trying to deal with his brother’s reckless ways. The trailer shows a point in which Reggie is warned, “Your brother Ron is violent and psychopathic, he’s is off his rocker.”

The trailer also shows that Reggie is conflicted with committing to his love interest, and eventual wife Frances Shea (played by Emily Browning) or to remain loyal to his twin. At one point, Reggie even tells her, “My loyalty to my brother is how I measure myself.” Evidently, blood runs thicker than water.

Legend has already created some buzz as it was reported to be ‘one of the best scripts’ that potential buyers at Cannes Film Festival had ever come across.

When watching the trailer, I can’t help but be reminded of Armie Hammer’s portrayal of the Winklevoss twins in the 2010 movie, The Social Network. While I thought Armie did a great job filling the two roles, I think I will be even further impressed by Tom’s rendition of the Kray twins, as he definitely creates a notable distinction between the two characters.

In addition, the trailer also reminded me of 2012’s Django Unchained. Django, which won the 2012 Academy Award for best screenplay. That film also took a relatively witty spin on a usually more serious topic (slavery). It seems Legend will likely be the same, in that it wont hold back on the violence, but will also have some lighter moments that will set it apart from the majority of films with similar stories. 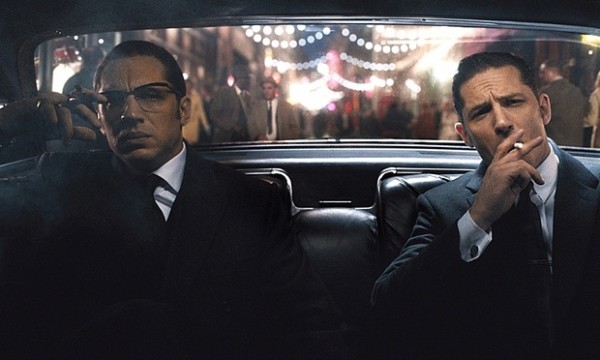 The trailer showcases this underlying wit from the get go. The very first clip of the trailer where Ronnie is upset when his “shoot-out” opponents show up with iron bars and this isn’t “proper” fighting equipment in his opinion. He asks his opponents if they were planning to “bake [him] a cake” with their “rolling pins”. In addition, it is intriguing to see Tom play up his subtle humor, particularly in the role in the slightly crazy brother, Ronnie Kray.

Set to be released on October 2, it seems Universal is placing this film to align with award season. With the early praise the script has gotten and the impressive job Tom Hardy does as the star of the film, I would not be surprised if this film snags a couple of awards.

I predict that this film will propel Tom into the top ranks of actors as he keeps getting really close. Thankfully he continues making great interesting movies like Bronson and Tinker Tailor Soldier Spy.
Legend Movie Trailer 3