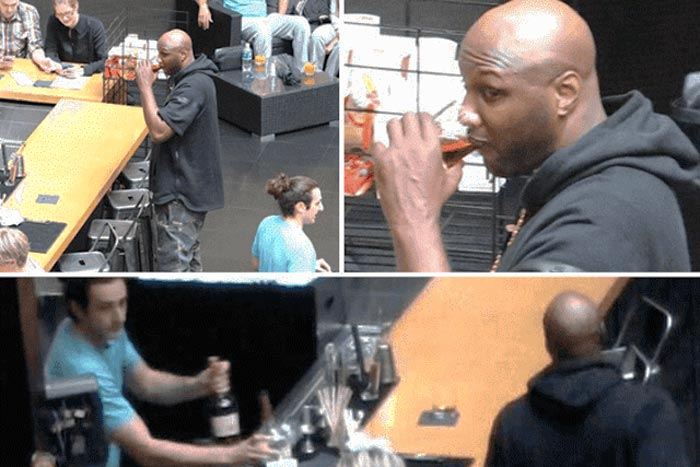 Unfortunately, former NBA player Lamar Odom has encountered some major setbacks in his recovery. The athlete-turned-reality star was reportedly kicked off a plane due to excessive intoxication.

Media outlet TMZ reported that Lamar was forced off of a Delta Airlines flight after throwing up multiple times in the plane’s cabin before it even took off. The star had been drinking a notable amount of alcohol at LAX’s airport lounge just before boarding his flight.

Witnesses of the situation claim that Lamar was chugging both whiskey and beer before his flight. In addition, the troubled 36-year-old reportedly threw up in the first-class section of the plane before he was able to make it to the plane’s bathroom.

Staff on the plane proceeded to “gently escort” Lamar off the plane. However, he decided to re-board just minutes later – much to the airline crews’ dismay. After returning to his seat, Lamar once again headed to the bathroom to presumably vomit but was unable to keep his balance. Thus, he was once again escorted off the plane. This time, Lamar did not re-board the plane before it took off to New York.

Lamar’s excessive drinking is particularly concerning, as he is still recovering from a near-fatal overdose that occurred at the end of 2015. Lamar was found unconscious outside of a Las Vegas brothel, and it was soon after determined that he had dangerous levels of both cocaine and herbal Viagra in his system. After this happened, Lamar appeared to be focused on turning his life around. However, this doesn’t look to be the case as he continues to fall back into his old habits.

Only hours after his airport incident, Lamar was spotted partying at a strip club in Los Angeles. Lamar, as well as an unidentified woman, was reportedly drinking while at 4Play Gentlemen’s Club on Monday night. 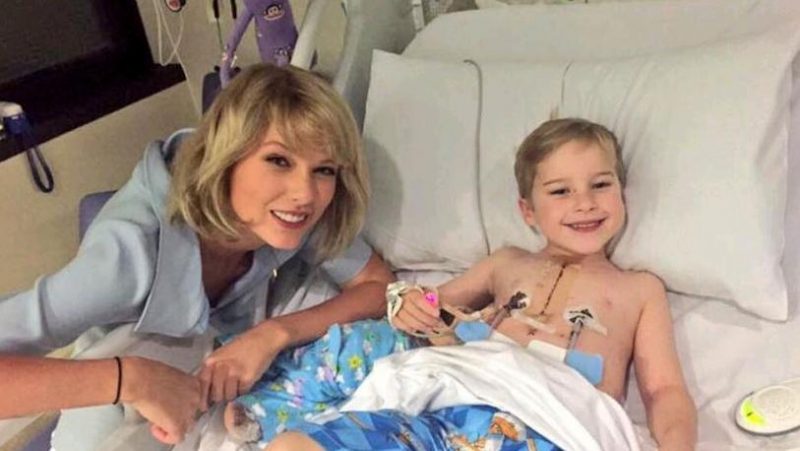 Taylor Swift definitely upset some people – especially Calvin Harris fans – when she split from the DJ and rebounded with actor Tom Hiddleston just days later. Due to the nature of the situation, many have speculated that Taylor and Tom were already involved when she was still in a relationship with Calvin.

The “Shake it Off” singer appears to be trying to shed some of this bad media attention by re-establishing her wholesome, good girl image. On Tuesday, Taylor decided to take a break from hanging out with her new beau and headed to Lady Cilento Children’s Hospital in Queensland, Australia. While there, Taylor proceeded to hang out, sing to, take pictures and sign autographs with numerous of the young patients in the hospital’s care.

The hospital took to their Twitter account to thank Taylor for her kindness. They posted, “Thank you, Taylor Swift, for dropping by the Lady Cilento Children’s Hospital today for a surprise visit.” 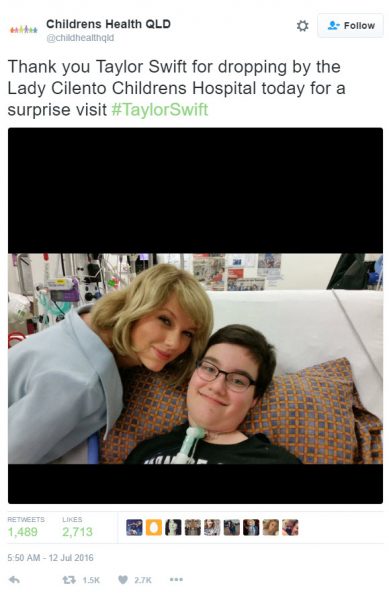 While Taylor abstained from posting any pictures from her visit to the hospital on social media, several of the patients excitedly posted pictures/videos with the singer. A young patient named Bella, who is bravely battling bone cancer, shared a short video of her and Taylor on her Instagram page. In the video, Bella is shown holding a signed pillow with Taylor’s infamous lyric “Shake it Off” sprawled across it.

Although some people were not pleased with the latest developments in Taylor’s ever-changing love life, it is definitely hard not to admire her for being able to bring such happiness to countless young patients.