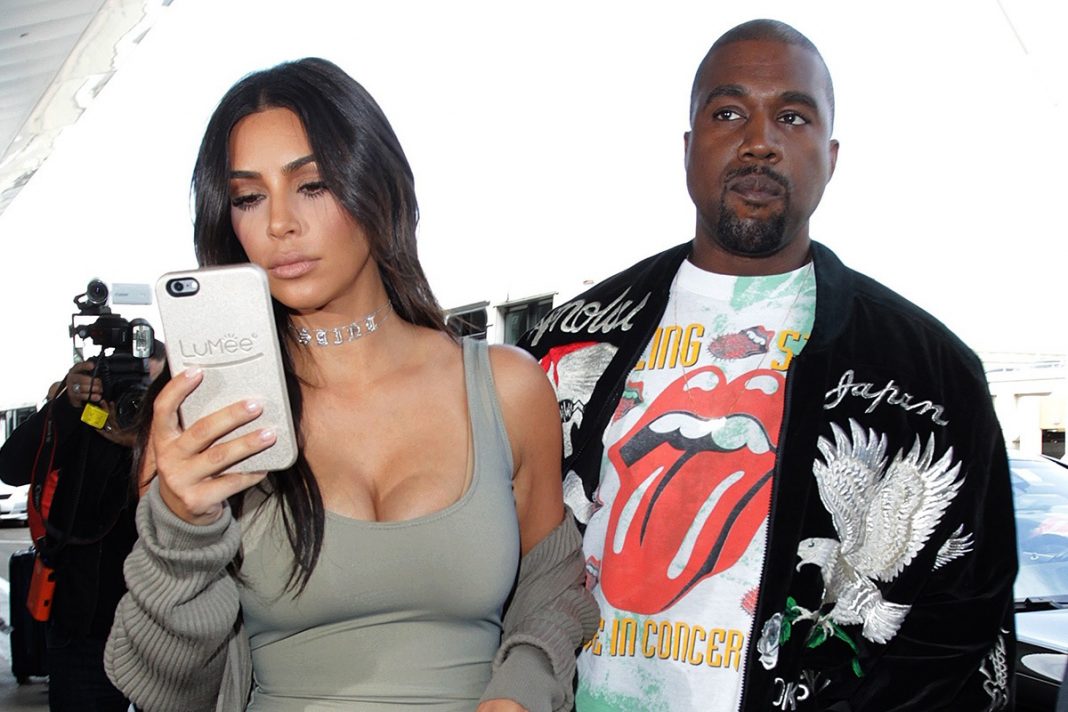 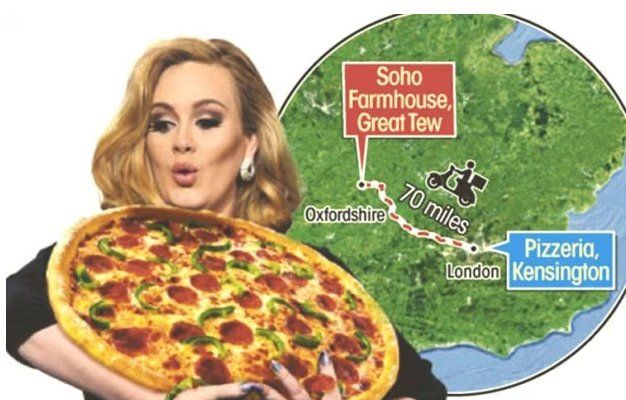 While there is no shortage of divas in the entertainment industry, soulful songstress Adele never appeared to be one of them. The UK-native is known for her down-to-earth personality and relatable sense of humor. However, a recent report is claiming that she may have a bit more in common with divas like Mariah Carey than what was previously thought.

English media tabloid The Sun just released an article stating that the “Hello” singer sent an employee on a long road trip– all in the name of pizza!  While staying at the Soho Farmhouse country estate in the Cotswolds area of England, Adele supposedly sent a worker all the way to a pizza place near her home in Kensington, London. This entailed the employee to drive over 140 miles round trip – just to get the exact pizza pie that the singer craved. 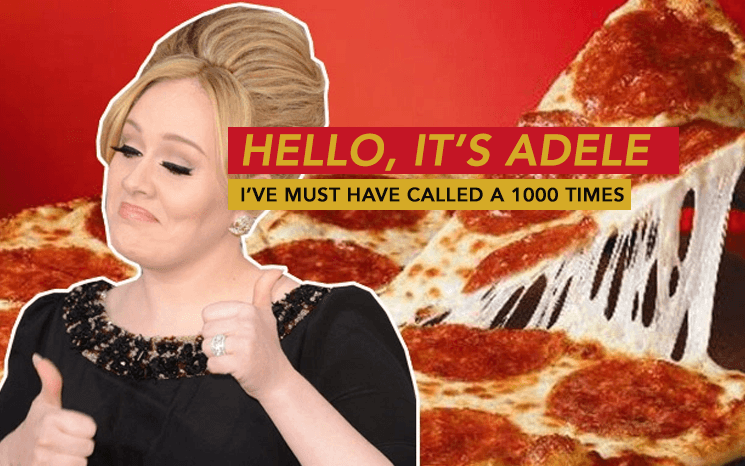 A source told The Sun, “She was told [the luxury resort estate she was staying at] had the best ovens. But she insisted that staff fetch the pizza from her local company. A member of staff drove all the way to London and came back with it. Unfortunately for Adele, by that time it was 3 am – and she was asleep.” They went on to add, “Soho Farmhouse [country estate] staff members are trained to say yes to anything. Adele made the most of that. She obviously likes to have her home comforts, even when they are almost 100 miles away.”

Based on Adele’s past behavior, it is pretty hard to believe that she would order someone to go to such an extreme just to get a pizza (which she didn’t even end up eating). However, her rep has refused to comment on the claim and therefore one can only assume that there is at least a hint of truth to the story! 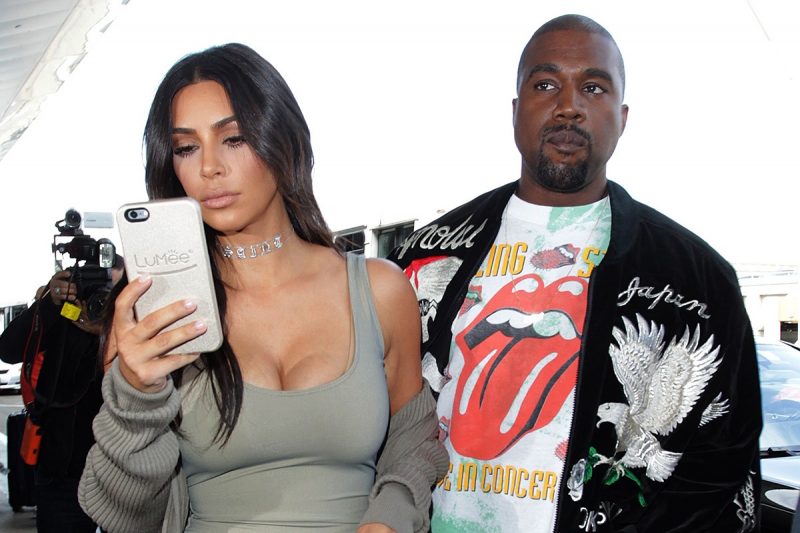 From fashion lines to makeup products to customized emojis, Kim Kardashian-West is continuously expanding her multi-million dollar empire. There is no sign of slowing down for the reality star, as she is reportedly in talks to write her very own cookbook.

In the recent issue of People magazine, a source explained that Kim is hoping to follow in her mother, Kris Jenner’s, footsteps (Note: Kris released a cookbook in 2014 titled In the Kitchen with Kris). The source revealed, “Kim is starting to cook so much more than she has in her entire life. She’s actually considering a cookbook and she’s pretty serious about it. It all started with Kanye’s encouragement, as he loved when she cooks him food. [Kanye] was always saying to her ‘Baby, I need a home cooked meal.’ His mom cooked all the time, and he says it was such a good thing. And she knows he loves when she cooks, but she never cooked and didn’t know how.”

The source went on to add, “Kanye thinks Chrissy Teigen’s cookbook is genius and really amazing. So Kim has been getting advice from her, and Chrissy’s been showing her the ropes. One thing Kim is doing is testing the waters of her audience. She’s slowly posting more social media about food and seeing how her fans react. It’s been great so far; people love hearing what she is cooking.”

Just recently, Kim took to her Snap Chat to share the latest meal she cooked for her husband and friends. In a video, Kim showed off Kanye’s empty plate and playfully added, “no testimony needed from my husband.”

If she can sell thousands of copies of a book that is just filled with her personal selfies, she will likely find success if she does decide to release a cookbook.