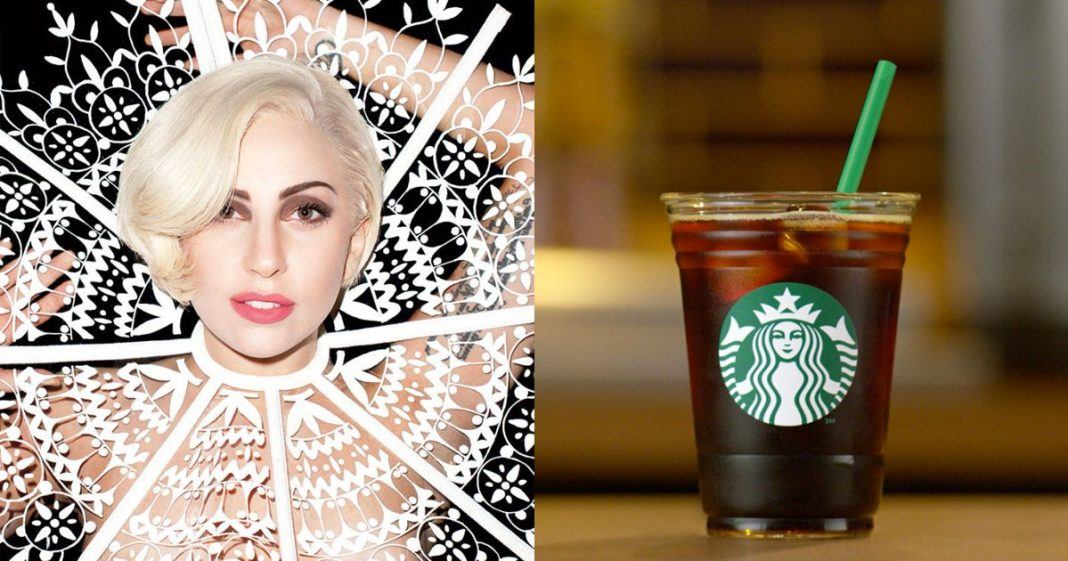 You may or may not have noticed, but romantic comedy actress Cameron Diaz has been away from the Hollywood spotlight for quite some time now. While she used to be in several movies a year and seen at some of the industry’s biggest events, she has since decided to lead a much more private lifestyle.

On Saturday, Cameron stopped by the Goop Wellness Summit in Culver City, California, in support of her friend and fellow actress Gwyneth Paltrow. While there, Cameron sat alongside starlets Nicole Richie, Tory Burch and Miranda Kerr, and discussed her recent hiatus from the spotlight.

At the Summit, Cameron explained her leave of absence that came about after she starred in the 2014 movie Annie. Cameron told the crowd, “I just went, ‘I can’t really say who I am to myself.’ Which is a hard thing to face up to. I felt the need to make myself whole.” Later during the star-studded event, the 44-year-old beauty was asked about her new life as a married woman (note: she is married to Good Charlotte front man Benji Madden). While addressing why she didn’t get married until “later” in life, Cameron noted, “I think it’s a matter of I just hadn’t met my husband, you know? I had boyfriends, before. And there’s a really, really distinct difference between husbands and boyfriends. And I have a husband who is just my partner in life and in everything. Talk about two very different people! We are so different from one another, but we share the same values – we’re totally two peas in a pod. We are both just weird enough for each other…we women are objectified so much. Somehow my husband has just been able to kind of show me what it’s like not to have that be a part of a relationship, and being an equal.”

Nonetheless, from the interview Cameron gave at the Goop Wellness Summit, it sounds like she is almost ready to return to Hollywood, at least to some extent. 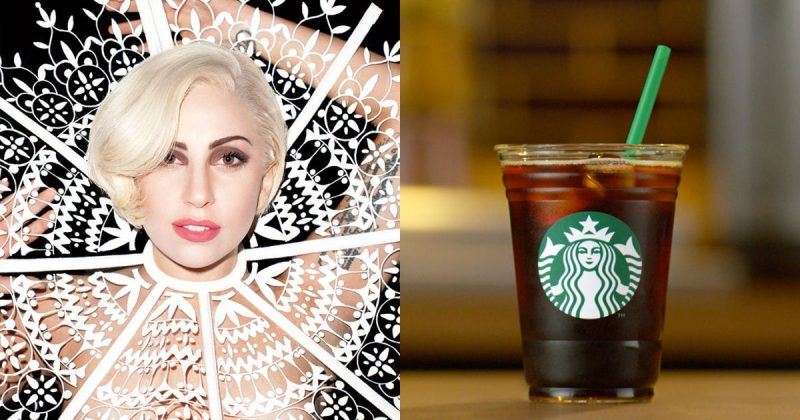 Now that the whole Unicorn Frappuccino craze has died down, Starbucks is looking for their next big thing. Fortunately, they were able to convince pop starlet Lady Gaga to lend her name and image to their brand, as they are collaborating with the star on a line of purposeful drinks.

On Monday, Starbucks announced that they would be launching a line of four new “Cups of Kindness” beverages in participating Starbucks stores in both Canada and the United States. According to the company, they will be donating 25 cents from each cup sold (from June 13th to June 19th) to Lady Gaga’s charity, the Born This Way Foundation. Subsequently, money raised will go toward programs that support youth wellness and empowerment. 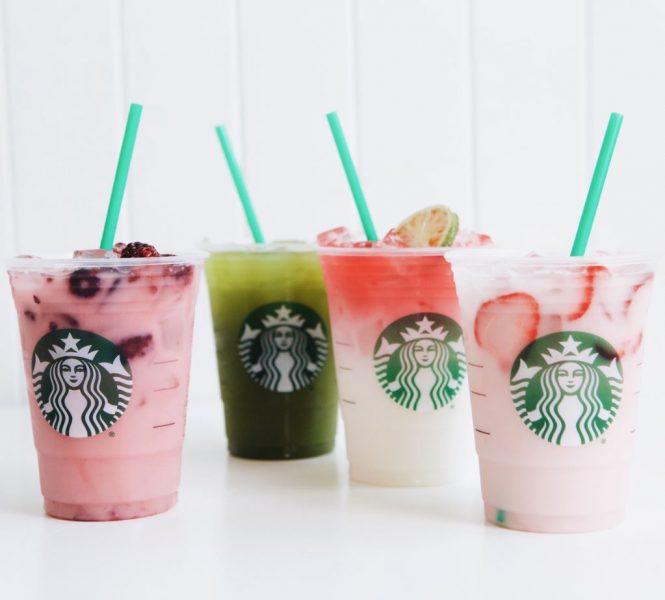 In a statement about her surprising collaboration with Starbucks, Lady Gaga said, “We’re healthier and happier when we live our lives with compassion and our communities are stronger when we treat one another with generosity and respect. Born this Way Foundation and I are so excited to partner with Starbucks to help inspire positivity and love through the Cups of Kindness collection.” The “Perfect Illusion” songstress went on to gush, “I adore the entire collection and I instantly fell in love with the Matcha Lemonade.”

The Cups of Kindness collection debuted at Starbucks stores across the US and Canada on Tuesday, June 13th. 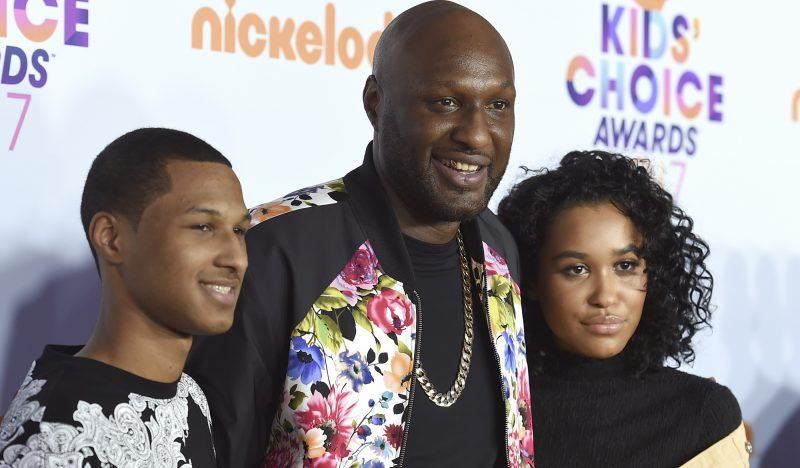 Nearly 2 years after her father, Lamar Odom, overdosed in Las Vegas, Nevada, 18-year-old Destiny Odom decided to talk publicly about the terrifying ordeal. In an all-new interview with People/Entertainment Weekly, the star’s daughter recounted exactly what she was doing when she found out about her formerly troubled father.

Destiny told the media publications, “It was a school night when I found out. We all thought that he was, that this was it for him and he was going to pass away. But, life is so crazy.” Lamar’s daughter went on to note that she believes her very first visit with her father post-overdose, which lasted just 30 minutes, played a critical role in his miraculous recovery. Destiny explained, “The next morning [after my first visit] he was ripping tubes out of his mouth and I don’t really think that’s a coincidence. I think he was meant to be here because of me and my brother. It sounds like a cheesy movie, but I think that everything happens for a reason.”

Later in the interview, Destiny revealed that she has seen drastic changes in her father and his behavior. She gushed, “When you parent is an addict and they get clean it’s like a whole new world. A whole new person, really. It’s crazy what therapy and rehab can do to a person. He’s just a lot more clear and in the moment and he’s more apologetic. He’s able to see more the pain that he’s caused when he’s clean.”

Hopefully, Lamar continues on this path and continues to build a stronger relationship with his kids and the rest of his family. 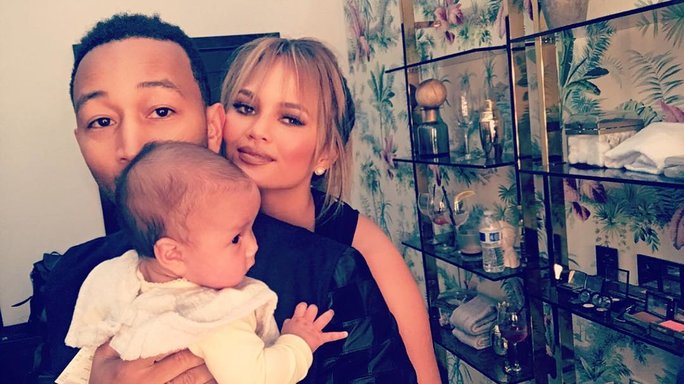 It was certainly a family affair for the Teigen-Legend gang on Tuesday, June 6th. Celebrity couple Chrissy Teigen and John Legend brought their 1-year-old, adorable daughter Luna with them to throw the ceremonial pitch at the Seattle Mariners game. Subsequently, the Seattle baseball team faced off against the Minnesota Twins at Safeco Field.

Throughout the experience, both John and Chrissy posted pictures of their family outing to their various social media accounts. In one photo, posted by John, little Luna is seen reaching for a bucket of the Mariners players’ bubblegum. The “All of Me” singer captioned the sweet picture, “Mommy and daddy posing. Luna stealing the Mariners’ bubble gum #LunasFirstTour #Seattle.” 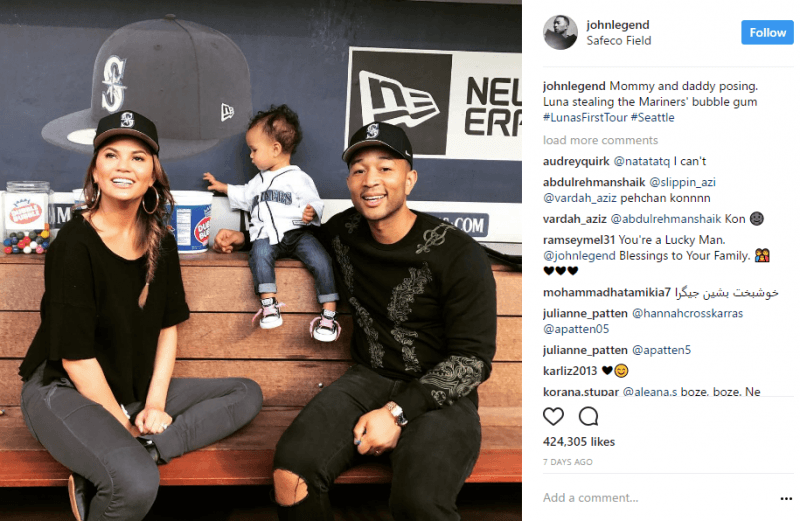 Currently, John, Chrissy and Luna are on the road as John is in the midst of his current tour, The Darkness & Light Tour. John and his crew were already in the Seattle area for the baseball game, as he had performing in Woodinville, Washington on June 3rd and 4th.

After the family threw out the ceremonial first pitch, the Mariners tweeted out a post thanking the famous trio. The baseball team posted, “Many thanks to [Chrissy Teigen] and [John Legend] for letting Luna throw out our first pitch. It was a heater right down to the pipe.”

Many thanks to @chrissyteigen and @johnlegend for letting Luna throw out our first pitch. It was a heater right down the pipe. pic.twitter.com/82rN226snK 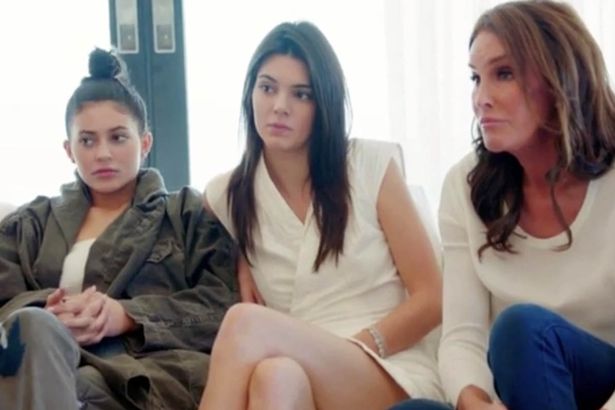 According to recent media reports, Caitlyn Jenner’s memoir The Secrets of My Life didn’t just cause a rift between her and the Kardashian family. This week, a source close to the star told the press that even Caitlyn’s two daughters, Kylie and Kendall Jenner, are distancing themselves from her.

While discussing the two young stars’ relationship with their father, the source explained, “Kendall is loyal to Kris and has very little to do with her dad. The more time that has passed, the more she feels Caitlyn has let her down with the things she has said and with her actions.”

The source went on to reveal that Kylie is slowly finding herself unable to stay completely out of the inner-family drama between the Kardashians and Caitlyn. The source elaborated, “Kylie has really made an effort to take side and to be supportive of Caitlyn. She really wants to have a relationship with her dad, but Caitlyn has hurt Kris tremendously and it’s made it very difficult. With everyone in the family on Kris’s side, it’s hard on Kylie…She tries to keep it separate and doesn’t want to discuss it with the rest of the family.”

As shown recently on the family’s weekly reality show Keeping Up with the Kardashians, tensions are at an all-time high between Caitlyn and the rest of the clan. The same source went on to divulge to the press, “Both [Kendall and Kylie] really struggle with not being close to Caitlyn…It’s left a big void in their lives to not have the father they grew up with. She was a part of their lives every single day.”

Here are the biggest takeaways from Caitlyn’s book, The Secrets of My Life: