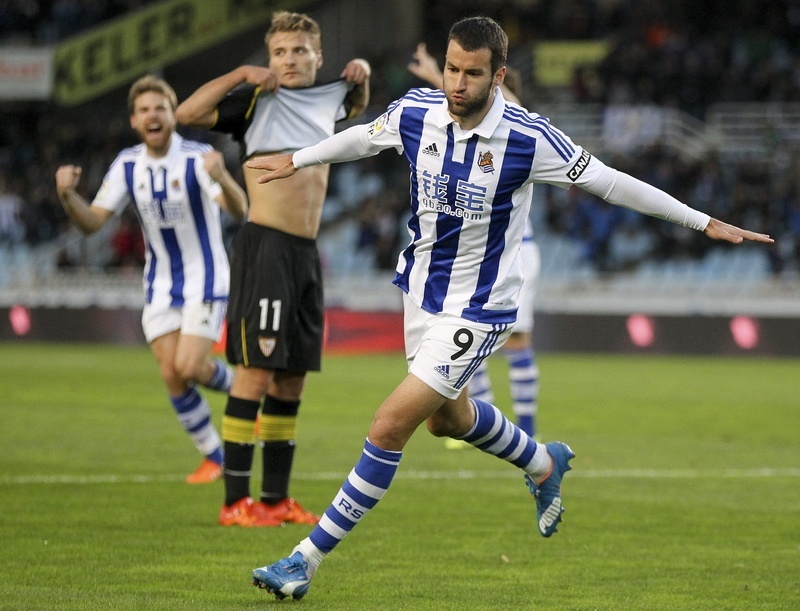 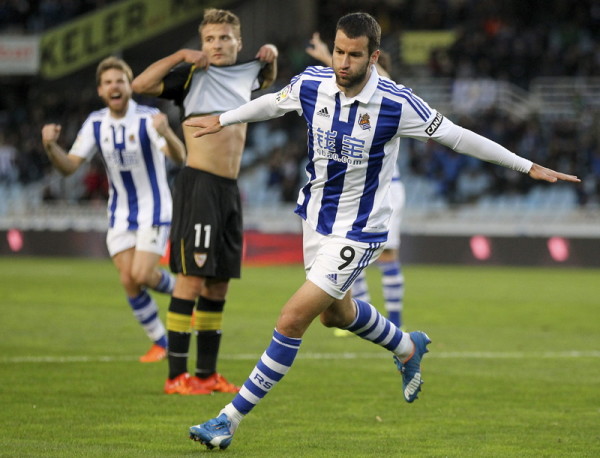 Real Sociedad’s sacking of David Moyes has had an immediate impact on their fortunes as they defeated Sevilla – who went into the game on the back of a 3-2 defeat of Real Madrid at the Ramon Sanchez Pizjuan. Imanol Agirretxe and Xabi Prieto scored a goal apiece in the space of four minutes in the second half to help the side achieve only their third league win of the season. The Basques have now moved to 14th in the league table courtesy of the three points from Anoeta – incidentally, it was their first home win of the season.

In the biggest game of the weekend, Barcelona hammered Real Madrid 4-0 at the Santiago Bernabeu on Saturday. The match promised to be an even encounter with Real Madrid in a position to field their full strength for the first time this season and Lionel Messi not in a position to start the game. However, it turned out to be a nightmare for the Real Madrid faithful as the Catalans ran riot at the Bernabeu and came home with a resounding win. Luis Suarez scored a brace while Neymar and Andres Iniesta grabbed one goal each to heap misery on Los Blancos, who were inexplicably weak on their home turf. The defeat has put the Madrid giants six points behind the reigning Spanish and European champions and put Rafael Benitez under immense pressure as he fights to keep his job only five months after his appointment last summer.

The other Catalan side, Espanyol, also registered a win as they overcame Malaga 2-0 at the Cornella El Prat on Saturday. Hernan Perez scored a brace for the hosts to win them all three points.

Valencia played out a 1-1 draw with newly promoted Las Palmas at the Mestalla. Paco Alcacer put Valencia ahead with an eighth-minute goal, but Las Palmas salvaged a point when Jonathan Viera grabbed an equalising goal in the second half. Nuno Espirito Santo’s men are now seventh in the league table.

Deportivo La Coruna got the better of Celta Vigo in the Galician derby at the Estadio Riazor. Lucas and Jonny scored the goals for the hosts to secure a 2-0 win against their high-flying Derby rivals. Celta are in fifth while Deportivo La Coruna are eighth in the table.

Deyverson grabbed a brace and Zouhair Feddal scored once to help Levante to a 3-0 win over Sporting Gijon at the Molinon. The win has moved Levante to 19th in the table while Abelardo’s men are now 15th.

Villarreal and Eibar played out a 1-1 draw at the Madrigal on Sunday. Sergi Enrich scored the goal for the Basques while Jaume Costa grabbed a late equaliser for the hosts.

Granada registered a surprise 2-0 win over Athletic Bilbao to move to 12th spot while their vanquished opponents sit ninth.

Atletico Madrid grabbed all three points from their visit to Real Betis courtesy of an early strike from Koke. The win has moved Diego Simeone’s side to second behind Barcelona and two points clear of Real Madrid, who are now third.