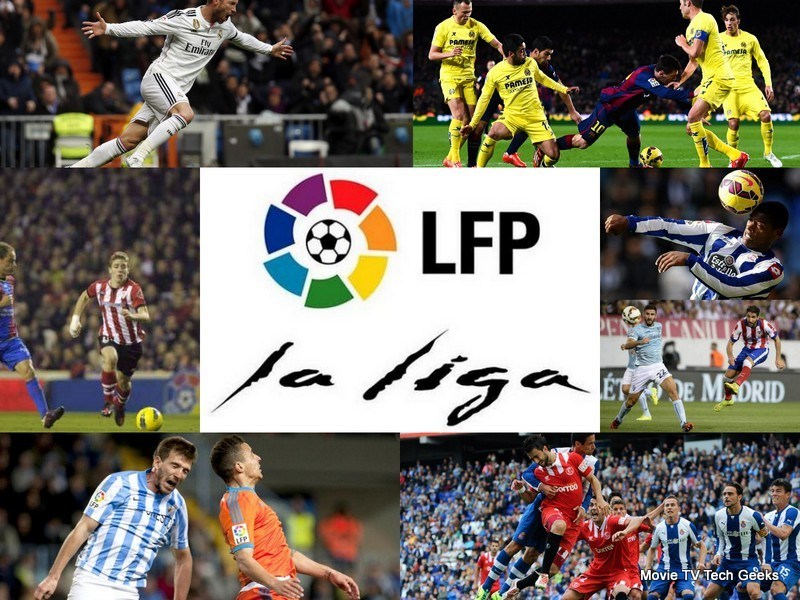 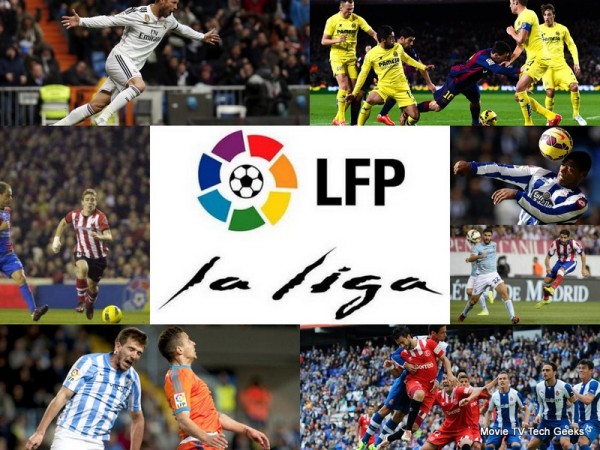 No change in the position of the top three teams in the Spanish La Liga, although, the fourth and fifth positions have been swapped yet again. Sevilla won on Sunday, whereas Valencia were stunned by Malaga on Monday night. 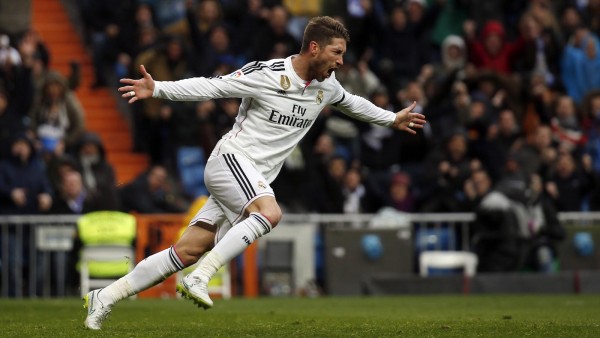 It was a routine week for Real Madrid as they claimed an easy victory in the league. In the absence of the Portuguese ace, Cristiano Ronaldo, his team mates proved that they can win without the help of their leading goal scorer. The game at the Santiago Bernabeu ended 4 – 1 in favor of Carlo Ancelotti’s side. Real Sociedad went ahead in the first minute of the game with Elustondo scoring the opener. But their celebrations didn’t last long as James Rodriguez scored the equalizer in two minutes time. Sergio Ramos scored the second goal for Los Blancos, while Karim Benzema’s two second half goals sealed their victory over David Moyes’ team. The Galacticos have an upcoming midweek game against Sevilla, which will be very crucial for their title challenge as Madrid can extend their lead at the top of the table to four points. Ronaldo will miss this vital clash as a part of his two match ban. 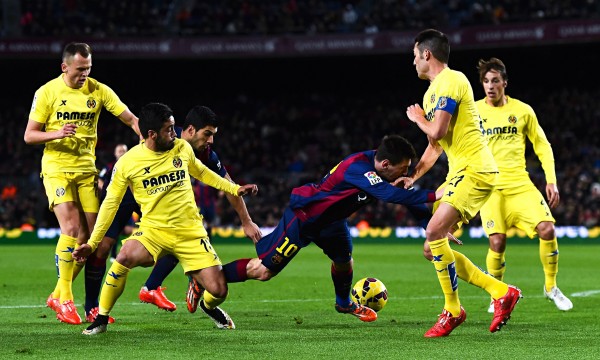 Lionel Messi came to Barcelona’s rescue once again this weekend as he grabbed the winner against Villarreal at Camp Nou. The Catalan giants were trailing 1 – 2 in the 51st minute, but in four minutes time the little Argentine ensured three points for his side. The 27-year-old scored a screamer from outside the box using his right foot. There isn’t anything that this man can’t do. For club and country, Messi has now been involved in a total of 600 goals. 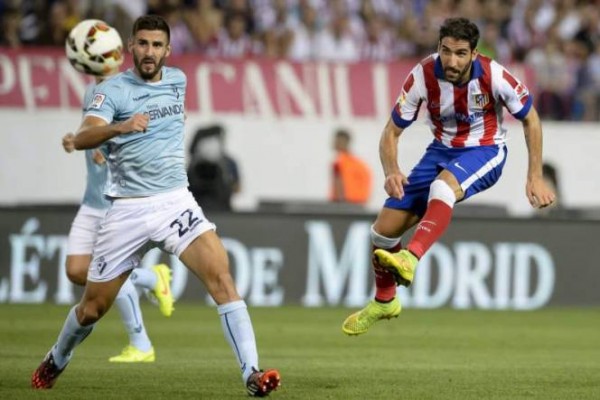 The champions, Atletico Madrid, seem to be pretty determined to retain the title they won last year. Diego Simeone’s side traveled to Eibar and won 1 – 3. Greizmann drew the first blood, while Mandzukic added two more before the half time break. Piovaccari scored for Eibar in the 89th minute of the game, but it was too little too late for them. Atletico are currently third in the league, only three points behind Barcelona. But, if Real Madrid wins in the midweek, the point difference between the city rivals could extend to seven. It’ll be very difficult to bridge the gap as the European champions are not prone to losing a lot of points. 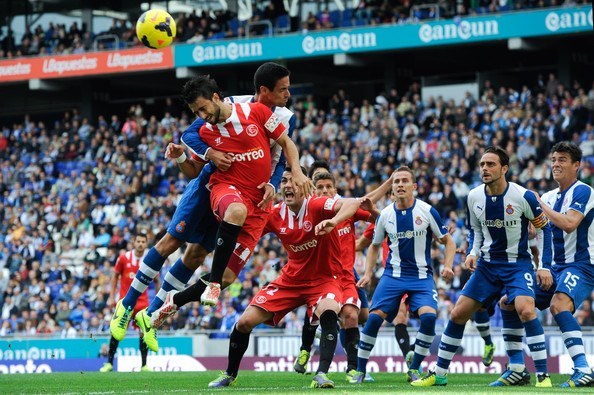 Sevilla are back in the top four after winning over Espanyol on Sunday. Iago Aspas scored a late winner for Unai Emery’s side and the game ended with a score line of 3 – 2. If Sevilla wins against Real Madrid on Wednesday, they can reach within two points distance of Atletico Madrid. With a win, they will also extend their lead over Valencia by four points. 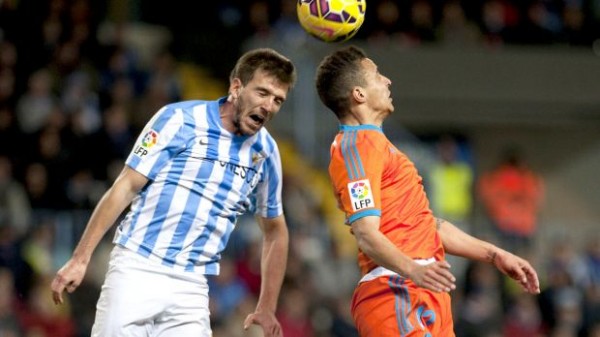 Valencia CF came empty handed after their face off against Malaga. Castillejo Azuaga scored the only goal of the game in the 25th minute. In the 73rd minute, Cavaco Cancelo received his second booking of the night and was sent off by the referee. Valencia have a lot to do if they want to regain the Champions League spot, which they had a hold on after defeating Sevilla. 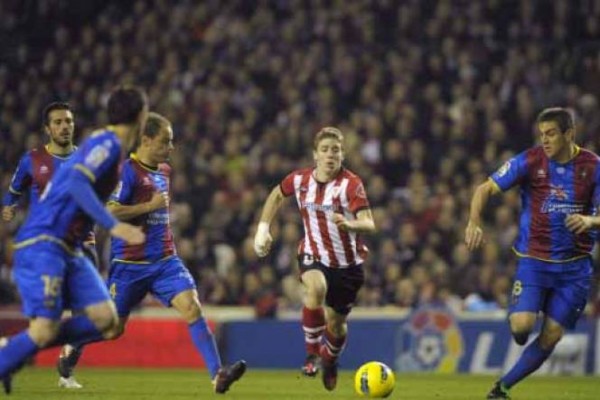 Levante played host Athletic Bilbao on Sunday and the match ended 2 – 0 in favor of the visitors. Bilbao are currently 11th in the league and their main focus will be to reach and stay in the top half of the table. Almeria, Celta Vigo and Almeria, all won 1 – 0 at their respective home stadiums. 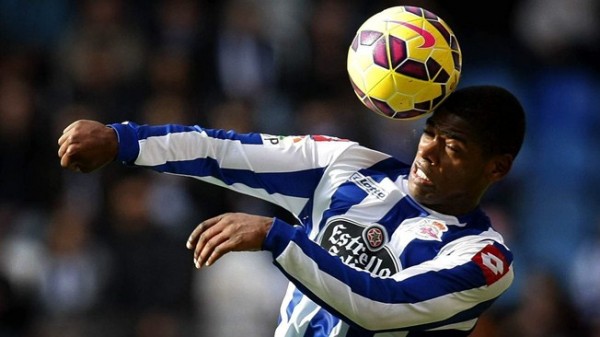 Rayo Vallecano gave in against Deportivo La Coruna on Friday. Borges scored both the goals for La Coruna and they currently are 14th in the La Liga table.