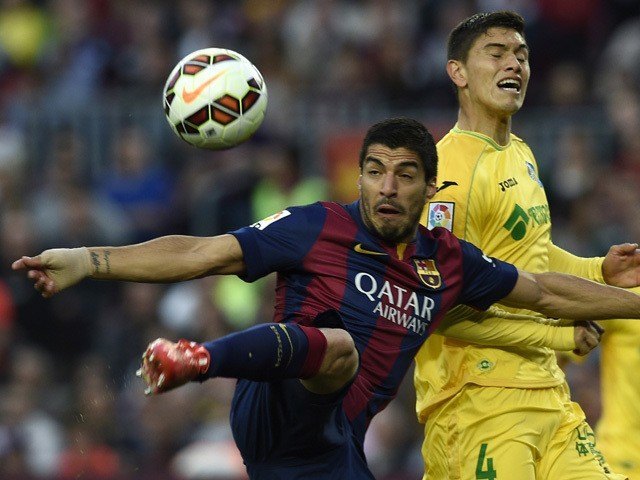 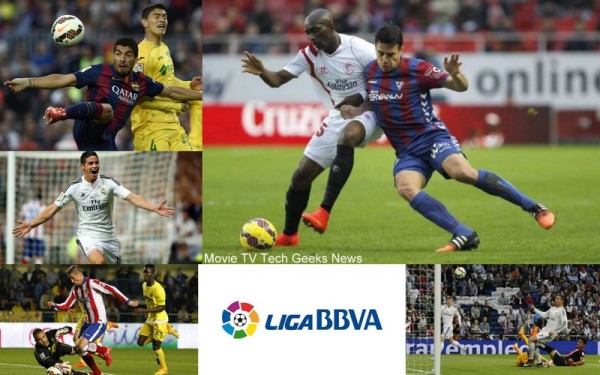 We can see the finish line now and there is still no clear leader in the La Liga Spanish league. Barcelona and Real Madrid are separated by only two points after 34 match days. 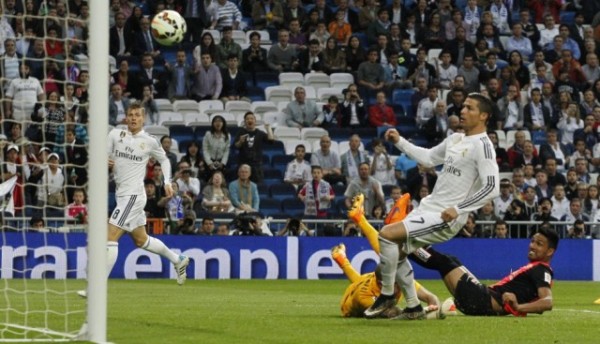 Los Blancos won 3 – 0 against Almeria at the Santiago Bernabeu on Wednesday. Cristiano Ronaldo seemed frustrated with himself as it was his second match without a goal. The Portuguese ace has a ridiculous goal scoring record in La Liga this season, but Lionel Messi isn’t much far behind him. They are both aiming to finish the season as the top scorer of the league. Also Ronaldo is gunning for his fourth Ballon d’Or trophy, which would make him the joint record holder of the award. 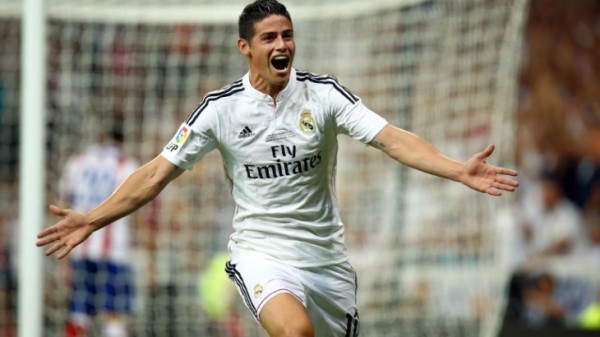 In the 3 – 0 win over Almeria, James Rodriguez opened the scoring just a minute before the half time break. The Colombian’s brilliant strike can be ranked amongst the best goals of the season. Arbeloa’s 84th minute tap-in on Chicharito’s pass also made headlines as Ronaldo seemed disgusted with himself for missing the chance to get off the mark. 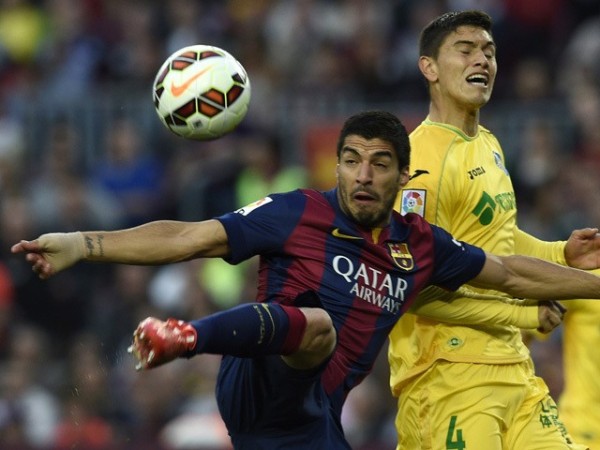 The Catalan giants Barcelona thrashed the visitors Getafe 6 – 0 at Camp Nou. Two goals each from Messi and Suarez contributed to the goals of Neymar and Xavi. Barca have amassed 84 points after 34 matches and a perfect record in the remaining fixtures would see them get back the Spanish crown. Although, even one slip can jeopardize their title hopes. 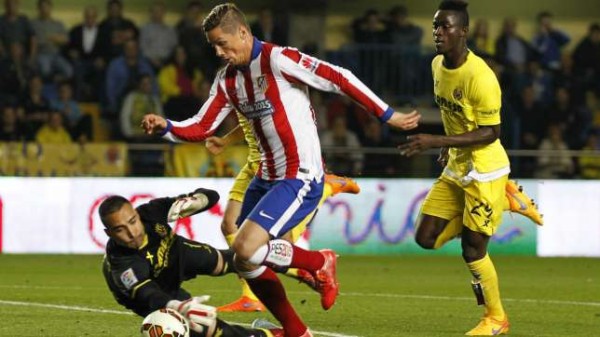 The current champions won 0 – 1 at Villarreal. Fernando  Torres’s 74th minute strike separated the two sides. It was very good run and finish from the former Liverpool striker. Atleti are currently third on the La Liga table and their chances of ending this season with a silverware are quite low. 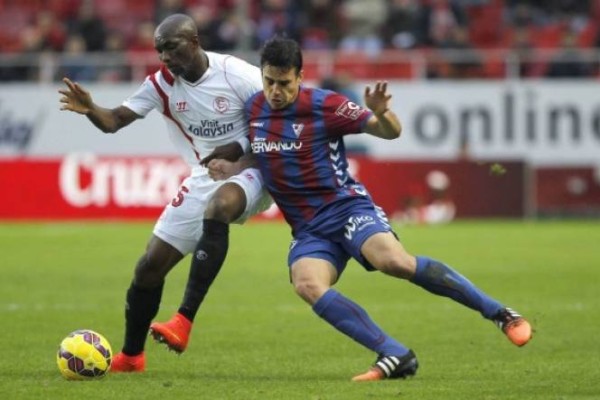 Sevilla and Valencia have equal points tally at present, but Valencia are ahead of Unai Emery’s side on goal difference. Valencia were held at Rayo Vallecano while Sevilla grabbed all three points against Eibar. Carlos Bacca’s brace at Eibar takes his season tally to 19 goals. He is currently fifth on the top scorers chart in Spain with Neymar (20) and Greizmann (22) his nearest rivals.

There wasn’t much movement at the foot of the table. All the teams in the relegation zone lost their respective matches in the midweek games. Granada lost 1 – 2 at home to Espanyol and Levante defeated Cordoba 1 – 0. Deportivo La Coruna lost by a bigger margin than the other two teams. Elche defeated the 18th place side 4 – 0 at home, denying them the opportunity to climb up to the 16th spot. Deportivo can’t afford to lose more games now and they would also have to keep a check on their goal difference as it can be a deciding factor on the final day of the season.