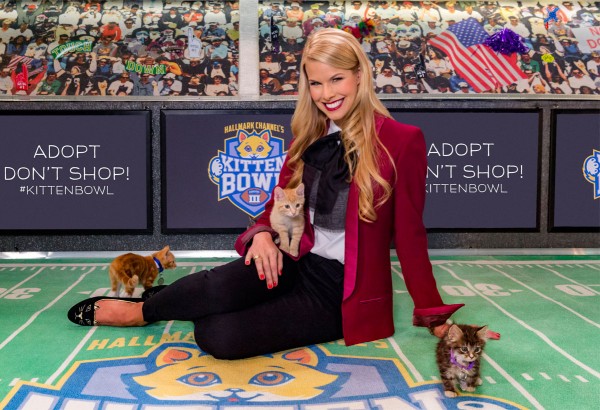 The 50th annual Super Bowl isn’t the only big event going on this weekend…viewers will also be able to catch the 3rd annual Kitten Bowl on the Hallmark Channel. For the past few years Hallmark Channel has partnered with both North Shore Animal League America – the world’s largest no-kill animal adoption and rescue center -, as well as dozens of other admirable pet shelters in America, to air the Kitten Bowl. The Kitten Bowl is a televised event that aims to raise awareness for pet adoption and encourage potential pet owners to seek out shelters when bringing a new furry friend into their home.

Unsurprisingly, the adorable feline-friendly game has been very effective in achieving its mission. Over the past two years, more than 850 pets have been adopted thanks to the furry take on the Super Bowl.

As a side note, we’re also very proud to be teaming up with North Shore Animal League America with our Adopt Me program where every week an adoptable pet is featured on the site. 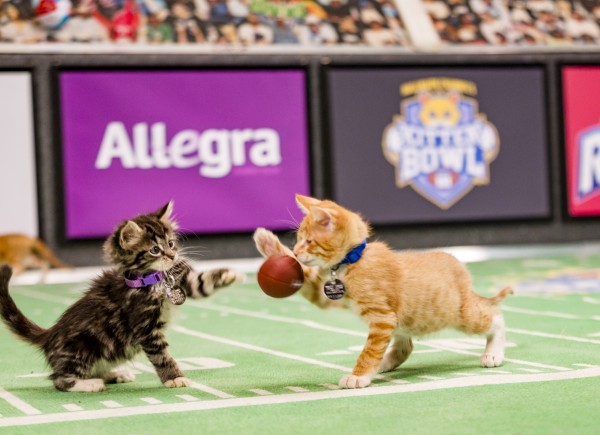 This year North Shore Animal League American’s leading volunteer, foster mom and national spokesperson Beth Stern will be hosting the game. In addition John Sterling, the radio voice of the New York Yankees, as well as Mary Carillo and Feline Football League (FFL) Commissioner Boomer Esiason will also help give viewers a play-by-play of all the action. 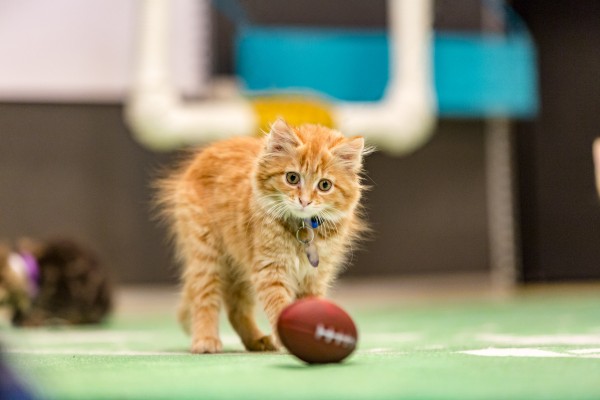 A week ago Beth actually appeared on The Ellen DeGeneres Show to promote the Kitten Bowl. While on it Beth revealed that she continues to do whatever she can to help pets in need. Beth explained, “[My husband] Howard [Stern] and I over the past two years have rescued and nurtured, fostered and found loving homes for over 200 cats and kittens.” In addition, Beth told Ellen that she currently is housing two blind kittens and a three-legged kitten as well. And while Beth may have a constant stream of animals going in and out of her house, she claims that Howard still manages to come up with names for each and every one of the temporary family members. 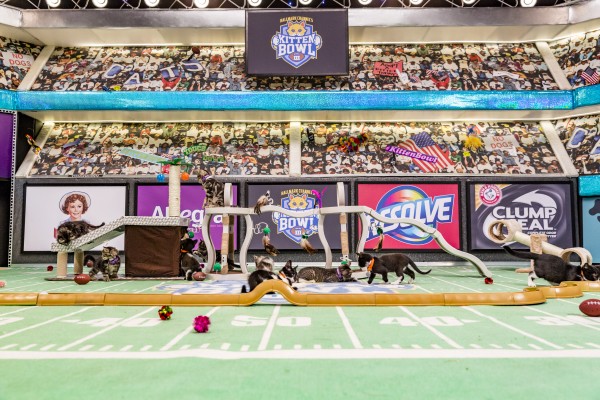 During the game, a few very lucky handlers and helpers guide the kittens in the playful football themed competition. With a pint-size field, cat scratch end posts and a few sparkly little balls, the kittens put on an entertaining show that will undoubtedly have you smiling throughout.

The roster for the game has been announced (and can be viewed on Hallmark Channel’s website), and fortunately, loving families have already claimed all the “cat-letes”. However, there are still countless adoptable kittens, cats, puppies and dogs anxiously waiting to be adopted.

In conjunction with the Kitten Bowl III, the various partnership shelters including North Shore Animal League America will be hosting Kitten Bowl parties. Here, supporters can get their hands on Kitten Bowl themed stuffed animals, trading cards and much more while they support a very worthy cause. In addition, the shelters will be offering approved adopters special pricing for animal adoption during the event.

While at the Super Bowl it will be the Denver Broncos against the Carolina Panthers, the real battle will be at the Kitten Bowl when teams the Last Hope Lions, Boomer’s Bobcats, Home & Family Felines, as well as North Shore Bengals are pitted up against one another. Some of the four-legged football stars include Coach Bill Beli-Cat, Rob Gron-Cat-Ski (Rob Gronkowski approves), and Jason Pierre-Paw. 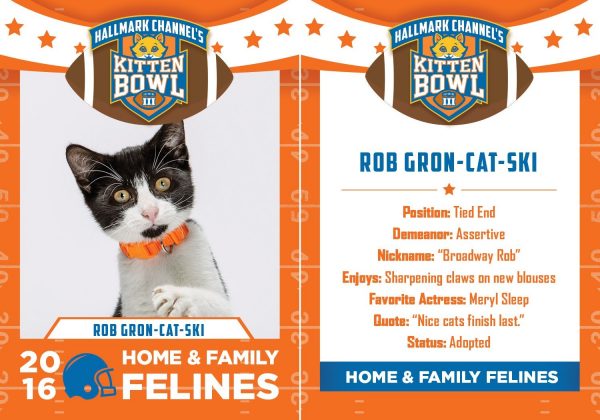 If you want to dive right into the action you can go to North Shore’s Adoption Specials & Kitten Bowl III Activities day, which will take place on Saturday, February 6th from 10am – 10pm at their Port Washington, New York center. There will also be plenty festivities going on at North Shore Animal League America’s center on Sunday, February 7th from 10 am – 9pm.

And of course, you can catch all of the furr-ocious action on the Hallmark Channel when Kitten Bowl III airs at 12/11c on Sunday, February 7th.

While enjoying the kitten-filled events, we encourage you to take part in pet adoption or help raise awareness for all of the deserving pets that are still in-need of a welcoming place to call their forever home. 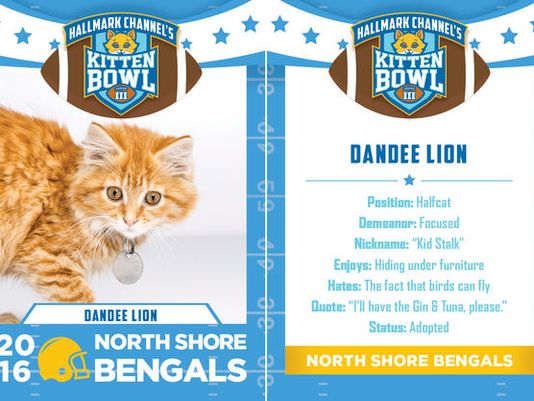 Detroit Lions gets a purrfect namesake in Kitten Bowl III

The Detroit Lions will be represented – sort of – when Kitten Bowl III takes to the field at noon on Sunday on the Hallmark Channel.

Dandee Lion, an adopted cat playing for the North Shore Bengals, is named after Lions backup quarterback Dan Orlovsky, according to a spokeswoman for the annual TV pet-themed event held on Super Bowl Sunday.

Other feline participants include Ben Rothlis-Purr-Ger (after Ben Roethlisberger of the Pittsburgh Steelers) and Jason Pierre-Paw (as in Jason Pierre-Paul of the New York Giants).

Check out the rest of the great Kitten Bowl III images to get your catnip revving.