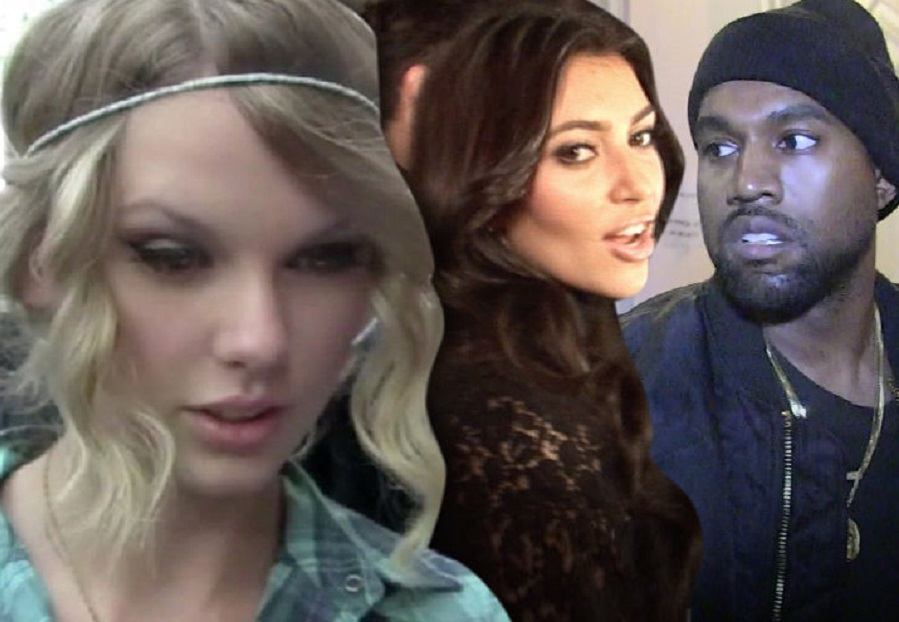 In case you missed it (which would have been hard to do), the whole entertainment industry went into a complete frenzy last night following a social media post from none-other-than Kim Kardashian. The curvaceous reality star took to her Snap Chat late on Sunday to post a series of video, showing her husband Kanye West talking on the phone with singer Taylor Swift.

In the videos, Taylor is heard approving of a lyric in Kanye’s song “Famous,” in which he raps “To all my south side n****s that know me best, I feel like me and Taylor might still have sex.” Taylor even tells Kanye that she sees the lyric as being “like a compliment.”

During the recorded phone conversation, Taylor agrees to tell the media that the rapper consulted her before he included her in his song lyrics. However, she proceeded not to do so after Kanye released his music. In fact, the singer went on to criticize Kanye in her 2016 Grammy Award speech and call him out for crediting himself for her fame.

Inevitably, after Kim posted the videos to her Snap Chat, social media went crazy. The majority of users took sides with ‘Kimye’ (aka. Kim and Kanye), as many people feel that Taylor manipulated the situation to portray herself as the victim. In addition, she also ensured to vilify Kanye in the process.

Taylor is now reportedly considering taking legal action against Kim and Kanye after they released the footage of the phone call – which she claims she did not know was being recorded. In a lengthy Instagram post, she condemned the rapper’s actions, even calling the situation “character assassination.”

This was bound to happen to Swift as she’s taken advantage of situations many times in the past to create a victim image. If she would just own up to her mistake and admit it, this would all die down much quicker. I think many people have been waiting for a moment like this to pounce on her flaws, and going up against Kim Kardashian and Kanye West created the perfect storm for it to happen.

Needless to say, there was no shortage of celebrity drama over the weekend! 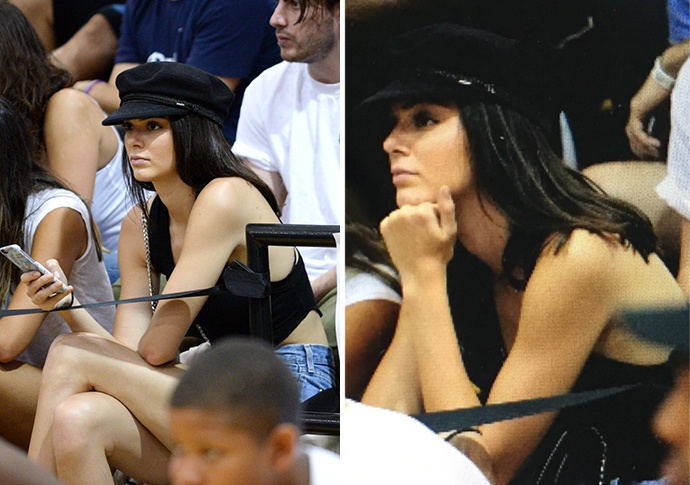 Kim Kardashian wasn’t the only member of her family busy this weekend. Her little sister, supermodel Kendall Jenner further sparked romance rumors when she was spotted watching an L.A. Lakers basketball game.

Since Kendall has been seen out-and-about with L.A. Lakers player Jordan Clarkson quite frequently, it has inevitably caused for some speculation regarding the nature of their relationship. According to insiders, the two have been “casually dating” since earlier this year.

On Sunday, Kendall took a seat right behind the bench while she supported her rumored new beau. The 20-year-old beauty donned a casual outfit, wearing a black Saint Laurent hat with denim mini shorts. 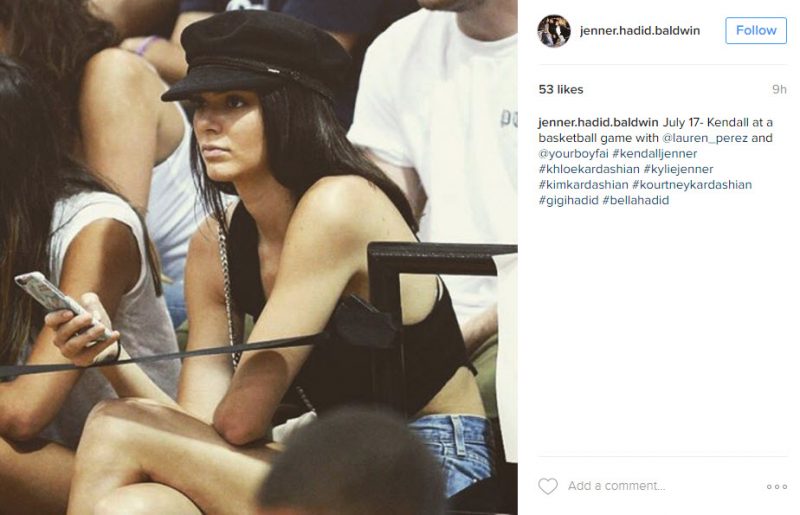 For the most part, Kendall kept her focus on the game. However, some fans did manage to take a few pictures of the star eyeing her rumored boyfriend. Meanwhile, Jordan was busy with the game but did manage to get in a casual conversation with his teammate Nick Young (who just recently broke up with singer Iggy Azalea).

When it comes to Kendall, we usually get very little insight into her love life (especially in comparison to her siblings’). Nonetheless, she and Jordan have been spotted enjoying each other’s company on multiple occasions over the past little while. Therefore, as much as she may want to keep it a secret, it is starting to really look as though the young starlet is officially in a relationship.