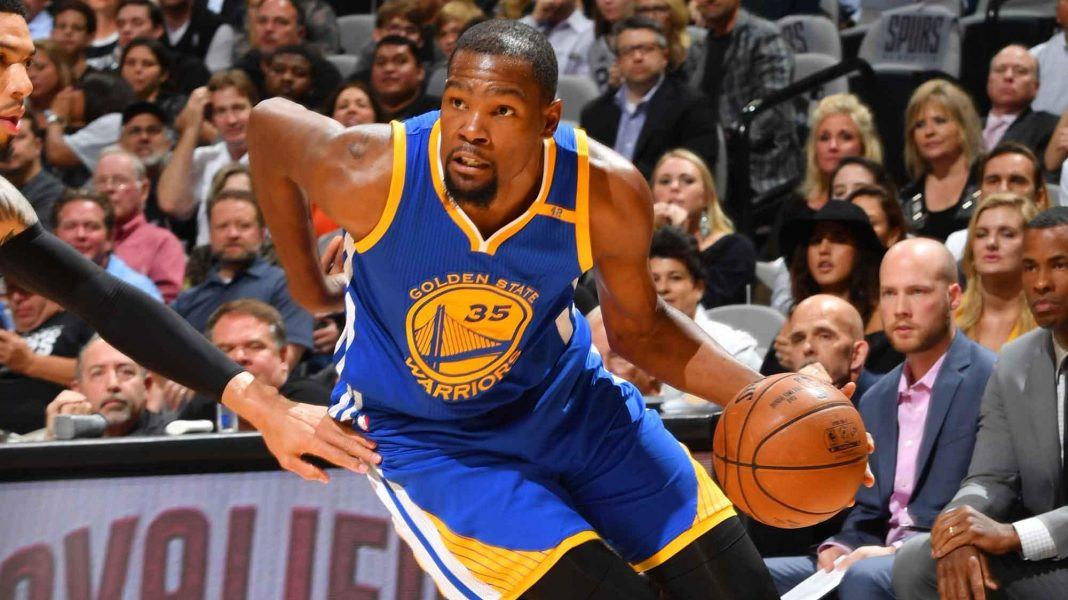 It doesn’t take a rocket scientist or NBA analyst to tell you that the league is pretty one-sided right now. I mean, the Cleveland Cavaliers and Golden State Warriors are about to meet for a third-consecutive NBA Finals matchup.

Last season, the Warriors were down 3-1 in the Western Conference Finals to the Oklahoma City Thunder. For a brief moment there, it looked like the Warriors weren’t infallible. The 73-win team came within one game of missing a trip to the Finals.

Of course, they bounced back. And what did the superstar that put them in that 3-1 hole decide to do? Leave to join them!

The Thunder had a shot at remaining atop the Western Conference with the San Antonio Spurs and Warriors, but instead Kevin Durant decided to centralize all the power with one team.

Just under a year later, he still hates talking about it.

“Like I’m the reason why f–king Orlando couldn’t make the playoffs for five, six years in a row?” said Durant, clearly not happy to be talking about this subject again. “Am I the reason that Brooklyn gave all their picks to Boston? Like, am I the reason that they’re not that good?” 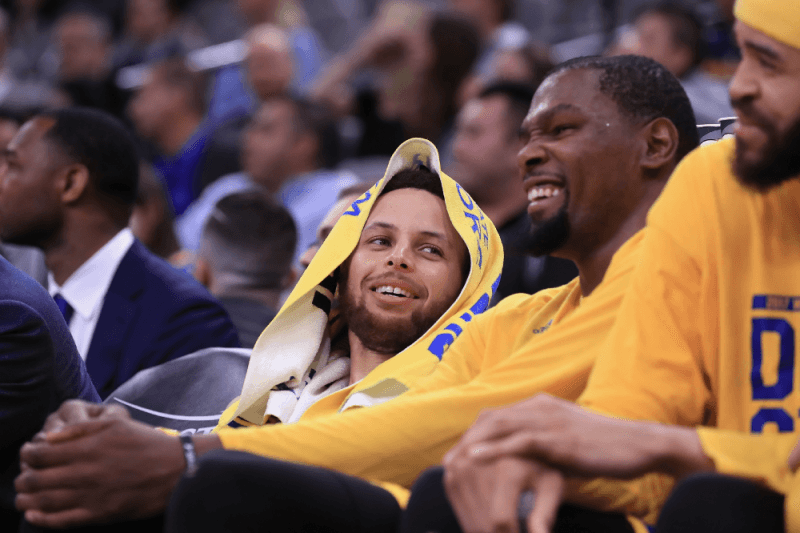 No, Kevin, you aren’t the reason the Magic and Nets suck. You did, however, ruin every bit of competition in the Western Conference (well, outside of the Spurs). There’s no touching the Warriors right now. Teams like the Los Angeles Clippers and Houston Rockets have no real chance in the conference for the next few years because they’ll never be able to make it further than the Western Conference Finals.

Yes, the Eastern Conference isn’t much better, but that’s a little different. LeBron James is just naturally unfair, and the East has been terribly lopsided for over a decade now. Even when he went to the Miami Heat, he wasn’t joining a championship-caliber team, he made the heat a championship team.

Durant took the West, the only conference that had any sort of competitive playoff landscape, and made it a complete monarchy which the Warriors swept through. Literally swept through. They are 12-0 in the playoffs coming into the NBA Finals. That’s what happens when you have half of the conference’s All-Star lineup, including a player in Durant who some would call the second best in the world right now.

Nonetheless, Durant’s teammates are here to defend the Warriors spot at the top.

“Us and Cleveland worked our butts off all year to put ourselves in a position to be playing for a championship, and the league is as strong talent wise across the board as it’s ever been,” said Steph Curry. “And every night you get challenged… Every night was hard. Every night was challenging, and you can’t just sleepwalk through a season, sleepwalk through the playoffs and expect to be here. You’ve got to do something. You got to come out every night and prove yourself.”

And you already know Draymond Green had to get his two cents in on the issue.

“Everyone wants to say, ‘Ah man, this is boring and this, that, and the other,’ but you usually don’t appreciate something until you don’t have it anymore,” said Green. “And so, I think maybe there’s just a lack of appreciation for greatness. So maybe there’s just not an understanding of what you’re watching. I think you’ve found two great teams, and we’ve played that way, and maybe people don’t appreciate it because of a blowout or because of a sweep.”

It’s not “a” blowout or “a” sweep that we’re upset about, though. It’s three sweeps, with many of those 12 games being blowouts.

But, hey, that’s what Durant wanted. If he wanted to work for a ring, he would have stayed in Oklahoma City. He signed up for an easy path to victory.

“I’m just at peace with myself; I’m at peace with myself as a basketball player, most importantly,” said Durant. “I think this move, and the criticism that comes with this move, has made me zero in on what’s the most important thing, and that’s just playing basketball, working out every day, getting better, enjoying every single day as a basketball player. It made me really appreciate that. It made me go back to that. When you listen to the nonsense, then you start to really let it take control of your thoughts, that’s [not good], you know what I’m saying? So I just got back to the game.”

Whatever lets you sleep at night, Kevin.