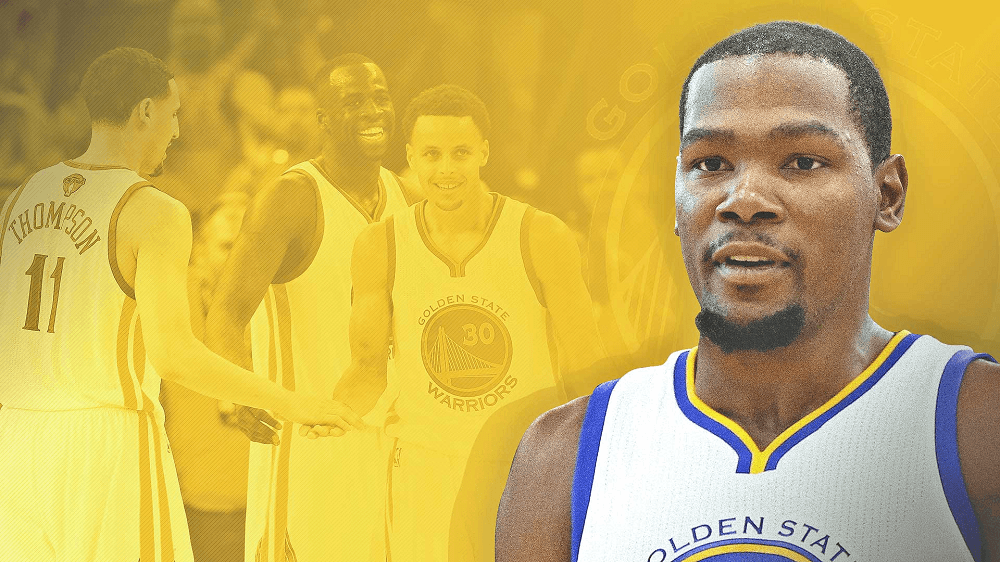 It’s hard to blame Durant for the move which will almost certainly result in at least one championship, but it’s even harder to respect the move. Durant isn’t signing with the Warriors to build a dynasty; he’s moving there to join one.

“The primary mandate I had for myself in making this decision was to have it based on the potential for my growth as a player—as that has always steered me in the right direction,” wrote Durant on The Player’s Tribune after his decision was announced.

What he’s leaving behind is a franchise that he built from the ground up. He survived a transition from the Seattle Supersonics to the Oklahoma City Thunder and a couple of years of mediocrity before becoming a true competitor. The Thunder went on to make the NBA Finals once and came about nine points away from making another one this season.

Durant was the man in OKC. Sure, Russell Westbrook is a good player, but we all saw what happened to the team last year when Durant missed the majority of the season with injuries. Now, Durant is leaving for a much better situation.

Sound familiar? Because there’s a lot of similarities to LeBron James and his decision to join the Miami Heat. But do you remember the backlash that LeBron received for that choice? The hatred pointed at Durant as a result should be twice as bad.

LeBron went to Miami chasing championships with Dwayne Wade and Chris Bosh, no doubt about it. But the Cleveland Cavaliers team he left was a lot worse than the Thunder team Durant is turning his back on, and the Heat weren’t an established dynasty.

LeBron had nothing to work with in Cleveland. The team went on to pick first three out of four seasons without LeBron. And the Heat sure as hell weren’t coming off of a 73-win season. He wanted a better situation and a supporting cast. If that’s what Durant wanted, he would have joined the New York Knicks or Los Angeles Clippers.

No, Durant is riding the coattails of success. While he may justify it by pointing to the Warriors NBA Finals loss, there is no way to make this decision okay. It breaks the league—especially the Western Conference.

I will be shocked if the Warriors don’t win at least 70 games this season. We might as well fast-forward to a third straight Warriors-Cavaliers NBA Finals series—a feat that not even the Boston Celtics and Los Angeles Lakers were able to achieve in the glory days of that rivalry.

“It really pains me to know that I will disappoint so many people with this choice, but I believe I am doing what I feel is the right thing at this point in my life and my playing career,” continued Durant.

With the Thunder out of the picture and the Eastern Conference still too weak to compete with LeBron, the Cavs and San Antonio Spurs are the league’s only chance at sticking it to Durant the way the Dallas Mavericks did in LeBron’s first Finals appearance with the Miami Heat. Although with both of these teams struggling to best the pre-Durant Warriors, I don’t expect much.

Now that the actual basketball games will be boring, the interesting thing to watch will be how Durant and Stephen Curry get along on the same team. Durant is a born leader, while Curry is still incredibly immature (as we learned in the 2016 NBA Finals). The Warriors are Curry’s team, but Durant may have something to say about that.

But if you thought bandwagoners were bad before…