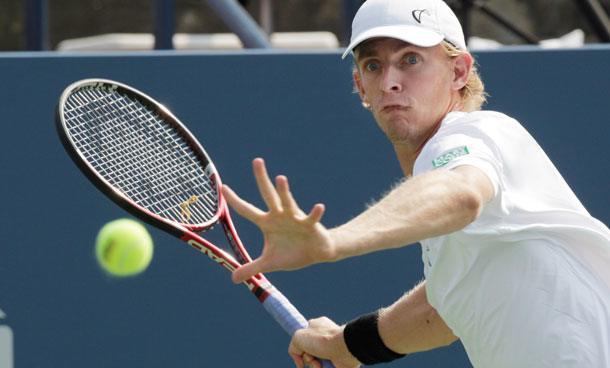 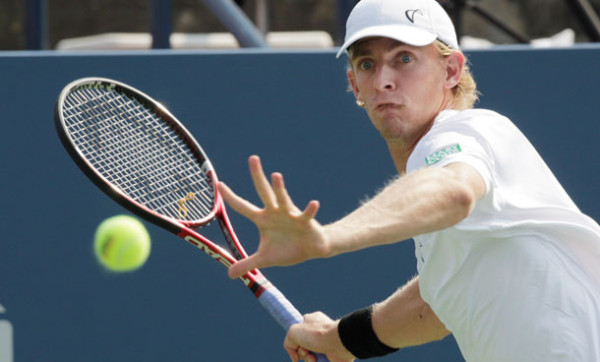 It wasn’t an easy win for 15th seed Kevin Anderson against Florian Mayer, but it was just short of three hours and it was his match with a third set tie-breaker. 7-6 (3), 4-6, 7-6 (4) at the 2015 Rome Masters Open. Anderson is making up for his first round exit in the 2015 Madrid Open to Simone Bolelli.
The South African returned to winning ways after an opening second-round exit in Estoril was followed by a first-round defeat in Madrid earlier this week (l. to Bolelli). The 28 year old, runner-up in Memphis in February (l. to Nishikori), improved to an 18-11 mark on the season.

World No. 275 Matteo Donati earned himself a second-round clash with sixth seed Tomas Berdych after claiming his first tour-level win with a 2-6, 6-1, 6-4 victory over Santiago Giraldo, placed 226 spots higher in the Emirates ATP Rankings. 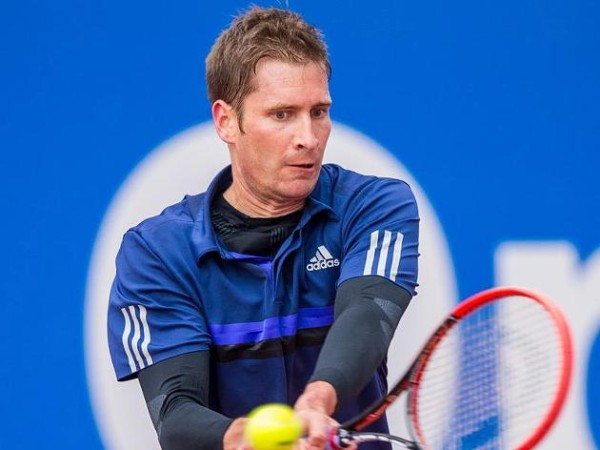 SPOTLIGHT ON ITALY: TheInternazionali BNL d’Italia, the fifth ATP Masters 1000 tournament of the season, is headlined by 17 of the world’s Top 20 players. The 56-man field is led by the quartet of Novak Djokovic,Roger Federer, Andy Murray andRafael Nadal. Djokovic and Nadal – the only former champions in the field – have shared the last 10 titles between them at the Foro Italico, while Federer and Murray are seeking success in Rome for the first time.

•    DAY 1 PREVIEW: Men’s singles play gets under way on Sunday with six main draw matches on the Order of Play. Headlining proceedings on Centrale are three of the four Italian wild cards: Matteo Donati, Federico Gaio and Luca Vanni. Kevin Anderson is the lone seed in action on the opening day. The South African goes up against Florian Mayer, who recently returned from a lengthy lay-off with a groin injury. Ernests Gulbis also opens today; he takes on Jiri Vesely.

•    FEDERER CHASING ELUSIVE CROWN: Rome is one of two ATP Masters 1000 titles still missing from Federer’s collection (along with Monte-Carlo). The Swiss is set to make his 15th appearance in the Italian capital (27-14) – at no other tournament has he appeared more without winning the title. He has reached the final here three times: 2003 (l. to Mantilla), 2006 (l. to Nadal) and 2013 (l. to Nadal), and last year he fell to Jeremy Chardy in his opening match.

•    MURRAY ON A ROLL: Murray is off to a career-best 8-0 start on clay, capturing his first ATP World Tour clay title in Munich (d. Kohlschreiber) and advancing to the final in Madrid (vs. Nadal). The Brit is making his 10th straight appearance in Rome (8-9 record) with his best results a SF in 2011 (l. to Djokovic in 3rd set TB) and a QF last year (l. to Nadal in 3 sets).

•    BIG FOUR DOMINATION: With Nadal and Murray in the Madrid final, after today the Big Four will have accounted for 43 of the last 47 ATP Masters 1000 tournaments (since 2010 Monte-Carlo). The only exceptions came at Paris-Bercy in 2010 (Robin Soderling) and 2012 (David Ferrer) and last year in Monte-Carlo (Stan Wawrinka) and Toronto (Jo-Wilfried Tsonga).

•    LOOKING UP: Nick Kyrgios is expected to rise to a career-high No. 30 in the Emirates ATP Rankings after a solid start to the clay court season. He reached his maiden ATP World Tour final in Estoril (l. to Gasquet) and the 3R in Madrid (d. Federer after saving 2 MPs in 2R; l. to Isner).