Home TV Show Recaps KUWTK ‘Keeping Up with the Kardashians’ 1207 Snow You Didn’t aka Rob’s Snow... 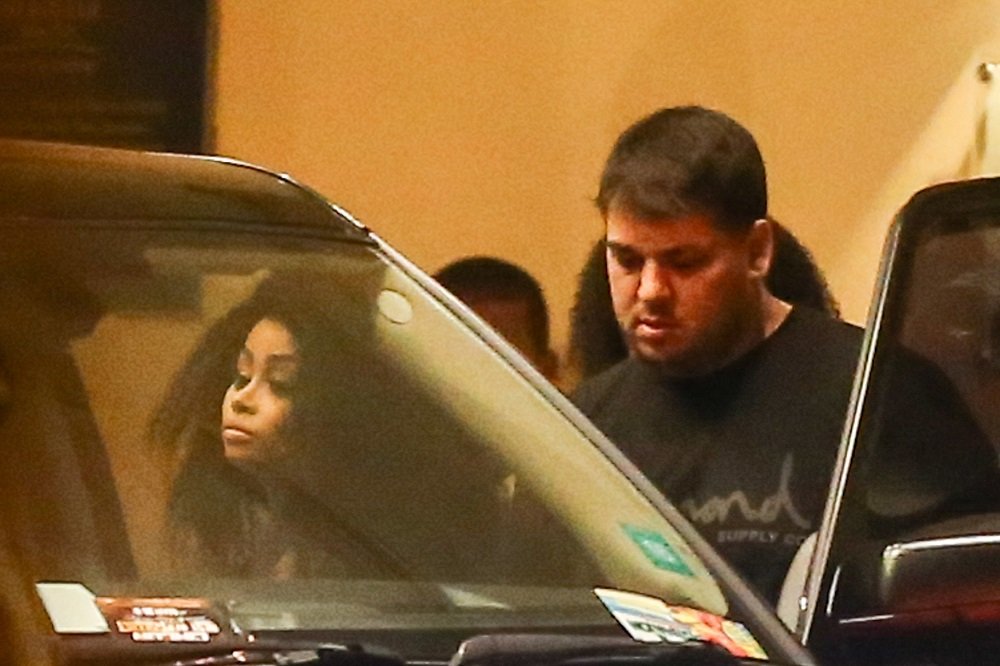 On this week’s episode of Keeping Up With the Kardashians, “Snow You Didn’t Part I,” the Kardashian clan jetted off on one of their annual family vacations. While away, they receive some shocking news about their brother Rob, who unsurprisingly decided not to come on the trip.

The episode opens up with Kris Jenner talking to a longtime family friend about the plans she is formulating for an upcoming vacation. Kris tells her that she wants to take everyone on a surprise ski trip to Vail, Colorado. Vail is a particularly special destination for the family, as they used to go there every year when Rob Kardashian Sr. (Kim, Kourtney, Khloe and Rob’s father) was still alive. Shortly after, Kris gives Rob a call and tells him about the trip (without disclosing the location). Rob says he will consider going after Kris reassures him that Tyga will not be there (as Rob is dating Tyga’s ex-girlfriend and baby mama Blac Chyna).

Next, Kris proceeds to tell the rest of her kids about the trip. To keep it as under wraps as possible, the only hint she gives them about the destination is that they will need to “bring a coat.” Unlike some of the previous family trips, Kris states that this is open to everyone – including kids and love interests. However, unlike Kris and Kim, who right away plan to bring their beaus (Corey and Kanye, respectively), Kourtney expresses hesitancy in inviting Scott. After some persuasion, Kourtney finally breaks down and lets Kris invite her ex, as she wants to use the trip as a test to see if he is capable of behaving on a family vacay. In addition, Kris promises Kourtney that Kylie’s then-boyfriend Tyga – who Kourtney feels is a bad influence on Scott – would not be joining them.

A few days later, the whole family breaks off into two private jets and makes their way to the yet-to-be-disclosed location. Unfortunately, it quickly becomes apparent that Rob is not joining them (yet again). In confessional, Kim explains that while she knows Rob has some personal things to work through, she is still upset that he is missing out on yet another opportunity to make memories with his family. Just a few short hours later, everyone inevitably clues in on exactly where they are headed (Vails, Colorado). 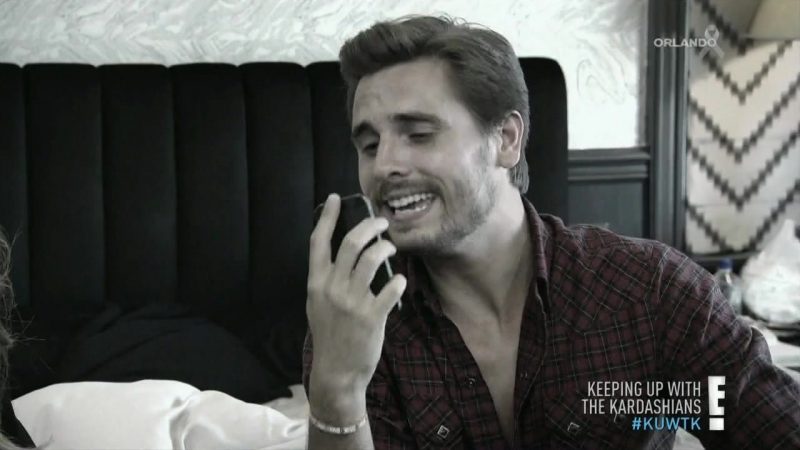 When they arrive at their accommodations they are pleasantly surprised, as Kris arranged for the apartment to be decorated in pictures from all of their previous trips to Vails. All the sisters marvel at their childhood pictures, which feature their late father. Kendall admits she is very excited to finally get a chance to share the experience, as she grew up “hearing all of the stories” of her older sisters’ trips to the ski resort.

After settling in, the whole crew hits the slopes. Kim and Kanye start off by giving their young daughter North some basic lessons in skiing. Later in the day, the sisters all take off and do some more intense skiing and snowboarding, which they all are surprisingly good at.

Seeing that Rob wasn’t going to be coming to Vails, Kylie jumps at the opportunity to invite her boyfriend Tyga. Unfortunately, this doesn’t sit well with Kourtney, who previously expressed concern over Tyga’s influence on Scott.

When Tyga finally arrives, he immediately sits down and talks one-on-one with Kourtney. He tells her that he believes, if anything, he is a person she should want Scott to be around. He explains that he will always look out for him and his best interest – unlike a lot of the other people that run in Scott’s circle. Kourtney agrees and apologizes for blaming Scott’s reckless behavior on the rapper. In confessional she notes, “Maybe Tyga is looking out for Scott more than I thought and I can’t blame him.” The next day, while the sisters are busy getting their hair and make-up done, Khloe reads some shocking news on her phone. She is notably ticked off, as she reads that her brother proposed (and is now engaged) to his girlfriend Blac Chyna. In confessional Kim rants, “We wake up to all these pictures of my brother getting engaged. I’m just like, ‘is this real? What’s going on?’ …How does our own brother not tell us? It makes no sense. It’s just so hurtful.” Khloe goes on to read the messages on her phone, revealing to her sisters, “he proposed in front of [Blac Chyna’s] whole family and the f***ed up part is that we were talking to him at dinner last night.” While Khloe and Kim are visibly enraged, Kourtney is a lot more relaxed about the situation. She tries to explain to her sisters that he probably didn’t tell them because he knows how judgmental their family can be. Unfortunately, neither Kim nor Khloe agree with Kourtney’s laidback attitude. Khloe states in confessional, “finding out on social media [about Rob’s engagement] leaves a really bad taste in my mouth.”

Assuming that this show is partially reality-based, this episode shows exactly why none of the family sent out any congratulations for a long time after Rob and Blac Chyna’s engagement was announced. We will have to wait till next week’s episode to see how Rob’s mom Kris Jenner really reacted when she found out the news!

You can catch the second part of the family ski trip next Sunday, June 26 on E! 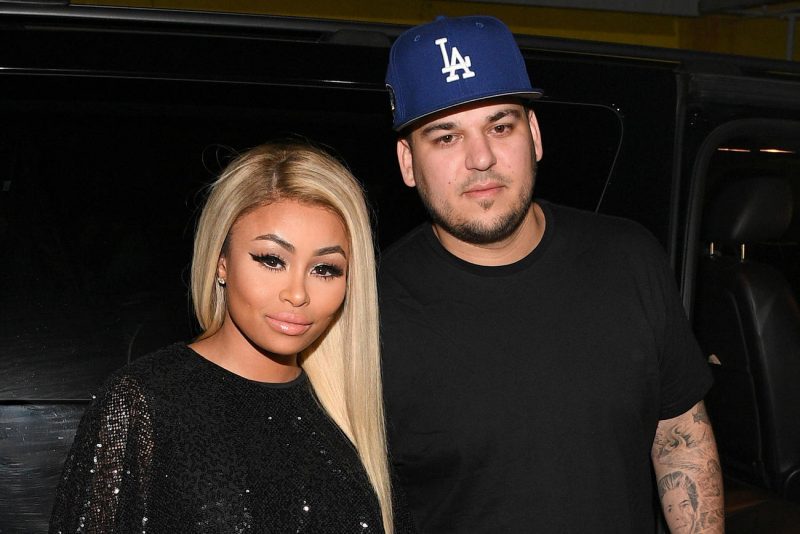 Next Week Keeping Up with the Kardashians:

Kris finds out about Rob’s engagement. In addition, Scott’s streak of good behavior has Kourtney feeling a little more at-ease for the second half of the family vacation. 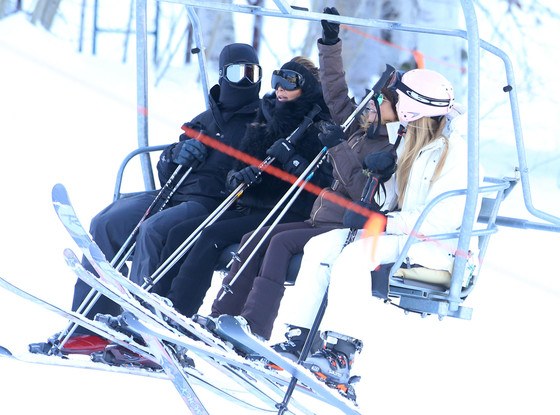 Now for some odd observations about Keeping Up with the Kardashians Snow You Didn’t! episode:

Rob Kardashian is officially Now One of Kris Jenner’s Kids:

OK, does anyone else think it’s weird that Kris calls Rob to say she’s planning a surprise vacation for “all my kids,” and then asks him if he also wants to come? He’s her kid too! If that’s how all their conversations go, it’s not all that surprising that he chose to propose to Chyna in front of her family, not his. I know that Kris is well-intentioned, and I know that she loves Rob. She’s just really bad at talking sometimes.

I still can’t quite figure out what his mom and sisters did to him that’s so horrible that he didn’t want to tell them he was proposing to Chyna. Is it so hard to send a text just before or after? (Unrelated, but the fact that Kris had to buy a house for Rob earlier in the season makes me really curious about who paid for Chyna’s engagement ring.) Kim and Kourtney and Khloé are hurt. Of course they are. (Kris is apparently so deeply hurt that her sorrow is the cliffhanger for next week’s episode.) And they’re a little embarrassed too. It’s super weird to have people calling and texting you about the status of your sibling’s relationship and to have to answer, “I have absolutely no idea!” In pretty typical fashion, Khloé is furious and doesn’t care who knows it, Kim is upset but largely on Kris’s behalf, and Kourtney is oddly Zen about all of it, at one point telling Khloé, “It’s not your plan for his life! It’s God’s plan!” This doesn’t really snap Khloé out of it, and she goes on to start thinking in terms of conspiracy theories: “It’s almost like, is someone in his ear giving him all this information that he should stay away from us?”

The best part about the above confrontation is that it takes place in a room where multiple stylists are doing the girls’ hair and makeup, including extensions and false eyelashes, so they can go skiing. Amazing.

Hey, Where’s Kanye? I love when Kanye is on Kardashian family vacations so much. So much! He’s a source of incredible small talk and weird asides, like when he insists he needs a private jumbo jet that’s so large it can fit a roller coaster in it, or when he’s talking about what a textbook left-handed person he is. But he’s also just a really good dad — and a really good son-in-law and brother-in-law too. He pays attention to Kourtney’s kids and is kind to the family friends Kris invited along on the trip and, overall, seems far chiller than a man hanging with his in-laws typically does. When North gets tired of skiing lessons, he lies down with her in the snow and makes snow angels. He’s like a typical suburban dad, only one who raps and also has a fashion empire and occasionally ill-advised series of tweets.

Catch a Tyga by the Tail: There’s been this weird, suspicious “beef” between Kourtney and Tyga all season, which is really no more than the suggestion that sometimes Tyga goes out with Scott, and Kourtney thinks he’s a bad influence or something like that. This seems like a conversation Kourtney should be having with Scott, but she has it with Tyga instead, and he stammers something about just trying to be Scott’s true friend. Kourtney forgives him, even though it’s pretty clear he didn’t really do anything. Then he awkwardly eats a piece of turkey bacon. It’s weird.

Reality TV Is Fake//Reality TV Is Real: The trouble with a vacation like the ski trip is that it’s immediately clear how much time and effort it took to film. Getting cameras on a ski lift? Getting footage of every individual member of the family while they were skiing? And so it’s the most “down to earth” trip we’ve seen the Kardashians take — they’re eating in restaurants we peons could afford and skiing on public slopes after all — but the fact that it looks so ordinary makes it somehow seem even faker.

Last Words: “I feel bad for my brother. It’s like, too bad for you.” —Kim, not really fooling anyone