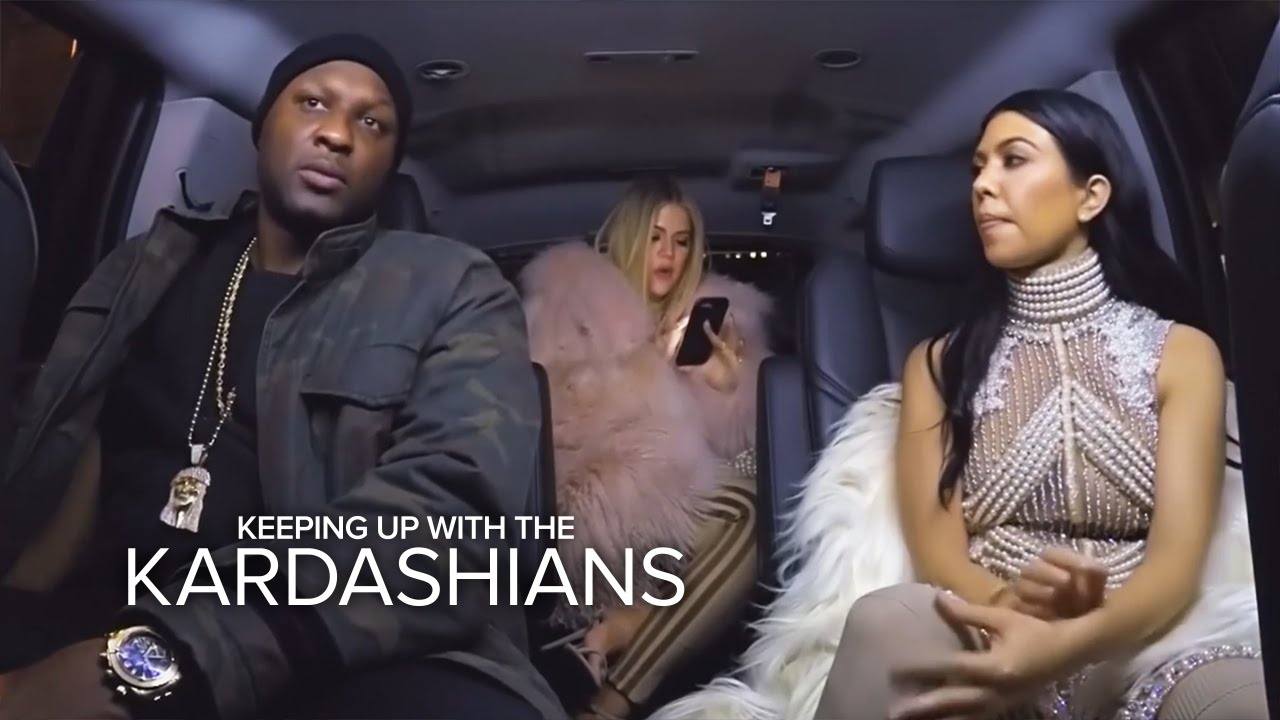 Season 12 of Keeping Up with the Kardashians continued with a bang, as its second episode “A New York Family Affair” aired. This week the show featured the family heading to Madison Square Garden for Kanye’s album release/fashion show event. In addition, it also chronicled Lamar Odom’s first time returning to the spotlight since his overdose back in 2015.

The episode opens up with Kourtney, Khloe and Kylie (as well as Kylie’s friend Jordan) going for a car ride. While in the car, Khloe gets a call from Lamar, who just wrapped up a therapy session. Lamar exclaims that he ran 10 miles on the treadmill, which the sisters are evidently ecstatic to hear.

Next, Khloe is seen talking with Kim about Kanye’s upcoming show in New York. At this point, Khloe says she wasn’t planning on going, as she has too much anxiety surrounding the whole Lamar situation. However, Kim tries to convince her to come and bring Lamar with her. Kim tells her, “I think [Lamar] would really want to be there to support Kanye. Ask him if he wants to come.” During this scene, they include several clips of Lamar in the hospital – one of which shows Kanye bedside rapping to Lamar with a big smile on his face. Khloe admits that Lamar honestly believes that Kanye’s music saved him and ultimately decides to ask Lamar if he wants to go.

Shortly after, Kim is seen talking with Kris about Scott. Kim informs Kris that Scott will actually be in New York at the same time as Kanye’s show, as he has a club appearance. Kim says in confessional, “I wanted to invite him to the fashion show and to do all of the things we are doing so that if he has to feel busy he’ll feel busy with us rather than partying.”

In last week’s episode, we saw Khloe and Caitlyn get into a heated argument over text. This was prompted by an interview that Khloe did with Howard Stern that offended Caitlyn (as she felt Khloe was labeling her as a liar). Unfortunately, Khloe reveals to Kendall that she has not spoken to Caitlyn since, and she is still waiting for an apology. Kendall understands and states, “Apologizing is a sign of strength not weakness.” 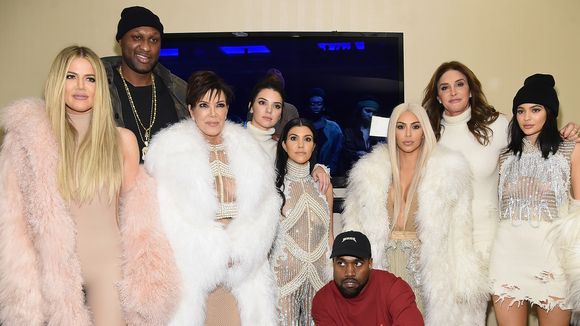 Inevitably, Kanye’s event swiftly approaches and the family all jet off to New York to support him. Kanye teamed up with the creative director of Balmain, Olivier Rousteing, to create one-of-a-kind outfits for each member of the family (including Kendall, Kris, Kylie, Khloe, Kourtney, Kim, North, Lamar and Caitlyn). However, since Kim is still in the process of shedding her baby weight (as she had given birth to her son Saint just 2 months prior), she expresses concern over the public seeing her in her current state. Nonetheless, she puts on a big fur coat and supports her husband.

At the show, the family all dance and thoroughly enjoy themselves. Kanye winds up walking into the stadium alongside Lamar, as the spotlight flashes on the two of them. Several of the Kardashian-Jenner clan breaks down in tears, as they realize how far Lamar has come in the past few months.

After the show, Kourtney, Khloe and Lamar ride back to their hotel together. In the car, Kourtney recounts how the whole family was hysterically crying when they left him in the hospital in Vegas because they truly believed they were never going to see him again. Lamar proceeds to admit that he feels like he has a new outlook on life and that he also talks about having several extremely vivid dreams while he was in a coma that included interactions with people who have passed away. He goes on to joke, “I didn’t bump into Jesus though…” 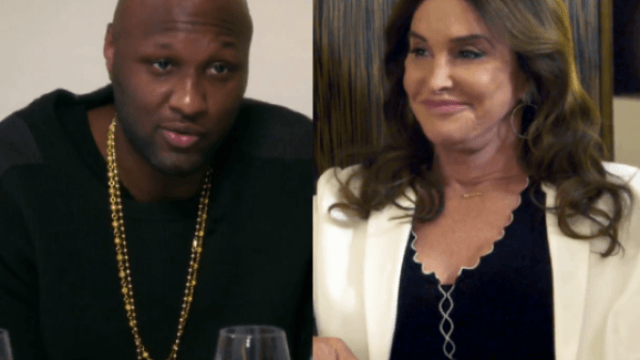 It was interesting how Lamar seemed to somewhat uncomfortable with Caitlyn. Understandably, a lot had changed since last October, but the fact that Lamar had originally intended to meet up with Madison Montag at the Love Ranch will surely make many viewers wonder if that could be part of it.

Another thing that I found interesting is that they did wind up taking some footage of Lamar in the hospital even though the family claimed that all filming had stopped, and they weren’t going to have cameras in the hospital. They still managed to slip it in any way as they continue building Lamar into this season.

Meanwhile, Kim goes to dinner with Jonathan and a couple other friends. She tells them that she is so confused with Scott right now, as he didn’t show up to Kanye’s show after telling her over-and-over again how excited he was for it. Kim tells them that he has gone M.I.A. completely and hasn’t replied to any of her texts since they landed in NYC.

On the plane ride back to Los Angeles, Khloe and Kourtney are once again seen talking with Lamar about his extreme health scare. Khloe admits that she wants Lamar to be a bit more afraid, as his recovery has truly been nothing short of a miracle and she doesn’t want him thinking he can go through what he did ever again.

The episode ends off with Kris joking that Khloe and Lamar should skip the whole “wedding thing” if they decide to get married again. Lamar says he wants to have a ceremony again while Khloe admits she would have been fine with skipping it. However, Khloe laughs as she says she wants to get out of their current marriage seeing that it’s “a little tainted.” From this scene, it definitely seems as though a romantic reconciliation could be in the future. Unfortunately, since this episode was filmed the former couple hit a rough patch, as Lamar has been spotted drinking at several different pubs and bars.

You can catch more Keeping Up With the Kardashians when it airs next Sunday, May 15 on E!

The sisters get upset when they find out that their mother, Kris, has financially funded Rob’s latest house purchase. Kourtney goes a little overboard when she is brought in to help with Rob’s interior decorating.