With a new album, a new son and a new fashion line, Kanye West has plenty to be happy about. However, there is a certain family member that has definitely disappointed Kanye in a big way.

In a statement released on Wednesday, Adam Petrick (the Global Director of Brand and Marketing for PUMA) announced, “I am pleased and excited to be able to confirm that PUMA is indeed working with Kylie Jenner. Kylie will be featured in the brand’s Spring/Summer women’s training campaign launching in April 2016. Kylie represents a fresh and exciting new era for fashion, and we couldn’t think of a more fitting and influential female to headline this campaign for PUMA.”

Unfortunately, this is exactly what Kanye said would not happen. As a loyal partner and supporter of Adidas, Kanye went on a rant a few days ago about how he was sure that Kylie would not be teaming up with PUMA. Kanye stated, “1000% there will never be a Kylie Puma anything. That’s on my family! 10000% Kylie is on Yeezy team!!!”

Following PUMA’s statement, media outlet TMZ caught up with Kanye while he was at the Los Angeles airport. Here, Kanye stated that he was upset about Kylie’s decision to sign with the company, but he also claimed he was “happy for her.”

So while he is adamantly trying to get as many people on team Adidas as possible, it looks like he is not looking to start a feud with any family members – clearly he is leaving that for Taylor Swift. 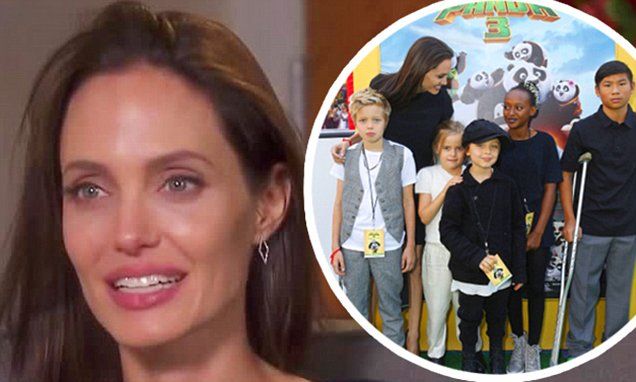 If I told you that there was a celebrity mom that recently confessed she never really wanted to have children, I am pretty confident you wouldn’t guess the woman to be Angelina Jolie. While Angelina has proven she is a talented actress, director, and committed philanthropist, she has also become well known for her large family. Alongside her A-list husband Brad Pitt, Angelina has shown her devotion to raising her 6 children. However, while promoting the upcoming movie she is filming First They Killed My Father, Angelina claimed that she never felt she was destined for motherhood.

While talking to the Associated Press Angelina admitted, “It’s strange, I never wanted to have a baby. I never wanted to be pregnant. I never babysat, I never thought of myself as a mother.” She went on to explain that it was actually during a trip to Cambodia, where she visited a school that she had a change of heart. Angelina explained, “It was suddenly very clear to me that my son was in the country, somewhere.”

Following this realization, Angelina adopted her Cambodian son Maddox, who is now 14. A year after his adoption, Angelina went on to open a foundation in his name that helps fund health care, education and conservation projects in the Battambang province of Cambodia.

Currently, Maddox, who is just entering his teenage years, is helping his mother on her latest project. He is reportedly working behind the scenes of the movie – which is an adaptation of the Khmer Rouge memoir, which recounts the 1970s Cambodian genocide from the perspective of a child.