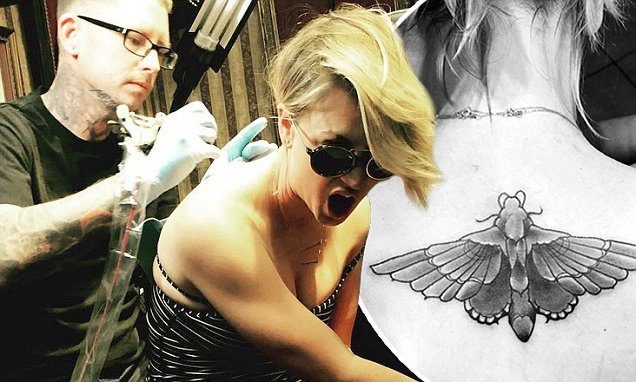 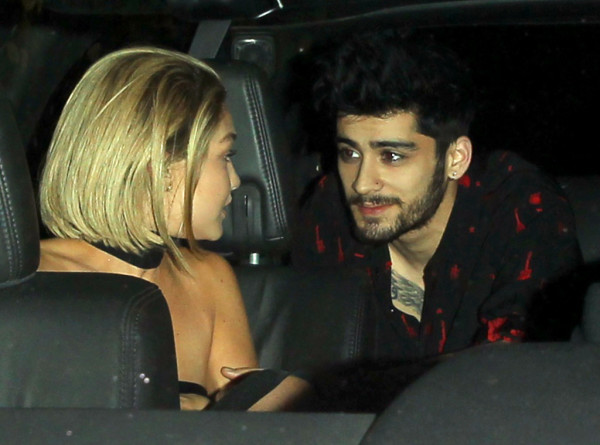 While it may have only been a couple of weeks ago that Gigi Hadid and Joe Jonas announced their split, it doesn’t mean that Gigi isn’t ready to dive into her next relationship. After several months of dating Gigi and Joe decided to call it quits, as they each wanted to focus on furthering their careers. However, recent pictures of Gigi from Sunday have fans speculating that perhaps she is focusing on more than simply her modeling career.

On Sunday, Gigi was photographed hopping into former One Direction singer Zayn Malik’s car. Both of the young stars attended an American Music Awards after-party in West Hollywood earlier in the night.

A witness claims, “Zayn was not with Gigi inside the party. He came to pick her up afterwards. Gigi walked out the front of the restaurant and hopped in the car with him.”

However, sources close to the stars remain adamant that the two are nothing more than friends. A source explains, “They are just friends and are casually hanging out. She is not looking to jump into another relationship so soon. Gigi is a relationship-type kinda girl, but she wants to just have some fun and take time for herself and her career at the moment. Zayn is a good friend of Selena Gomez and her whole gang of friends.”

So, while it appears that Gigi and Zayn are nothing more than friends at this point in time, it doesn’t mean that the Internet won’t continue to run wild with speculation of a blossoming romance between the two. 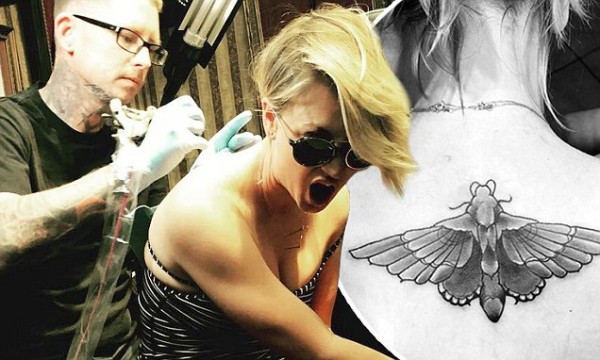 In September, The Big Bang Theory actress Kaley Cuoco announced that she was getting a divorce from her husband (at-the-time), Ryan Sweeting. This announcement came after a little under two years of marriage.

While Kaley continues to heal and move on from the separation, she is still trying to erase some of the memories from her failed marriage.

On Tuesday, Kaley shared a photo of her hunched over in a tattoo parlor chair. The actress was not there to get a motivational quote about moving on.  Rather, she was there to get a specific tattoo covered up.

The tattoo was the Roman numerals for 12-31-13 on her upper back. This just so happens to be the date that Kaley walked down the isle and finalized her marriage with Ryan.

Alongside the picture, Kaley jokingly wrote, “Thank you [Justin Nero Christian of Studio City Tattoo] for helping me right my wrongs…note to self – do not mark your body with any future wedding dates #under30mistakes #donttakeyourselftooseriouslykids” 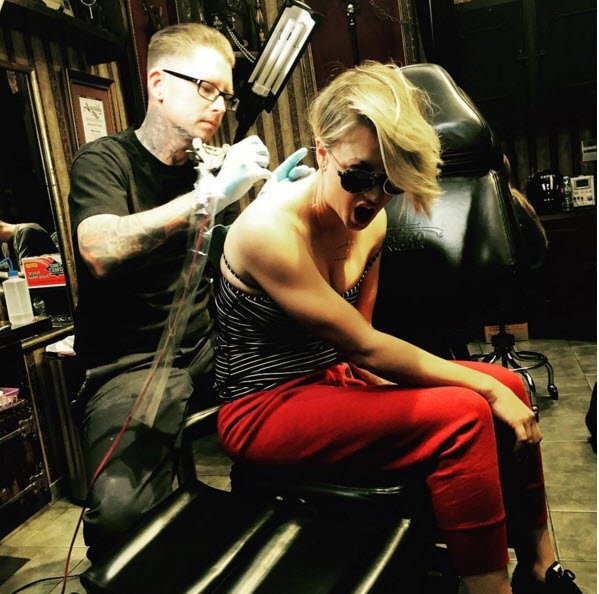 Kaley opted for a large-winged butterfly-like insect on her upper back. The new tattoo is relatively large and, therefore, was able to fully cover her previous tattoo.

@nero_sct the deep, meaningful, larger than life meaning behind this beautiful piece of ink, is….. It covered the last one.

While it is refreshing to see Kaley take such a humorous and light-hearted approach to the situation, I hope her situation serves as a lesson to all future tattoo customers. Evidently, you definitely need to think critically when choosing what you want to permanently embed into your skin for the world (and yourself) to see.