Home All News Politics Just how did Donald Trump spend his first month in office? 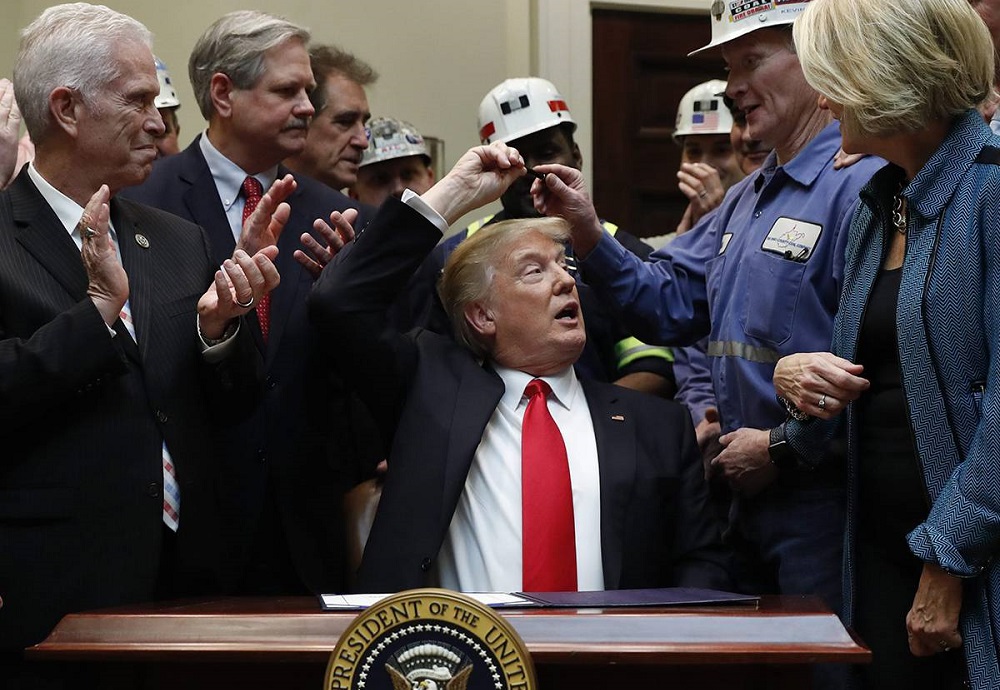 Monday marked the first full month in office for President Donald Trump which equals about 744 hours. He spent about one-quarter of that time at his Mar-a-Lago Club in Palm Beach, which is owned by the Trump Organization.

The initiation fee for the club went up $100,000 before he was inaugurated. So, even though Trump said he wouldn’t be taking a salary, all he needed was just two new members to sign up to make up that loss. This was easily done since the location is a lobbyist’s dream as it’s easier to get face time with the president there than it would be in the Oval Office. Yes, he’s earning money for the organization that he said he was distancing himself from.

Trump has spent about one-third of his time actually working, and these numbers come from a thorough breakdown of the White House pool reports. This is an official White House document that alerts the press pool as to when to arrive in the morning and leave at night. 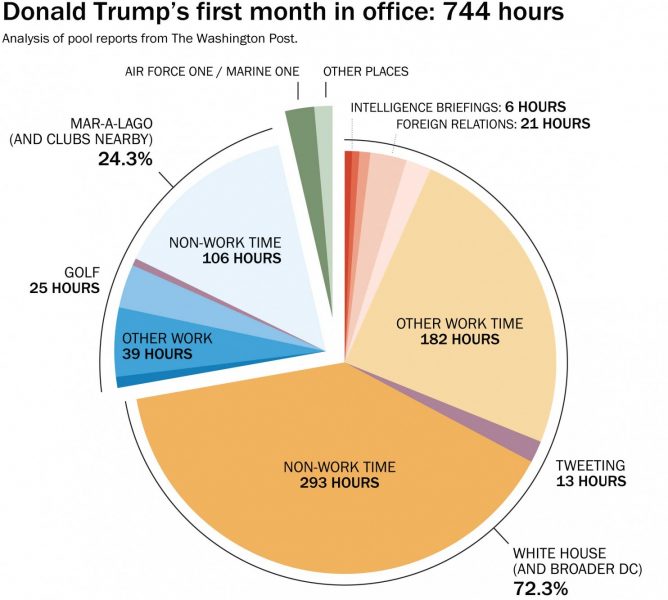 Much of Trump’s work time fell into a few basic categories. The estimates below are based on pool reports. Most events were assumed to be an hour, unless the schedule made obvious that the length was shorter or longer. (Numbers below and on the chart above are rounded.) 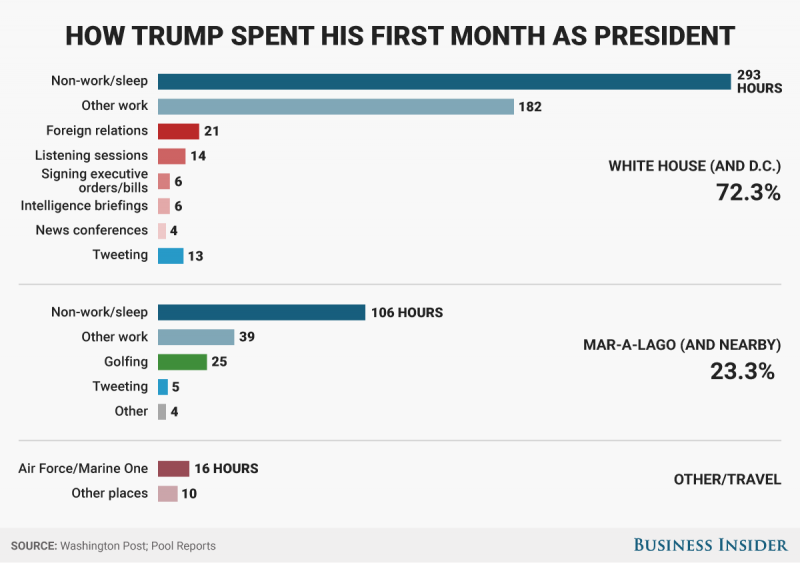 If you recall, Trump blasted former president Barack Obama for taking time to play golf, but he’s close to beating his all-time golf hours already. In the first month alone, he played golf for 25 hours. “I’m going to be working for you. I’m not going to have time to go play golf,” he said last August.

The so-called angry crowds in home districts of some Republicans are actually, in numerous cases, planned out by liberal activists. Sad!

We all know that Twitter occupies a good amount of time for the president. In month one, it’s averaged that he spent about 13 hours tweeting while in D.C. and five hours while in Florida. He’s sent out 128 tweets since the inauguration. 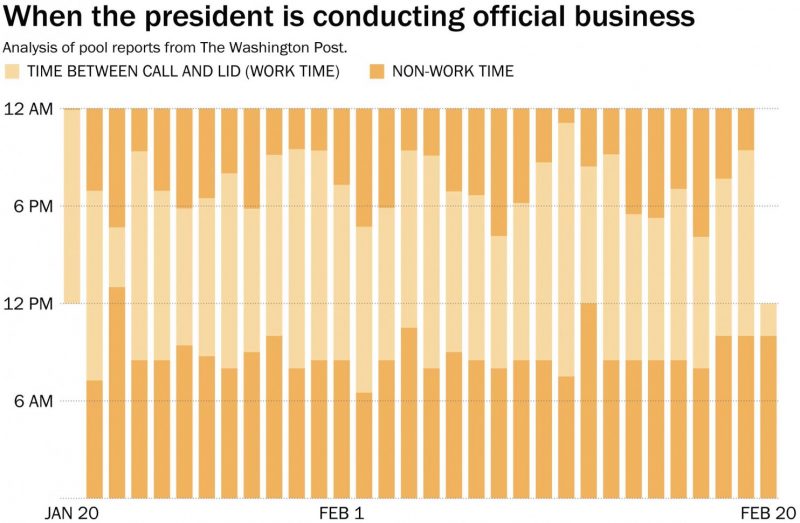 Flying has taken a bit of time as Trump has logged about 16 hours traveling on Air Force One and Marine One, the presidential helicopter. The bulk of this is flying to Mar-a-Lago, which he likes to call the “Winter White House.” Most realize that he’s pulling in some major coin for the Trump Organization while also reveling in all things Trump.

This is month one, and you can be sure that numbers will shift and expand as we travel further into his four-year term.