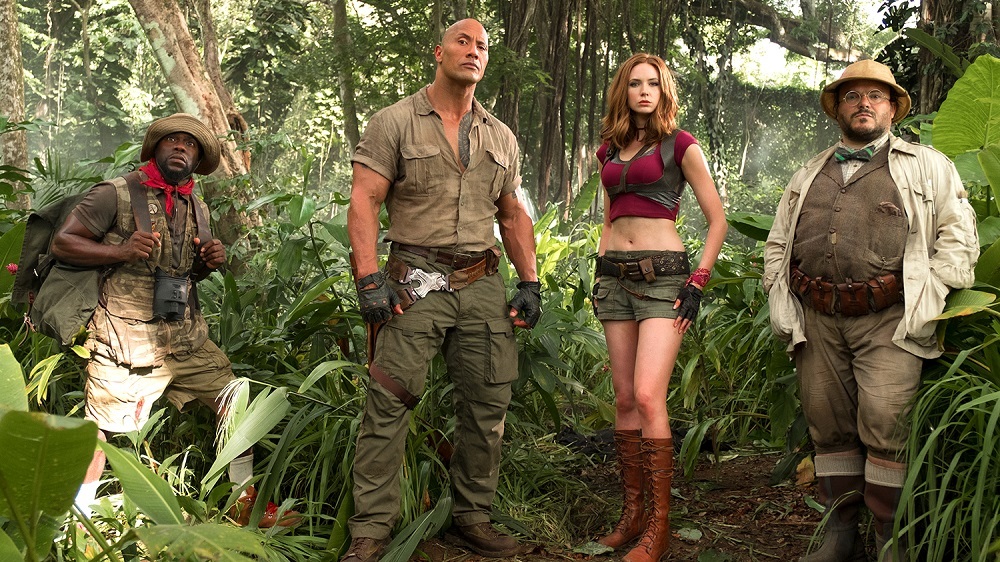 Meryl Streep, Liam Neeson, Taraji P. Henson and Paddington Bear and all rushed into movie theaters over Martin Luther King Jr. weekend, but “Jumanji: Welcome to the Jungle” still roared the loudest with an estimated $27 million in ticket sales, Friday to Sunday.

“Jumanji” easily remained the no. 1 film in North America despite an onslaught of new challengers, according to studio estimates Sunday.” The Sony Pictures release is now approaching $300 million domestically and, after grossing $40 million in China this weekend, a worldwide total of $667 million.

“The Post,” a well-reviewed recounting of The Washington Post’s efforts to release the Pentagon Papers that stars Meryl Streep and Tom Hanks, took in $18 million in its first week in wide release, good for second place. Fox has been slowly rolling out the Oscar contender to build word of mouth, and is hoping for attention from the Academy Awards (nominations are released next week) to give it a long tail. The movie cost $50 million to make and drew an older crowd, with 66 percent of its audience over 35.

It’s a solid result for “The Post” in its nationwide expansion following several weeks of limited release. Made for about $50 million and fast-tracked after the election of President Donald Trump, “The Post” is considered by many a timely commentary on the power of the press, and a rebuke of Trump from some of Hollywood’s biggest names.

“It resonates with an older audience because they were around and remember this particular moment in time,” said Fox distribution chief Chris Aronson. “But it really resonates with a younger audience, and that’s the segment of the audience that will continue to discover this movie and realize how timely it is.”

Landing in third was the Neeson thriller “The Commuter,” a Lionsgate release in partnership with Studiocanal. The modest $13.5 million opening for the film — Neeson’s fourth with director Jaume Collet-Serra (“Non-Stop,” ″Unknown, “Run All Night”) — suggested some of the thrill of Neeson’s action-movie period, kicked off 10 years ago with the $145 million hit “Taken,” may be waning.

The star’s last three films — “Mark Felt: The Man Who Brought Down the White House,” ″Silence” and “Monster Calls” — have all disappointed at the box office.

Despite a 100 percent score on Rotten Tomatoes, “Paddington 2” made just $10.6 million in its arrival to North America, about less than half of what its 2014 prequel made in its first weekend. Warner Bros., which bought the movie from the Weinstein Company following sexual assault accusations against Harvey Weinstein, has excellent exit-polling numbers to bank on — the movie earned an A CinemaScore grade overall and an A+ from audience members under 35. And the movie has already made a cool $125 million overseas.

The juggled rollout of the movie — plus the breakout success of “Jumanji” as the go-to family film — may have hurt “Paddington 2.” Despite rave reviews, it did about half the $19 million debut of its 2015 predecessor. It’s done better overseas, where it’s grossed $139.8 million thus far.

The R-rated “Proud Mary,” starring Henson as a hit woman, followed close behind with $10 million. Though some accused Sony’s Screen Gems of burying the film (it didn’t screen for critics), the movie drew poor reviews and even criticism from John Fogerty, who accused the film of exploiting the title to his Creedence Clearwater Revival classic.

The plethora of releases, along with a host of awards contenders in limited release (led by “Darkest Hour,” with $4.5 million following Gary Oldman’s Golden Globe win for best actor) pushed the weekend box office to around $190 million for the four-day holiday frame, according to Paul Dergarabedian, senior media analyst for comScore. Albeit shy of the 2015 record MLK weekend when Clint Eastwood’s “American Sniper” opened, it’s a strong start for Hollywood’s 2018 after an up-and-down 2017.

Most surprising, though, is that the holiday season holdover powering the January box office isn’t “Star Wars: The Last Jedi” but “Jumanji.” The reboot, starring Dwayne Johnson, Kevin Hart, and Jack Black, has now been the no. 1 film two weeks running after spending its initial two weeks of release trailing “The Last Jedi.”

“This box-office trajectory of ‘Jumanji’ is somewhat unprecedented and certainly unexpected,” said Dergarabedian. “Right now, it’s the films that have been out there for a while that are inspiring the most enthusiasm, and that’s been tough for the newcomers.”

Don’t weep for “The Last Jedi.” The Disney release, which added $11.3 million in its fifth weekend, has grossed $591.5 million in the U.S. and Canada, ranking it as the sixth highest grossing film of all time domestically. This weekend, it passed Disney’s own “Beauty and the Beast” to make it the top global release of 2017 with $1.264 billion worldwide.

But, perhaps suffering from effects of a backlash from some fans, “The Last Jedi” hasn’t inspired the kind of repeat viewing that “The Force Awakens” did. It’s likely to come at least $700 million short of that 2015 release’s global box office. Last weekend, “The Last Jedi” flopped in China (where “Star Wars” holds less cultural sway) with $28.7 million, or about half what “The Last Jedi” grossed in its first three days of release in China. A week later, it has already been largely pulled from Chinese theaters to make way for new Chinese releases and “Jumanji.”

“Presumption is always that a ‘Star Wars’ movie will be the dominant force in the box office universe pretty much for the entire time it’s in the marketplace,” said Dergarabedian. “But there is a very strong force with Dwayne Johnson. There are other forces at play here.”

“I, Tonya” and “Lady Bird” both increased their earnings compared to their previous weeks, perhaps thanks to victories at the Golden Globes. Meanwhile, “Star Wars: The Last Jedi” moved up to 10th place on the list of all-time global moneymakers; it sits at $1.2 billion total. 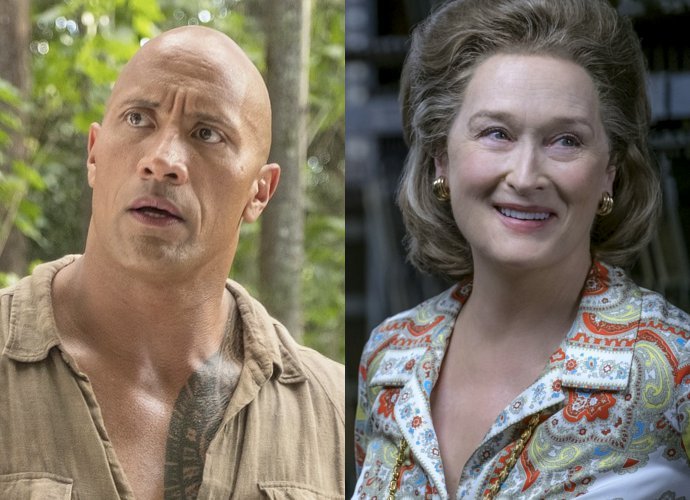