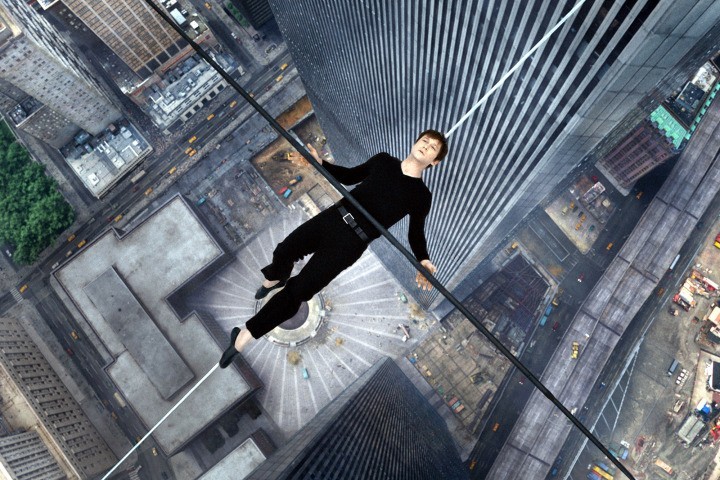 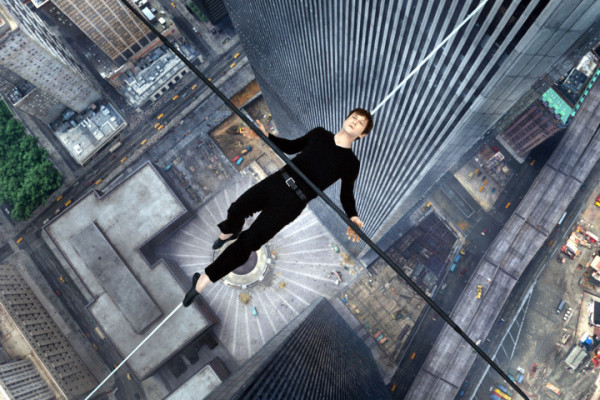 IMAX has released a featurette to accompany the upcoming movie, The Walk. The movie is based on the true story of Philippe Petit. Philippe grew up dreaming to one day become a performer, impressing crowds with his daring acts. As an adult, he decided to make his dream a reality when he immersed himself into the world of high wire. With the help of his mentor, Papa Rudy, Philippe devises a plan to walk across a high wire that is attached to the north and south towers of the World Trade Center. On August 4, 1974, Philippe’s plans came to life, as he ventured out on a rope that laid over 1300 feet above ground. You can check out the Academy Award documentary, Man On Wire, on his life as it ties in well with this film.

The special featurette includes commentary from the film’s director, Robert Zemeckis and the daredevil himself, Philippe Petit. It features commentary from the two, as they discuss the making of the movie and how IMAX 3D was able to best display Petit’s iconic walk between the 110-story buildings. In it Petit comments, “I was on the edge of my seat. For the first time in the history of cinema millions of people will actually be on the wire with me.” He goes on to claim he felt his palms sweat while watching the movie in 3D, as he was “transported back to the most important day of [his] life.”

The featurette also shows multiple clips from the movie and gives audiences a glimpse of how lead actor Joseph Gordon-Levitt embodies the French daredevil. Although Joseph didn’t actually balance on a wire 110-stories in the air, he did train with Philippe in preparation for the role.

At the world premiere of The Walk, Gordon-Levitt revealed to Entertainment Weekly that he was greatly inspired by Petit. He noted, “[Philippe] is such an optimist…He’s such a positive thinker, and when someone believes that you can do something, then you yourself believe you can do it, and that’s when you can actually do it, when you believe in yourself.”

Joseph revealed his training consisted of a “nonstop” workshop with Philippe, beginning by simply walking on a rope on the floor. However, it quickly progressed as Joseph found himself on a wire 10-feet in the air just 8 days into training. Director Robert Zemeckis also revealed that some of the footage from Joseph actually on a wire during training made it into the film.

The French daredevil also talked to EW at the premiere and discussed his experience training Joseph. Petit explained, “I started not correcting him, but I started giving him all my passion and all my sense of theatre and poetry of the wire because I cannot walk on the wire without that passion and the love for the wire. I had to give that to the actor, and we see it on the screen.”

In addition to releasing a featurette, IMAX also teamed up with award-winning chalk and 3D street artist, Tracy Lee Stum. Tracy created highly immersive art displays at various screenings in California to celebrate the 3D event. Tracy enabled moviegoers to “walk the high wire themselves” through her creations. You can check out a time lapse of Tracy’s process here:

Early reviewers of the movie have already given it impressive ratings (right now at 87% on Rotten Tomatoes). Not only is the true story compelling, but viewers are raving about the visuals that create a one-of-a-kind experience. Critic Mick LaSalle of San Francisco Chronicle went as far as to say, “After two hours of The Walk, I felt as if I’d walked the wire myself.”

You can immerse yourself into Philippe’s incredible feat, as The Walk has hit theaters exclusively in IMAX 3D on September 30, 2015.