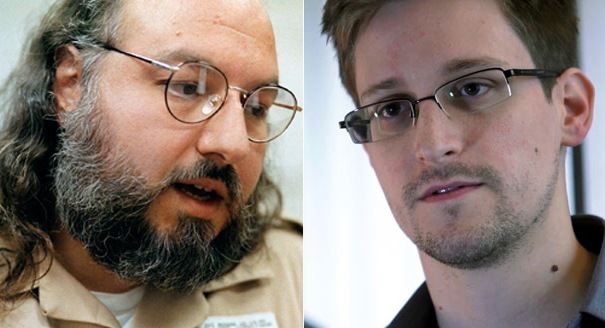 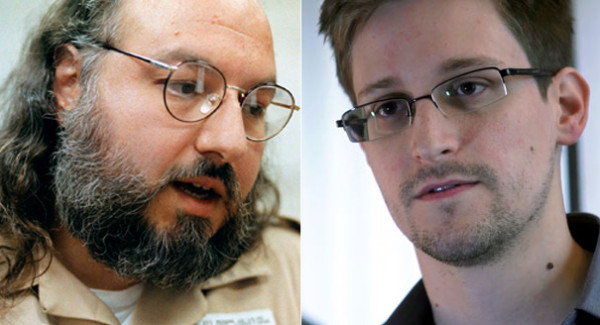 “The Rock,” is one of my favorite movies. Definitely has a high re-watch value, up there with “Con-Air,” “Face-Off” and “Die Hard” 1, 2 and 4. If I chance upon it on cable, the volume goes up and the remote goes down. Sean Connery’s character, John Mason reminds me very much of another old spy who‘s scheduled for parole later this year, Jonathan Pollard. Though Mr. Pollard probably couldn’t take on a bunch of specially trained soldiers, he had several things in common with John Mason. Their first name, that they were spies for friendly nations, that they were put away for a long time and that they’re old.

Mr. Pollard also has something in common with another man who divulged classified government information—Mr. Edward Snowden. Pollard passed classified information to Israel. Even though it’s a friendly nation, espionage is espionage and any country would prefer to keep things up their sleeves, even from friends. Mr. Snowden, who’s in the same line of work as Mr. Pollard (another thing they have in common) divulged National Security Administration secrets to the press. What they don’t have in common is that Edward Snowden is still at large and unlike Mr. Pollard who served his time, Snowden is now in Russia, not exactly besties with the US.

As stated, Mr. Pollard is soon to be paroled later this year. The man was sentenced to life for espionage in behalf of a friendly nation, namely Israel. His offense basically carries the same weight as the offenses of Edward Snowden and Wikileaks founder, Julian Assange. For Mr. Pollard, those secrets remained secrets unlike the situation with the latter two whistleblowers. The news of Pollard’s impending parole has raised questions whether Edward Snowden can come home, face charges but get pardoned, or put away indefinitely in the cell kept warm by Mr. Pollard.

The questions about Snowden have been put to rest by the Obama Administration that the man can go home but will face espionage charges for leaking thousands of classified documents to the press. The White House rejected a petition signed by almost 168,000 people to pardon Edward Snowden who made the people aware that the NSA was actively spying on US citizens. Hopes were raised when the government trimmed the fangs of its information vampire with the USA Freedom Act. The Freedom Act would seem to vindicate Edward Snowden and many people now consider him a hero while others still consider him a traitor, especially for dropping in on the Kremlin.

As far as the White House was concerned, it’s a free country and there are other channels for Snowden to voice out his concerns:

“If he felt his actions were consistent with civil disobedience, then he should do what those who have taken issue with their own government do: Challenge it, speak out, engage in a constructive act of protest, and — importantly — accept the consequences of his actions. He should come home to the United States, and be judged by a jury of his peers — not hide behind the cover of an authoritarian regime. Right now, he’s running away from the consequences of his actions.”

Many thought that Mr. Pollard’s life sentence was too harsh. So his tongue slipped to a friend, at least it wasn’t an enemy? Politicians, Israeli officials and American-Israeli activists lobbied for the sentence’s reduction or commutation. The Pollards even tried to rally Jewish Americans for support, but to no avail. It just goes to show that the US doesn’t take too kindly to tattletales. So what secrets exactly did Mr. Pollard pass on? Unlike today, these secrets remain secrets except for something that sounds like dried grapes and like Edward Snowden’s case, has something to do with surveillance. They were apparently very damaging according to former CIA director George tenet, Dick Cheney, Donald Rumsfeld and thousands of others in the intelligence community. If Alcatraz remained open, Mr. Pollard would have been a guest there, just like The Rock’s John Mason. It’s probably no surprise if John Mason was based on Jonathan Pollard.

It seems clear that Edward Snowden and Julian Assange can look forward to extended vacations once their feet touch US soil. Like Pollard, Snowden’s charges fall under the US Espionage Act where defendants are not allowed to raise a defense. But unlike Mr. Pollard, Edward Snowden and Julian Assange has the internet and social media at their disposal to gain US and possibly worldwide sympathy. US Administration officials would probably not risk a drop in approval ratings and throw Snowden and Assange in Pollard’s vacated cell, or would they?