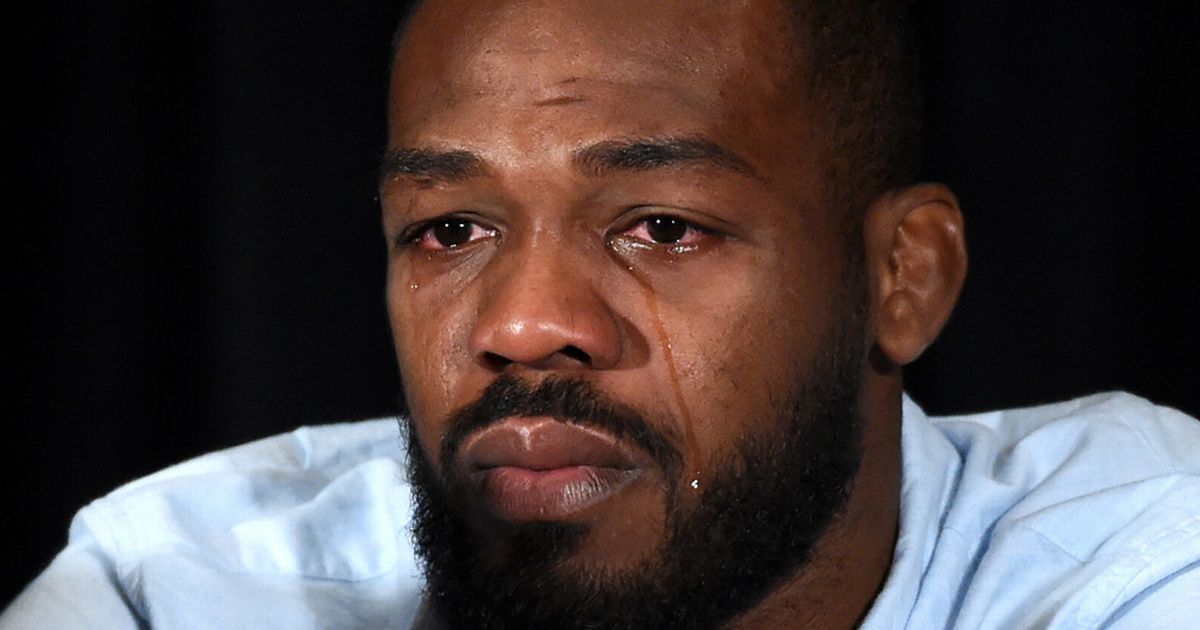 Dana White is still putting a happy face on the UFC 200 card despite a failed drug test by Jon Jones.

White had an early morning presser to let everyone know that once again one of the UFC’s biggest stars let the organization down .

“This sucks,” was White’s reply to a reporter’s question about what he would say to the fans.

That summed it up pretty damn well. All the build up to what could have been the biggest UFC PPV in history has been wrecked by a fighter who once appeared on his way to legend status.

Now it’s possible that Jones could be out of action for the foreseeable future.

With the UFC’s tough new drug policy, it would be easy for Dana White to second guess his company’s hardline stance on PEDs in the fight game. But the UFC Prez said this fight card can survive the hit because it was so packed from the prelims all the way up to the main fights.

White also stated that he had no regrets about the new doping regulations.

He may feel differently after the PPV numbers come in Sunday morning.

White did make it clear that Jones is innocent (sorta) until proven guilty. Jon Jones can request that his “B sample” be tested.

Whether he takes that step should give an indication of his guilt. At this point, what would be the downside for him?

Regardless, his shot at the title he once owned is over for the time being.

Before Daniel Cormier was brought out to share his thoughts with the press, a replacement main event was announced. Brock Lesnar v. Mark Hunt.

Hunt is an exciting heavyweight and Lesnar is always polarizing. Still, this is several notches below the caliber fight that just got canceled between Cormier and Jones.

As for the light heavyweight champ, he also defended the UFC’s doping policy. “The USADA is going to clean up our sport. We’re gonna have casualties along the way,” Cormier said.

The downtrodden Cormier stated repeatedly how disappointed he was, but did say he would take on a replacement opponent if the bosses of the UFC wanted to take that route.

Yet with UFC 200 less than forty hours away, that seems unlikely and not a smart move for the champion. Why take on a fighter Cormier has not specifically prepared for?

There is no upside….except for the fact that Daniel Cormier is a fighter and fighting is his life.

The same apparently cannot be said for Jon Jones who once again let the fight game and the fans down. After all the trouble he’s caused himself the past two years, his urine should have been as pure as Himalayan snow.

It’s possible he gets redemption with an appeal, but I can imagine the Vegas odds on that happening are about 100-1 against.

White closed out the presser quite appropriately as he read a text from UFC matchmaker, Joe Silva, who had just received the bad news.

“What the fuck just happened!”

Anderson Silva will be stepping into fight Daniel Cormier at UFC 200 on Saturday night. It’s not much notice, but he feels he’s ready for it.