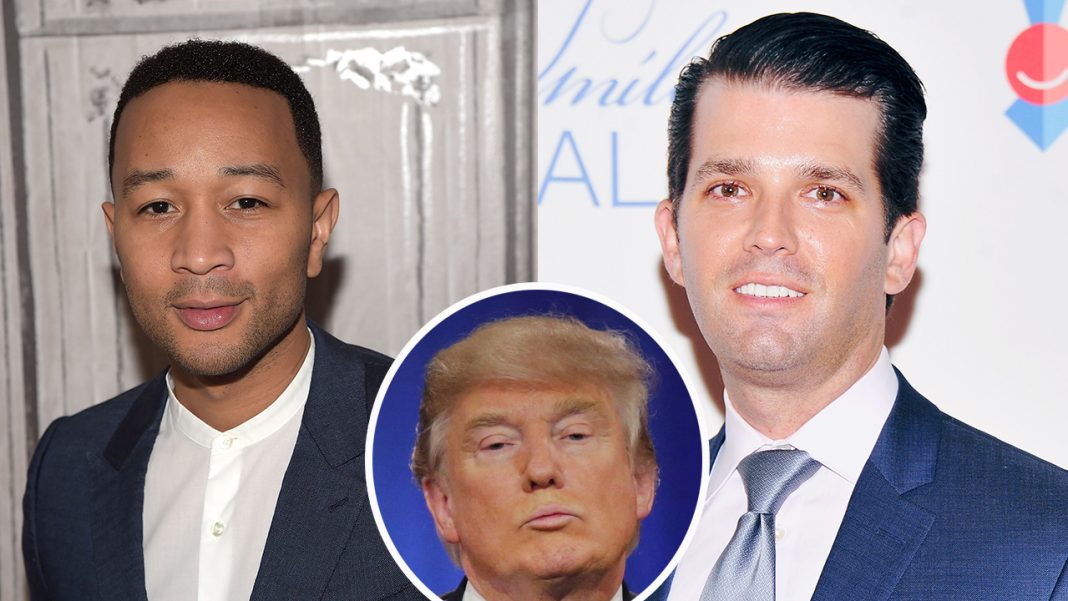 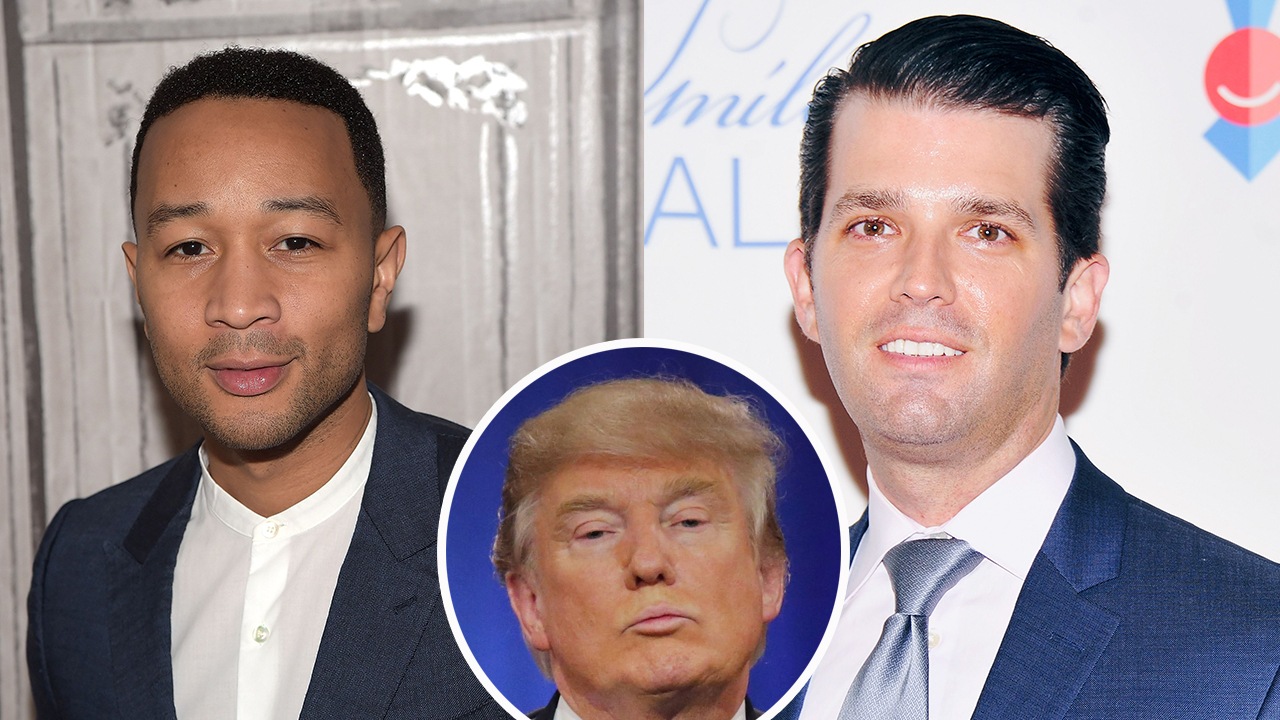 For the amount of ridiculous statements coming out of Republican candidate Donald Trump’s mouth, it is surprising that so few stars have expressed their opposition towards the reality star-turned-presidential hopeful. That being said, it was refreshing to see musician John Legend come forward and bluntly call out Trump for being a “racist” directly to his son, Donald Trump Jr.

The confrontation began when Donald Jr. posted a tweet stating that the people protesting at his father’s rally didn’t even know what they were even protesting about. The tweet said, “Ha 5 students, when asked why they were protesting, couldn’t even answer. The participation medal/micro-aggression generation is pretty sad!” Shortly after this John addressed Jr.’s comment, responding, “[Donald J Trump Jr.] I think they were protesting your racist father. This isn’t complicated.”

Ha 5 students when asked why they were protesting couldn't even answer. The participation medal/micro aggression generation is pretty sad!

.@DonaldJTrumpJr I think they were protesting your racist father. This isn't complicated.

This prompted Donald Jr. to fight back, posting, “Here we go again. That can’t be the answer for everything you don’t like. That’s why the country is so divided now!” However, John wasn’t willing to let Donald get away with this excuse and retaliated with, “no. It’s just the answer when racist racists are saying racist s*** and are endorsed by the KKK.”

@DonaldJTrumpJr no. It's just the answer when racist racists are saying racist shit and are endorsed by the KKK.

The exchange between John and Donald Jr. has gotten ample response from both sides. While John was inevitably plagued by a slew of Trump supporters, his comment definitely made an impact and got an important conversation started.

It seems that as people shy away from addressing Donald’s crazy antics/statements, he gains more and more momentum in the presidential race. Thus, here’s hoping that John’s strong stance will encourage more influential figures to speak publicly against Trump. 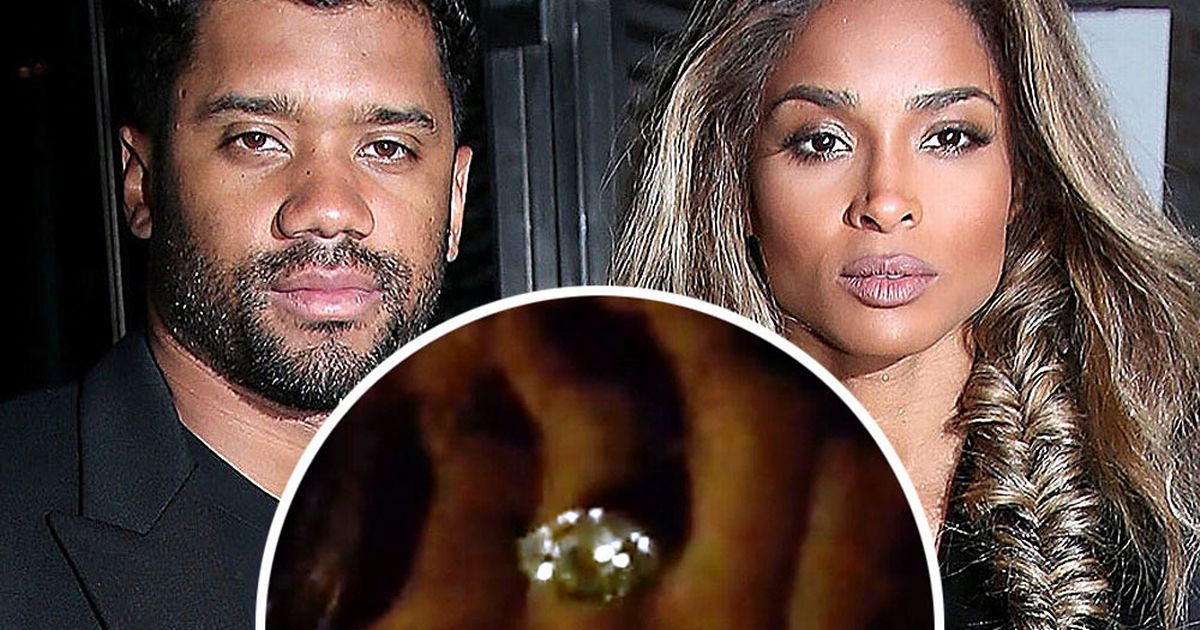 Friday was a big night for celebrity couple Russell Wilson and Ciara. After nearly a year of dating, Russell decided to get down on one knee and propose to the R&B singer.

After sweeping her off for a surprise getaway, Russell planned an elaborate, romantic night on the beach. Subsequently, this acted as the perfect backdrop for the special night.

After Ciara inevitably said “yes,” Russell took to his Instagram page to share the news with all of his followers. Alongside a video of Russell exclaiming, “she said yes!” the Seattle Seahawk captioned, “Since day 1 I knew [you, Ciara,] were the one. No greater feeling…”

Shortly after, Ciara also shared the video on her Twitter page. She added an affectionate caption addressed to her new fiancé, which stated, “God is good. Grateful for you. You are heaven sent. I’m looking forward to spending forever with you.”

God Is Good! Grateful For You @DangRussWilson. You Are Heaven Sent. I'm Looking Forward To Spending Forever With You pic.twitter.com/LideYmZPwj

Throughout their whirlwind romance, the couple has shown their commitment and devotion to one another – even in troubling times. Ciara has constantly shown her support for Russell, even when things are going so well on the field. Meanwhile, Russell has developed a strong relationship with Ciara’s son Future Jr. and has been there for her throughout her messy court battle with her ex, Future.

Hopefully, this is the final happily ever after for both Ciara and Russell!