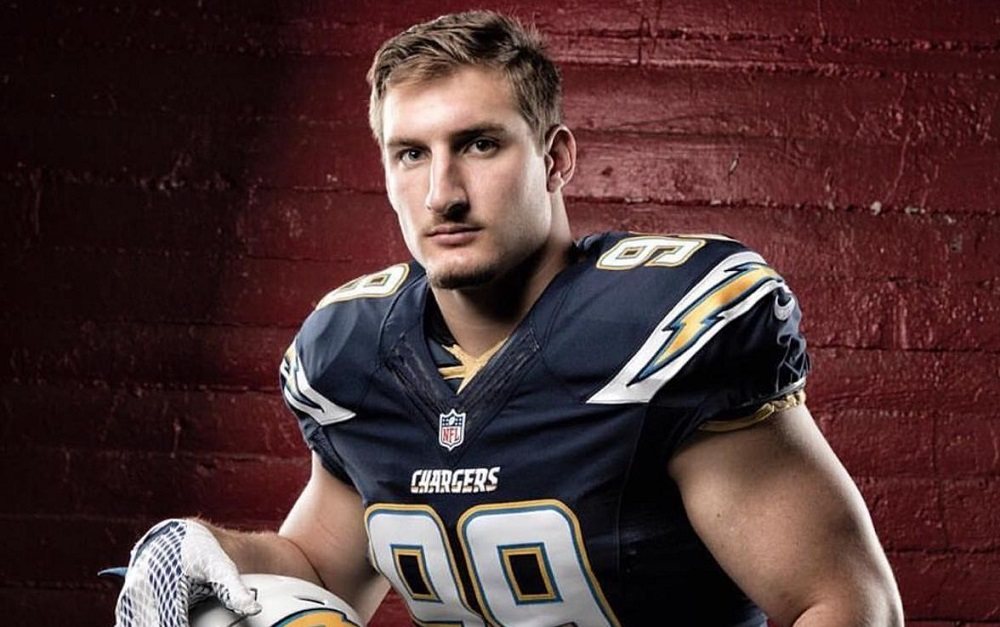 In what was one of the longest rookie negotiations in NFL history, Joey Bosa has ended his monthlong holdout Monday when he signed a four-year contract with the San Diego Chargers.

The team announced the signing five days after the two sides went public in their nasty spat over payment of Bosa’s $17 million signing bonus and whether the contract would have offset language. The signing also came a day after San Diego’s defense played poorly in a 23-10 exhibition loss at Minnesota.

The Chargers threatened last Wednesday to reduce their offer to Bosa under the assumption he wouldn’t be ready to play a full season. Bosa, the No. 3 overall pick out of Ohio State, was the last rookie to sign.

There was no immediate indication of what led to the deal getting done.

The Chargers released a statement Wednesday saying they had given Bosa’s agents their best offer and that it was rejected.

One of Bosa’s agents, Brian Ayrault, then released a statement saying the team had manipulated the facts and that going public would not strengthen the team’s relationship with the player.

The rhetoric accelerated earlier this month when Cheryl Bosa, Joey’s mother, posted a remark toward the Chargers on Facebook. In a reply to someone frustrated by the impasse, she wrote: “It bums me out for him so much. Wish we pulled an Eli Manning on draft day.”

On Thursday, Cheryl Bosa retweeted an article critical of the Chargers and added the comment, “The Chargers were petty and terrible even before they tried to stiff Joey Bosa.”

Bosa’s father, John, is a former first-round draft pick of the Miami Dolphins. He held out for 41 days as a rookie.

The Bosa spat came amid the Chargers’ push for a ballot initiative that will ask voters for a $1.1 billion subsidy via an increase in the hotel tax to help pay for a new stadium and convention center downtown.