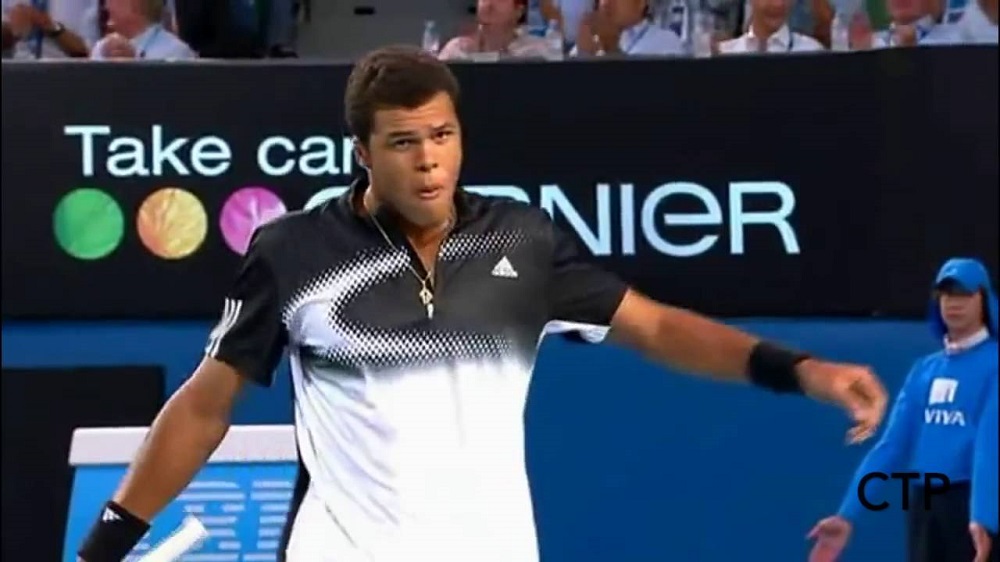 The ATP featured the most important tournament between the Australian Open and Indian Wells over the last week, an event that was played in Rotterdam. A 500-series event, the tournament brought out a fair number of the top stars on tour, including Grigor Dimitrov, Dominic Thiem, Tomas Berdych, and Marin Cilic. But all four of those players fell before the final, a match that was played on Sunday between David Goffin and Jo-Wilfried Tsonga.

Goffin may have overachieved in the tournament just in making the final. The Belgian was in the Sofia final just last weekend, and he entered Rotterdam without much rest. Perhaps all of the matches he has played recently caught up to him on Sunday against Tsonga. After winning the first set, the Belgian’s energy was not the same, and he ended up losing the final 4-6, 6-4, 6-1.

For Tsonga, the title is the first of his season and 13th of his career. His most-recent title before Rotterdam this weekend was back in 2015 at ATP Metz. The victory over Goffin ended a championship drought that lasted about a year and a half. That’s a development that Tsonga will certainly be happy for as he looks to get back into the top ten on tour.

“I’m really happy,” Tsonga claimed after winning Rotterdam. “These titles come at the right moments. The last couple of months I put in a lot of effort to come back to this level. It’s a huge reward for me, and it gives me new expectations for the rest of the year.”

In regard to Monday’s rankings, Tsonga will move up three spots and land as the World No. 11 on Monday.

Goffin will reach a new career high as the 26-year old will finally budge into the top ten on tour. He certainly will be happy about that achievement. However, he will also certainly be disappointed not to have a title from the last two weeks. He lost in the Sofia final to Dimitrov and with the loss to Tsonga, the Belgian is now 2-6 in tour-level finals.

“It was a great week in the end.” Goffin claim. “There was a lot of emotion this week, and I won a lot of matches. I was a bit tired today. I started the final really well, but in the end, Jo played better than me, especially in the third set. Of course, I’m disappointed, but I played some good tennis and will be in the Top 10 on Monday.”

The back-to-back deep runs in back-to-back weeks certainly attests to Goffin’s physical fitness. However, his inability to close out either tournament likewise attests to the fact that his game is still just a little behind that of several players on tour. A member of the Lost Generation, Goffin’s defeat is yet another example of #OldGen continuing to dominate their mid-career opponents.

Another title this weekend went to Alexandr Dolgopolov in Buenos Aires. Dolgopolov’s title is just the third of his career and first since way back in Washington in 2012. The Ukrainian, in defeating Kei Nishikori in the final, looked more like the guy that beat Robin Soderling in the 2011 Australian Open as opposed to the off-form guy we’ve seen over the last few seasons.

Upcoming this next week is Delray Beach, Marseille, and Rio de Janeiro. Milos Raonic and Juan Martin are in the Delray Beach draw, Tsonga (barring a pull-out) is in the Marseille draw, while Thiem and Nishikori are in the Rio draw.