George Clooney served up a comedic drama that gave Paramount Pictures the worst wide-release opening total in its history. Steven Spielberg’s production company delivered a military drama that went widely ignored. The Weinstein Company offloaded a horror movie in very limited release and took in a grand total of $742.

“Obviously we are disappointed in these results which we don’t feel are indicative of the quality and message of his original movie,” said Kyle Davies, president of distribution for Paramount.

Put simply: Hollywood had another horrific weekend at the box office.

The No. 1 movie was “Jigsaw,” the eighth installment in the “Saw” horror series. It took in about $16.3 million, according to comScore, which compiles box office data, tying “Saw VI” for the lowest opening in the franchise, after adjusting for inflation. Analysts had anticipated ticket sales of roughly $20 million for “Jigsaw,” which received poor reviews.

Lionsgate, which spent a modest $10 million to make “Jigsaw,” also had the No. 2 movie. “Tyler Perry’s Boo 2! A Madea Halloween” collected an estimated $10 million, for a two-week total of $35.5 million.

According to comScore, domestic ticket sales for October totaled $539 million, a 13 percent decline from the same month last year, when dramas like “The Accountant” and “The Girl on the Train” got turnstiles clicking. Explanations for the downturn include the escalating popularity of streaming services — “Stranger Things 2” arrived on Netflix on Friday — and subpar offerings from Hollywood; Mr. Clooney’s film, “Suburbicon,” received a D-minus grade from ticket buyers in CinemaScore exit polls.

After years of focusing on big-budget fantasy movies, Hollywood may also have inadvertently trained people to think of moviegoing as less of a pastime and more as a special event. (Next weekend, Disney will release “Thor: Ragnarok” in theaters, and ticket sales are expected to be massive as reviews have been very positive. In partial release overseas over the weekend, “Thor: Ragnarok” collected $107.6 million, beating “Guardians of the Galaxy Vol. 2” in some countries.)

Contributing to dismal weekend results in North America was “Suburbicon,” which is Mr. Clooney’s sixth film as a director and his fourth misfire. Bludgeoned by critics — “a tonal disaster from start to finish” is how RogerEbert.com put it — “Suburbicon” cost about $25 million to make, and took in roughly $2.8 million in the United States. It was distributed into 2,046 theaters, giving Paramount its worst wide-release result on record.

“Suburbicon” is not a financial catastrophe for Paramount. After initially passing on the script, the studio ended up paying about $10 million for domestic rights. Foreign distributors covered the balance of the cost. The problem is that Mr. Clooney — an Oscar-winning actor and producer — has now had more misses than hits as a director, which is usually when studios cut off the money. (Especially if you are a female director.)

Mr. Clooney’s last film, “The Monuments Men,” was also a critical and commercial disappointment in 2014. So was “Leatherheads” in 2008. His first stab at directing, “Confessions of a Dangerous Mind,” got good reviews in 2002 but fizzled at the box office. Mr. Clooney’s successes as a filmmaker have been “The Ides of March” in 2011 and “Good Night, and Good Luck,” for which he received an Oscar nomination for best director in 2006.

“Suburbicon,” which debuted at the Venice Film Festival, was crafted as a fusion between an old Joel and Ethan Coen home-invasion comedy script and a more pointed satire of racism in a 1959 suburb. Critics didn’t respond well to the mix, either; its Rotten Tomatoes score is just 26 percent fresh.

Paramount paid $10 million for domestic distribution rights for the Black Bear Pictures production, made for about $25 million. The studio has recently backed several divisive releases from respected filmmakers, including Darren Aronofsky’s “mother!” which also sputtered at the box office and garnered an even worse F CinemaScore.

Also flopping over the weekend was “Thank You for Your Service,” which cost Mr. Spielberg’s Amblin Partners $20 million to make and took in roughly $3.7 million. “Thank You for Your Service,” which received mostly positive reviews and was distributed by Universal Pictures, may have suffered from a lack of audience interest in films involving the wars in Iraq and Afghanistan. “American Sniper” was a smash hit in 2014, but ticket buyers have rejected entries like “Billy Lynn’s Long Halftime Walk” (2016), “Green Zone” (2010), “In the Valley of Elah” (2007), “Lions for Lambs” (2007) and “Home of the Brave” (2006).

Also notable: “Amityville: The Awakening,” a low-budget horror movie from Dimension, a division of the embattled Weinstein Company, and Blumhouse Productions, was made available in 10 theaters on Saturday. The fate of this movie, which was released on GooglePlay for free earlier this month, was decided long before the sexual harassment crisis that has enveloped the Weinstein Company in recent weeks. But it nonetheless adds to the poor recent track record of Dimension, run by Bob Weinstein.

But overseas, where “Thor: Ragnarok” began its worldwide rollout, was a different story. The Disney release grossed $107.6 million internationally from about 52 percent of the marketplace. The “Thor” sequel opens in North America, China and elsewhere on Friday. 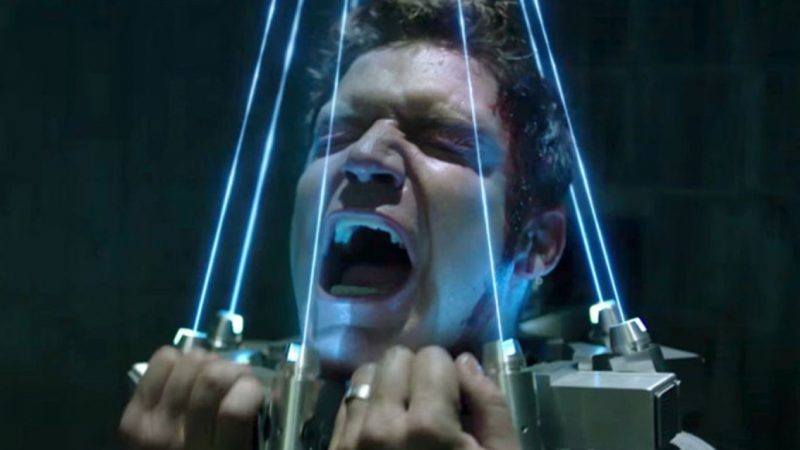