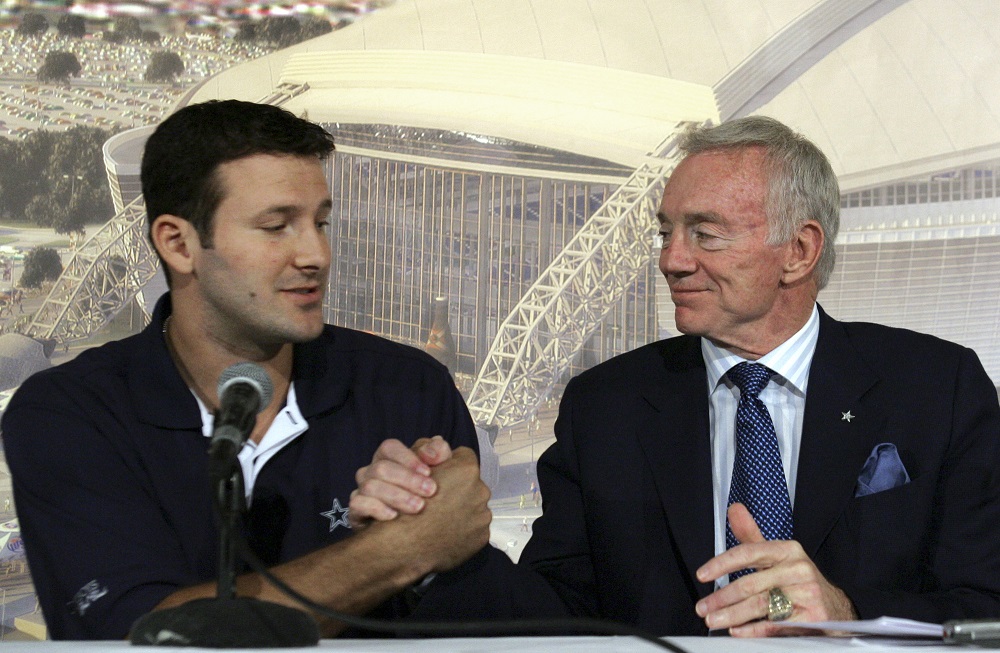 After a preseason injury knocked him out of football for a few months, Dallas Cowboys quarterback Tony Romo watched his time with the team end as rookie Dak Prescott led the Cowboys to 13-3 record, something the team hasn’t done since 2007 under Romo.

The now isn’t if Romo will leave this offseason, it’s where will he go? Many teams need a quarterback; however, few may be willing to take a chance on the overpriced 36-year-old with the back of an elderly woman. Someone will pick up Romo, though. Many people have pointed to the Denver Broncos as a potential landing spot, but what if Tony ends up in the NFC? Owner Jerry Jones doesn’t even want to think about that.

“That bothers the heck out of me because I know wherever he goes, he’ll start,” said Jones when asked about the possibility of competing against his old quarterback. “I know wherever he goes; he’ll compete, absent injury. We saw a guy several years older than him win a Super Bowl. I think he’s that kind of player, so you’ve dealt in your own conference somebody that has the possibility to come back and beat us.”

The last two Super Bowls have shown what elderly QBs (by NFL standards, at least) can do, with Peyton Manning leading the Denver Broncos to a Super Bowl 50 victory and Tom Brady and the New England Patriots winning the Big Game this past season. However, while Jones seems to believe Romo can still compete, there’s no way he’ll bench Prescott after his performance this past year, and there’s no way he’ll pay $17 million for a backup. Romo is gone.

“We’ve got a lot to do. We’ll get it sorted out. That’s what it’s all about. Relationships come into play here. When you’ve got the kind of relationship I’ve got with him, and they type of person that Tony Romo is, we’ll get this worked out.”

It won’t be a pretty situation in general, but at this point Jones is just crossing his fingers that he won’t cross Romo’s path again.