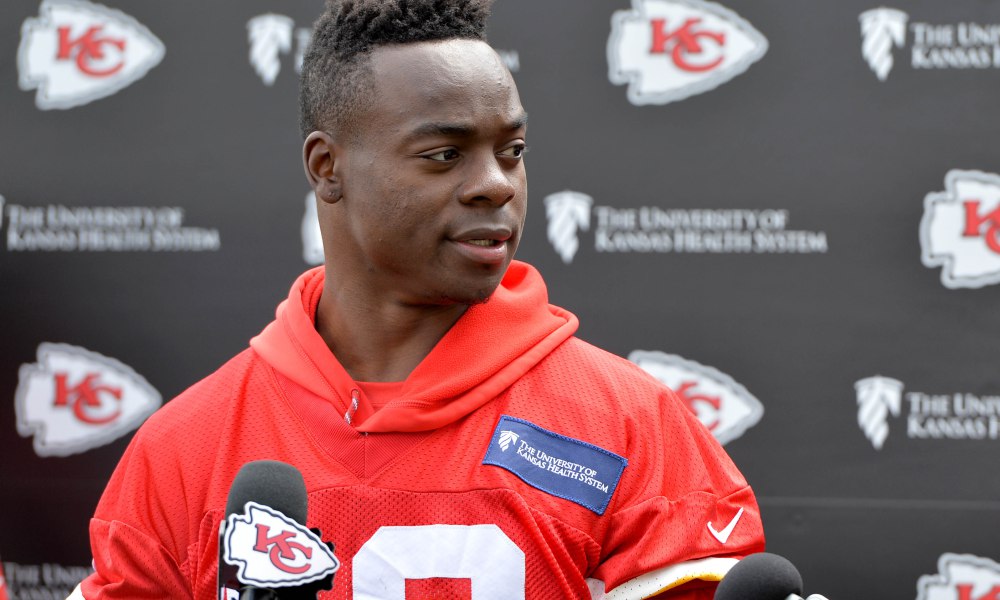 If there are any sports general managers or future GMs reading this, please take note: when you’re about to make a relatively big roster move, you should run it by your bread winners first.

No, I’m not saying that you should let LeBron James or Eli Manning make all the calls. Players should never also be the GM. But what I am saying is you need to consult with them when making decisions.

Case and point: the Kansas City Chiefs released Pro Bowl wide receiver, Jeremy Maclin, this weekend in a move that surprised many people (myself included). One person that it should not have surprised is Chiefs quarterback Alex Smith.

“Shocked,” said Smith. “Jeremy is a really good friend, an amazing teammate, so still kind of just processing that he’s not going to be in there with us, a guy that’s done a lot for us the last two years, a guy I’ve grown really close to. He and I have been playing a long time, been around this a long time. They say it is a business, but obviously for us as teammates, it’s not. It’s very personal.”

Again, I’m not suggesting that Smith should have the ability to veto a decision the general manager makes, but the quarterback and franchise player certainly should have been aware that his second-favorite target was going to be released.

It makes sense why the Chiefs would want to part ways with Maclin: his $55 million deal is a lot, especially with emerging superstar Tyreek Hill ready to pick up the bulk of the targets moving forward and tight end Travis Kelce still sitting at the top as Smith’s favorite target.

Additionally, Maclin’s production dropped significantly between 2015 and 2016 with the Chiefs. When he signed in 2015, Maclin was a godsend to a Chiefs receiving core which didn’t have a single touchdown in 2014. Not one wide receiver scored.

Maclin put up eight touchdowns in his first year along with 1,088 yards. 2016, on the other hand, was a different story, managing only 536 yards and two touchdowns despite playing in only three fewer games than the year before. The Chiefs were clearly justified in their decision to chop $10 million off the books for the coming season.

It doesn’t make things easier for Smith, but he has faith that the younger guys will step up in Maclin’s place.

“Obviously Jeremy was a leader and a veteran presence in that room,” continued Smith. “With that gone a lot of the young guys will have to mature fast, learn from that example and will be able to step up.”

The big problem here is that Smith had no idea the move was coming, and it came less than a month after Smith attended Maclin’s wedding. As he said, it’s a very personal move as far as he’s concerned. That, combined with the fact that he found out from ESPN like the rest of us doesn’t do the Chiefs any good.

Kansas City got rid of Smith’s favorite wide receiver and drafted a young quarterback in Patrick Mahomes at No. 10 overall. If I’m Smith, I think that the Chiefs are trying to run me out of town.

While Smith deals with uncertainty, Maclin seems to have a job waiting. His former teammate from the Philadelphia Eagles, Buffalo Bills running back LeSean McCoy, and Bills QB Tyrod Taylor have already began recruiting the receiver to embrace the cold and come play in up-state New York.

“I know he could help us out tremendously,” said McCoy, speaking at his charity softball game. “I’ve been doing my recruiting already, and don’t be surprised if it happens.”

Of course, signing a high-profile, big price tag player like Maclin is often easier said than done. The Chiefs just cut him to save $10 million on their salary cap, and you can bet that Maclin will be looking to sign for a cool $8-10 million this coming season despite the drop off in productivity between 2015 and 2016.

Nonetheless, the Bills could use the attention and the playmaking abilities to bolster their otherwise lackluster receiving core after Sammy Watkins severally disappointed this past season.

“Would love to have a guy like him on our team competing and coming out and making plays for us,” said Taylor, also speaking from McCoy’s charity softball game. “Especially means a lot to our wide receiver room, putting another veteran guy with a whole bunch of talent and still potential left to reach his best. I would love to have him.”

So, Maclin, the man that got cut, seems to have a team ready to take him in with more suitors sure to follow. Smith, on the other hand, might not be secure in his position with the Chiefs post-2017.

So, for future reference, at least send a memo to your QB beforehand.