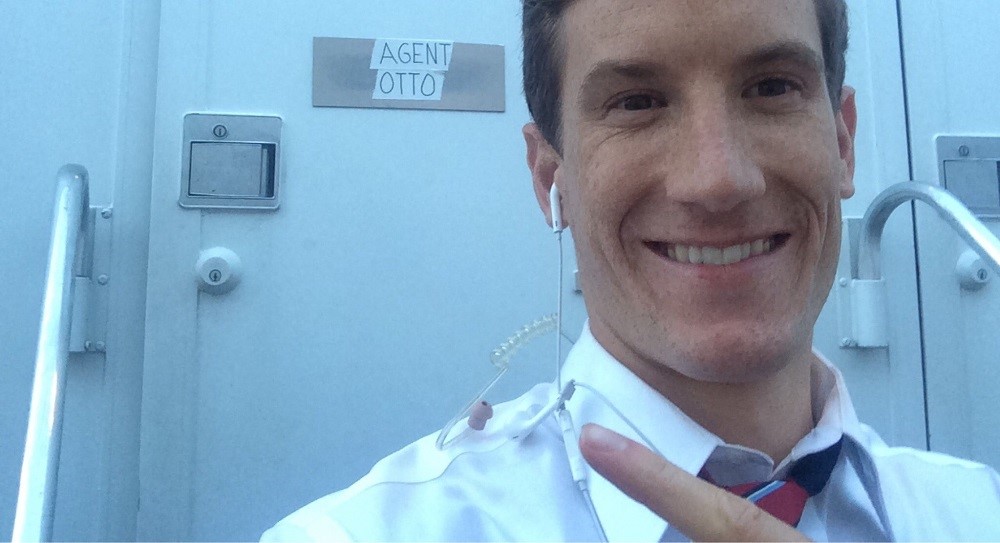 There’s a reason why the Supernatural mid-season finale was called LOTUS … nothing to do with the British car (although the British Men of Letters are reintroduced) but to do with the President – as such, the episode features a couple of Secret Service agents, including Jeff Craigen, who plays Agent Otto.

Tell us about your character, Agent Otto.

Agent Otto is a Secret Service agent, and he’s protecting the president – he’s the main guy. Basically, I see Agent Otto as very kind of high strung – I mean, anybody in the Secret Service industry is going to be very stressed out, trying to protect the president. Always having to watch around the corner and watch your back, and keep everything in line. 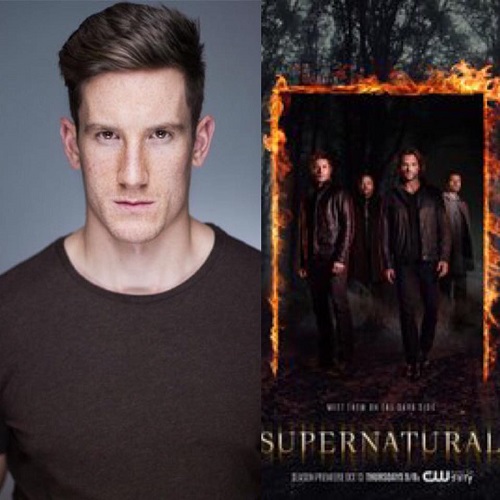 What did you enjoy most about acting on Supernatural?

I loved the crew – I had such a great experience on set. Phil, the director, and all the actors on set their just really fun to work with, really, really good at what they do. It’s really nice to work with some amazing actors. I had some really funny moments with them, the actors, as well. It was just an all-around great experience. They’re really welcoming, really there to create a great show, which I really love because there are sometimes shows that you go on and it’s not like that. The passion for the show and to create the story was huge; I just loved every day. I wish I could come back.

I was doing some ADR and the producer said, “Why aren’t you in the next episode?” I said, “Well, that’s not really up to me, but I’m ready!”

I do have a couple of behind-the-scenes stories to share. So there’s a scene where I’m opening up the closet and Misha Collins (Castiel) is in the closet there; one of the guys made a joke and said, “Oh, he’s finally coming out of the closet!” That was a good little laugh on set. That was probably one of the funnier moments on set.

Working with David, Lucifer – he’s just an amazing person, I felt like he was a mentor to me on set, I was really just picking his brain, and watching what he does. Just absorbing what I can from these great actors and professionals.

What prompted you to become an actor?

I was working up North on the oil rigs at the time, and I didn’t really know what I wanted to do. I was doing stuff up there, making good money, and I decided, I don’t really want to do this. So I came back to my hometown in Vernon (British Columbia), and it was actually my mom who brought the idea and said there’s this drama school. I’m like, yeah, I’ll check it out. I was on two-week break from work, and I basically went to this drama school, and two weeks after the class, I was like you know what, this is what I want to do. I ended up dropping my electrical apprenticeship, I quit my job up North, I’m like I want to go full throttle. But then I realized that I didn’t have much money. I was like well, I think I need to go back up North and make some money and then I can take off to Vancouver to start living the dream. So I kind of paid my way through it and I’ve been at it since, hustling hard and really going at it. It’s been awesome; it’s been a good journey so far.

Just some commercials, but the last project was iZombie that I was on. So far it’s just been some shows and a bunch of commercials. Me and a couple of friends are working on some indie projects here and there, but just kind of getting things rolling with it. Other than that, just been auditioning a ton. It’s been really good, I’ve had some really great auditions. I’m on hold for a couple of things, so we’ll see what happens.