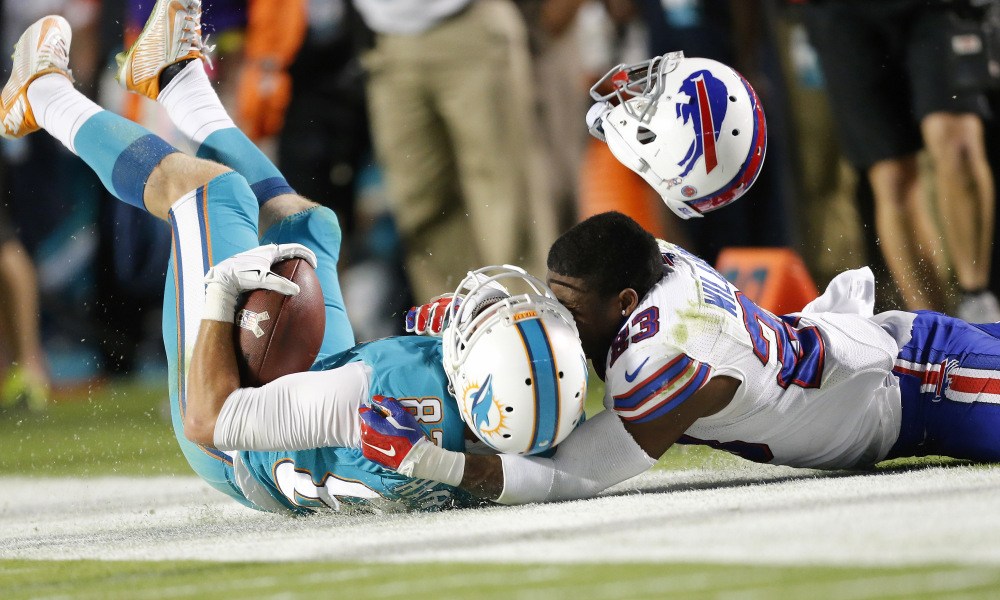 “Totally unnecessary. Did he launch? Target? Yeah,” said Ryan via the Bills’ Twitter account. “Unsportsmanlike? Yeah. Now I have a player in jeopardy. Aaron Williams was in meetings, walking around the building. Our medical staff is still in the process of evaluating his head and neck. Never need to launch, hit a guy in the head or neck. They say it’s a football play. It wasn’t…I’m sure Landry realized it was a mistake.”

Jarvis, indeed, realized his error and tried to make amends with his division rivals.

“I apologized,” said Landry via the Bills website. “I just told him to get better. You never want to see that happen to anybody…If I could take that hit back, I would. It’s a guy’s livelihood.”

The Bills main attention, however, is on Williams and ensuring a safe recovery. Williams had neck fusion surgery last October, and the doctors gave him a 50/50 shot at ever playing football again back then. The team has no word yet on whether or not Landry’s hit will have a significant impact on Aaron’s ability to play moving forward.

While Landry was flagged 15-yards on the hit, he was not ejected. FOX Sports NFL Rules Expert Mike Pereira explained the reasoning.

“To me, it is a football play,” said Pereira. “You certainly have the right by rule because the rule does say that flagrant offenders can be disqualified, but usually ejections come from non-football acts that happen after the play. So a punch or a kick. But if it’s a football act, unlikely to ever see disqualification.”

Ryan, of course, wasn’t happy with that decision. Instead, Rex hinted at a more collegiate-esque ruling, where the play goes up for review. Ryan would also like to see players ejected for dirty hits, crack-back blocks, and other helmet-to-helmet blows.

The NFL is also considering making pass interference reviewable. Games are about to get a helluva lot longer.