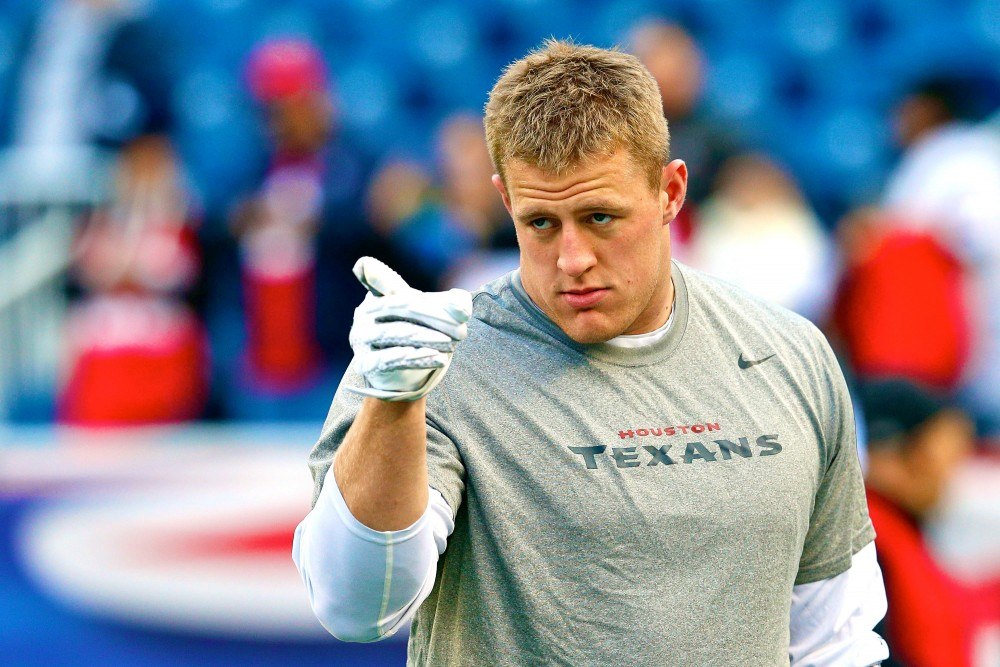 If you were asked to name the top five toughest players in the NFL, Houston Texans defensive end J.J. Watt would be at least three of them. Watt has played through just about every injury imaginable, including five (FIVE) torn abdominal muscles in 2015.

Despite his perpetual invincibility and assumed ability to play forever, Watt may be considering a retirement from professional football sooner than later.

Considering Watt is only 27 years old and has won the NFL Defensive Player of the Year Award in three of the last four seasons, eclipsing double-digits sacks in each of those four years and posting 20.5 sacks in two of them, a time when Watt isn’t a top player in the league seems like a distant dream.

Of course, what Watt is pondering is nothing new, especially today. J.J.’s body has clearly taken a toll in his short time in the NFL (considering his nose bleeds perpetually). Other stars such as Calvin Johnson and Patrick Willis retired after not necessarily dropping from the ranks of the elite but falling behind some of the younger talents in the league. And then, of course, players like Chris Borland have made retiring young more commonplace. And let’s not forget Barry Sanders, who walked away in the prime of his Hall of Fame career.

Whether or not Watt will walk away in a few years will be a wait-and-see situation. Either way, the fact that he’s publicly thinking about hanging up the cleats after five seasons in the NFL is shocking for a player of his caliber.