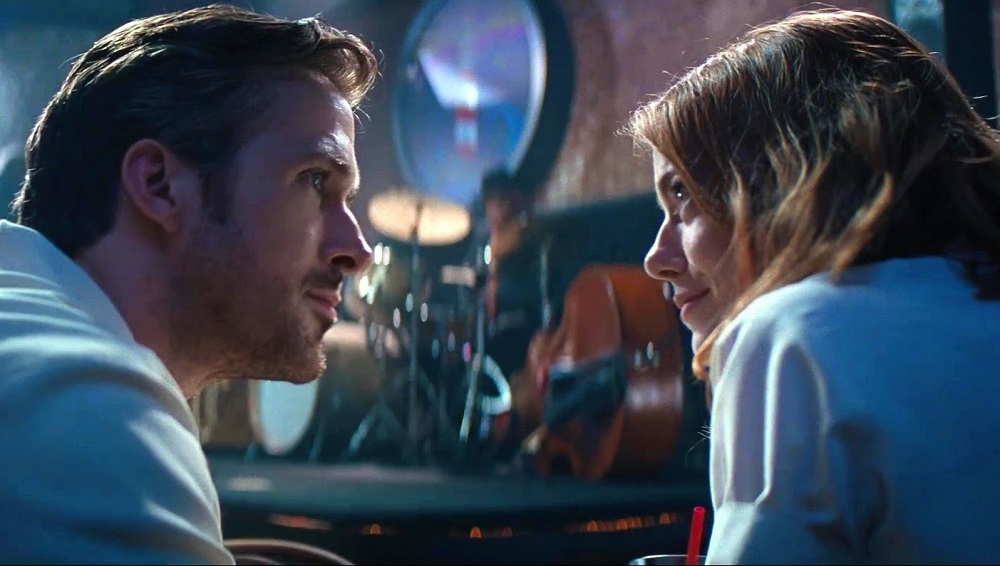 The 89th Academy Awards surprised everyone on Tuesday morning, and not from the usual shocks and surprises with nominees. It was how they performed the ceremony.

Rather than the usual crack of dawn announcements in Los Angeles, ABC aired what seemed more like an infomercial with Marcia Gay Harden and Dustin Lance Black as the announcers.

You can see the full list of the 89th Academy Award nominations here.

No matter how many old veterans leave the Academy of Motion Picture Arts and Sciences and how many new recruits arrive, the nature of the choices the membership makes rarely varies: The voters like what they’ve always liked.

They may want it in different packages, they may try to mix and match, but certain kinds of satisfactions are bred in the bone and will not be denied.

This dynamic was visible all across the 2017 Oscar nominations, starting with a record-tying 14 nominations for Damien Chazelle’s “La La Land.”

That film hit the jackpot by combining the traditional form of the musical with modern plotting and charismatic, up-to-the-minute stars Ryan Gosling and Emma Stone. And the fact that the whole thing was set on Hollywood’s home turf certainly didn’t hurt. 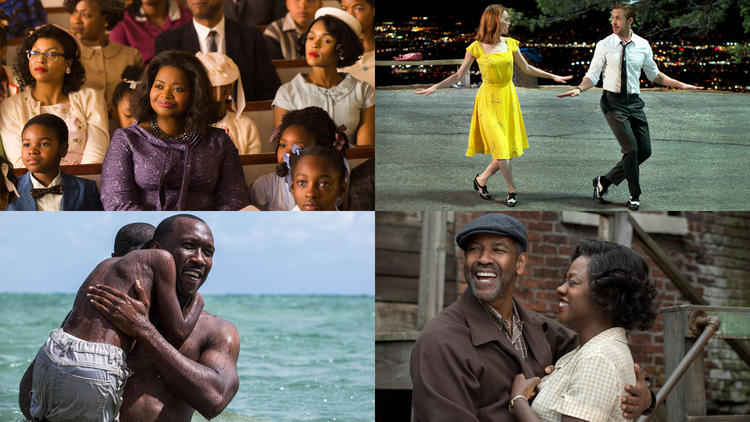 “La La Land” matched “Titanic” and “All About Eve” for most nominations ever, earning nods for best picture, stars Emma Stone and Ryan Gosling, its jazz-infused songs and its 32-year-old writer-director, Damien Chazelle.

“I’m in Beijing right now. This only adds to the disorientation,” Chazelle said by phone Tuesday. “All that I have in my head is ‘thank you’ a million times over.”

In stark contrast to the last two years of all-white acting nominees, seven actors of color were nominated out of the 20 actors. A record six black actors were nominated (“Fences” stars Denzel Washington and Viola Davis, Mahershala Ali and Naomie Harris of “Moonlight,” Ruth Negga of “Loving” and Octavia Spencer of “Hidden Figures”), as was Dev Patel, the British-Indian star of “Lion.”

Jenkins, who was nominated for directing and adapted screenplay, said the nominations for “Moonlight” and other films showed that people were eager to put themselves in the shoes of others.

“I love the American film industry and to see it this year, I feel, really reflect the world that we all live and work in, it gives me hope,” Jenkins said by phone from Amsterdam. “It heartens me. There’s a lot of work being done to make this year not be an anomaly.”

The biggest surprise of the morning was the strong boost of support for Gibson, who had long been shunned in Hollywood since an anti-Semitic tirade while being arrested for drunk driving in 2006 and a 2011 conviction for domestic violence. Along with the best picture nod, Gibson scored an unexpected best director nomination. Gibson, whose ninth child was born Friday, said in a statement that nothing was more exciting than hearing the nominations read while holding my newborn son.”

Andrew Garfield, who was nominated for best actor for his performance in “Hacksaw Ridge,” said Gibson deserved the moment.

“I think finally people are remembering who Mel actually is, not what the tabloids (said),” said Garfield by phone. “I’m so, so proud of him.”

“Arrival” tied “Moonlight” for the second most nominees with eight nods. Yet its five-time nominated star, Amy Adams, was left out of the competitive best actress category.

Viola Davis, the supporting actress front-runner for her performance in “Fences,” notched the expected nomination. Also up for the category are Harris, Spencer, Nicole Kidman (“Lion”) and Michelle Williams (“Manchester by the Sea”).

Whether fairly or not, the nominations were measured as a test for the revamped film academy. It’s the first Oscars voted on since academy president Cheryl Boone Isaacs ushered in new membership rules and added 683 new members as a way to diversify a predominantly white, male and elderly group, which now numbers 6,687.

The inclusion influx Tuesday wasn’t driven by any kind of response to the last two Oscars; most of the nominated films have been in development for years. And the awards still left many groups unrepresented. No female filmmakers were nominated for best director and outside of Lin-Manuel Miranda (up for his song to “Moana”), Latinos were nearly absent.

Four black directors dominated the documentary category: Ava DuVernay (“The 13th”), Raoul Peck’s (“I Am Not Your Negro”), Ezra Edelman (the seven-plus hours “O.J.: Made in America”) and Roger Ross Williams (“Life, Animated”). The other nominee was “Fire at Sea.”

Instead of announcing nominees live in Los Angeles, the Oscars streamed pre-produced videos of previous winners introduced each category – an innovation that drew mixed reviews.

But the regular business of today’s corporate-driven Hollywood is increasingly set apart from the industry’s awards season, where smaller, critically adored films like “12 Years a Slave,” ”Birdman,” ”Boyhood” and “Spotlight” have recently dominated. Only one major studio – Paramount, which distributed “Arrival” and “Fences” – scored a best-picture nomination.

Amazon, however, landed its first best-picture nod for Kenneth Lonergan’s “Manchester by the Sea,” which the streaming retailer partnered with Roadside Attractions to distribute. Netflix also scored three nominations, including two for documentary short and one for feature documentary (“The 13th”).

The dearth of blockbusters will pose a test for host Jimmy Kimmel, who’ll be presiding over the Feb. 26 Oscarcast for the first time. While the Academy Awards are still among the most-watched TV programs of the year, ratings have been in decline the last two years. Last year’s broadcast, which host Chris Rock introduced as “the White People’s Choice Awards,” drew 34.4 million viewers, an eight-year-low.

Like others, Viggo Mortensen expects this year’s broadcast to have a strong political undercurrent. “The Trump White House,” he said Tuesday, “is about, to some degree, shutting people up who you don’t like or who don’t agree with you, and I think the Oscars will probably be the opposite of that.”

Nominees for best-animated film split between big and small films: “Kubo and the Two Strings,” ”Moana,” ”My Life as a Zucchini,” ”The Red Turtle” and “Zootopia.” The year’s second-biggest box-office hit, “Finding Dory,” was surprisingly shut out.

In the foreign language film category, Maren Ade’s Cannes sensation “Toni Erdmann,” from Germany, was nominated alongside Denmark’s “Land of Mine,” Sweden’s “A Man Called Ove,” Australia’s “Tanna” and Iran‘s “The Salesman,” from Asghar Farhadi, whose “A Separation” won the award in 2012.