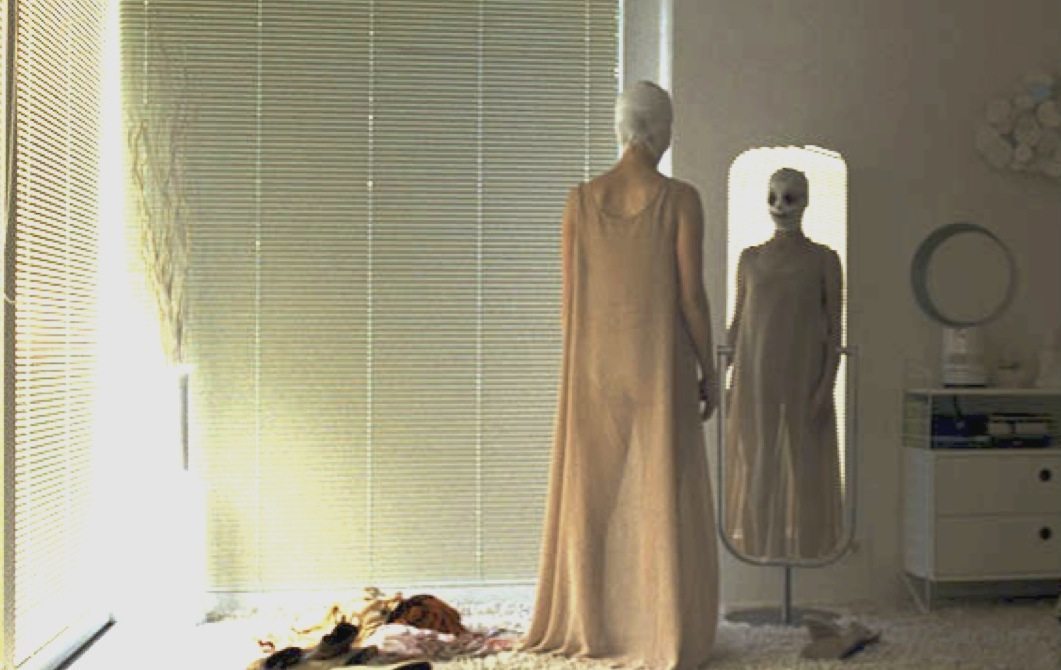 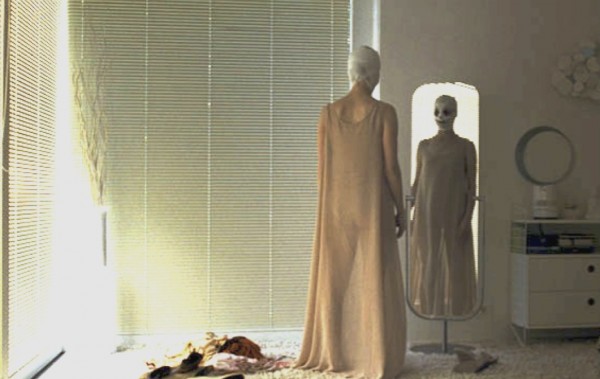 Goodnight Mommy, hailed as the best horror film of the year, I am sorry to burst the bubble, is far from that.

I know that we like to give foreign films a lot of accolades because, ya know, American’s don’t know how to do the genre well, but this movie does not live up to the hype that the Internet has given it.

In limited released, Goodnight Mommy tells the story of Lukas and Elias, twins who have to readjust to their mother’s return to the home after something tragic. An accident (we assume) caused severe damage to her face and for a good portion of the movie her face is covered in bandages. The boys confide in each other about everything and from the beginning we are made to believe that the mother is not really their mother.

Now before I go any further, this movie review does have spoilers. So continue reading at your own risk.

The story is not that different from others that we have seen. It is actually quite easy to see from the beginning the plot twist. I figured it out within the first 30 minutes of the movie (and will tell you in a few).

We are not told much about the mother or why the boys believe that she is not really their “mutti.” Yes she has bandages and yes the way they cover her bruises does give her an eerie, frightening feel but let me be clear to tell you that this is not a horror film. It is barely a thriller.

One of the central conflicts of the movie is that Elias is upset with his mother for not acknowledging Lukas. She doesn’t feed him, she doesn’t listen to him, she doesn’t not react to him in any capacity. This is because, big surprise here, Lukas is just a figment of Elias imagination, in that he did exist but died. As a way to deal with his brother being gone, and for feeling some kind of responsibility for his death, he wills him still alive by talking to him. Lukas, in essence is really Elias’ alter ego and serves as the antagonist in the movie.

The boys’ suspicion really picks up as they go and visit a church and a police station to report that their mother is missing. Because people in the city know what happened, they entertain Elias and bring him back to his mother without incident. This is when the boys start to hatch their plan to get the truth out of the woman they deem an imposter.

This is also where it gets really graphic and gruesome. The things that these boys do to their mother are horrible. They tie her to a bed, they burn her face with a light of the sun through a magnifying glass. They GLUE her lips together after she gets the tape they initially put over her mouth off and then they cut it back open, causing blood to just gush from her mouth.

The thing about Goodnight Mommy is that it doesn’t explain important details. Why does Elias not believe the woman is his mother and how did Lukas die, are relevant to the full telling and understanding of this story, to me.

The movie is slow to start, which I know is something that foreign films are known for, but it did not deliver on its creepy crawly unfolding. On top of that, the premise of the story, a twin imagining his brother is still alive and we see it as such, is not impressive.

In the end, the “boys” finally let their mother go and she almost gets away, but is caught by one of their booby trap, which ultimately becomes her demise (she trips and hits her head). When she comes to, she is tied, there are candles surrounding her and the Elias is standing over her. She knows that she is in for something bad so she tries to reason with him saying that she will start speaking to Lukas again and making him breakfast as well. Elias almost gives in but “Lukas” talks him out of it and he sets the house on fire. We see his mother engulfed in flames screaming in agony.

It is clear early on in the movie the direction in which it will go. Some people like it and some, like myself don’t. There isn’t enough suspense and it just turns into a sick situation.  I give it a C.